The Ministry of Micro, Small and Medium Enterprises (MSME) has launched ASPIRE Fund with a corpus of $8.9 Mn (INR 60 Cr) that aims at the promotion of entrepreneurship in rural India. The fund was launched by Kalraj Mishra, Minister, MSME, India.

The funds launched will be administered The Small Industries Development Bank of India (SIDBI), as per an official statement.

They are a part of an initiative launched under “A Scheme for Promotion of Innovation and Rural Entrepreneurship (ASPIRE),” with an aggregate corpus of $29 Mn for promoting rural entrepreneurship through technology business incubators.

The funds will be administered for supporting venture capital funds registered with the SEBI for investing in startups in the agro and rural space. 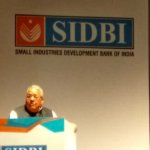 Commenting on the development, Kalraj Mishra, Minister, MSME said, “The growth of the MSME is intrinsically linked to that of the country and the MSMEs are the catalysts of growth in the country. Government initiatives, such as Aspire Fund, is just one of the many steps in providing the necessary support environment to unleash the potential of MSME and to enable them to realise their true potential.”

The SIDBI is the principal development financial institution for promotion, financing and development of industries in the MSME sector, and for coordinating the functions of other institutions engaged in similar activities.

It has been mandated to support various angel & venture capital funds for investing in startups and early stage enterprises that focus on innovation and development of the rural economy. Under the same, the SIDBI has been extending assistance directly to MSMEs in niche areas such as risk capital, receivable finance schemes, energy efficiency, and cleaner environment techniques.

As per an official statement, the ASPIRE Fund corpus would be sanctioned towards bringing growth and development of MSMEs in the agro and rural space. An amount of $3 Mn has already been deployed to two venture capital funds which are Ankur Capital and Omnivore Partners.

SIDBI will also be responsible for the management of India Aspiration Fund (IAF), launched in August 2015. 35 funds have been deployed under the same amounting to about $181 Mn.

With an aim to aid startups in the country, the SIDBI has also been supporting enterprises via the web portal launched by the Prime Minister in March 2016. The online platform aims to connect various stakeholders in the startup ecosystem. Around 2,000 startups, 100 investors, and incubators have registered on the platform and cumulatively so far more than 75 applications have been accepted by the SIDBI for processing, according to an official statement.

In February this year, the SIDBI announced that it will raise the proposed fund amounting to $1.4 Bn (INR 10,000 Cr) corpus for ‘Stand Up India Fund’ from RBI. The fund will be disbursed to Scheduled Castes, Scheduled Tribes, and women entrepreneurs.

Following that, in July it announced an  investment of $64 Mn (INR 428 Cr) in eight venture funds, as defined under the Startup India Action Plan.

According to an official statement, SIDBI has provided support to 107 funds including 11 regional funds with a cumulative funding of around $455 Mn.