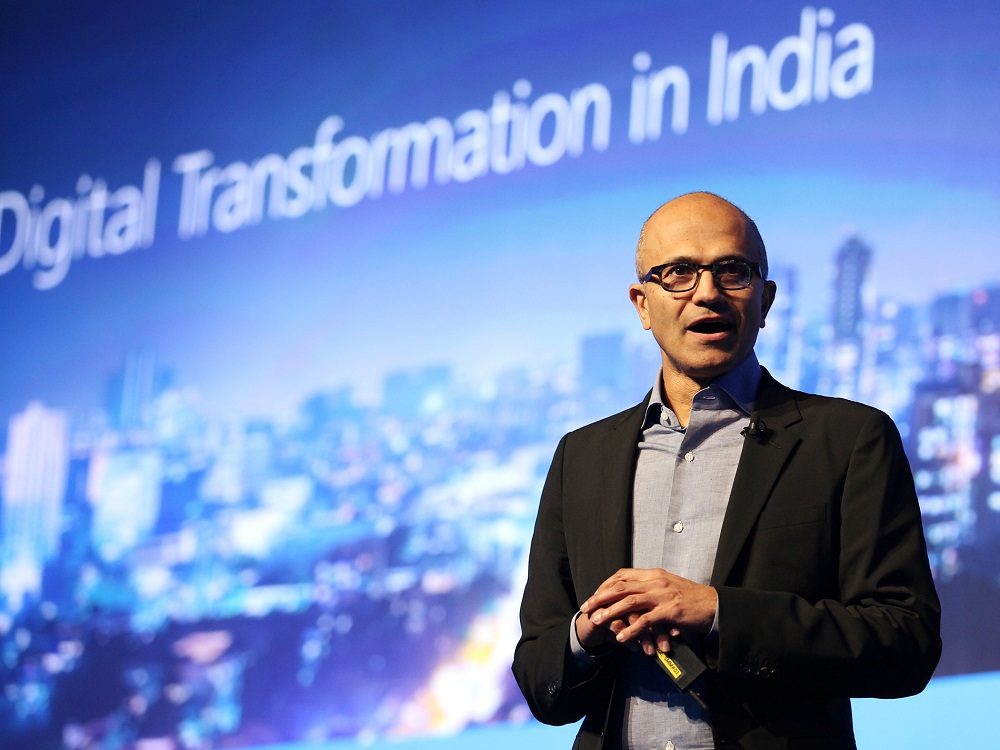 Microsoft CEO Satya Nadella who delivered the keynote for the company’s flagship technology and business conference Future Decoded in Mumbai today made it clear that it is all out to peddle its cloud solution to Indian businesses and governments in a big way.

Stating that small and medium businesses are the real lifeblood of any country, Satya discussed many success stories made possible by its cloud solution and also announced a slew of India centric measures- one being Aadhaar enabled version of Skype Lite and another being ‘Project Sangam’– a skilling initiative that uses Azure services and power of LinkedIn’s job searches.

Stating that it all began “with the investment we have made 17 months ago in bringing our world class cloud infrastructure to India”, Satya gave the instance of Mohini Tea Company, which has a single factory in Uttar Pradesh. 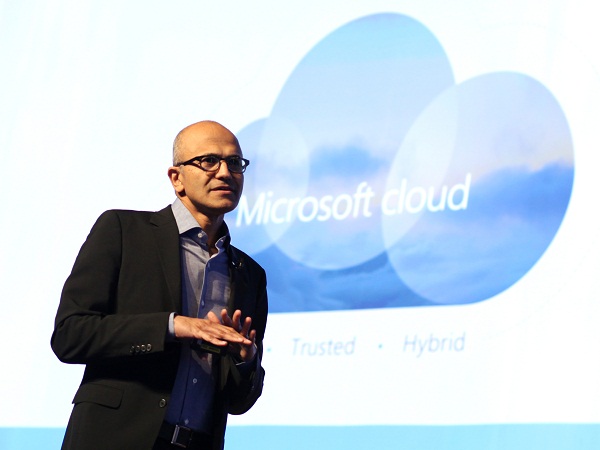 He said, “They source tea from a variety of different places across multiple auctions the government holds. The paperwork that was required to be able to do that procurement efficiently required weeks. They were able to use cloud to weed out transactions costs of their core business to drive productivity improvements.”

Further he gave the instance of another industry going through a sea change viz the financial sector. He spoke about how SBI, one of the largest banks in India, has decided to move to the cloud to be more of a technology firm and will be adopting Office 365.

Further, he lauded the efforts of N. Chandrababu Naidu, CM of Andhra Pradesh, who has taken a very bold decision to be a cloud first state. He disclosed that Microsoft has built a new product called Kaizala– an app which increases productivity of mobile users – as a way to bring in all departments together to coordinate activity across all of them such as maintaining law and order, provide healthcare facilities. Satya added that the  mobile application which is  messaging oriented is simple for anyone to use.

Stating how India is perhaps reshaping technology, he introduced the new Skype Lite. He said,

“Every Indian citizen should be empowered with their own data so that they can be data rich. Aadhaar gives India the opportunity and it also makes it our responsibility to operate in India by making sure that our services support the India Stack. And that’s what we are doing with Skype-which will now support Aadhaar identity.” 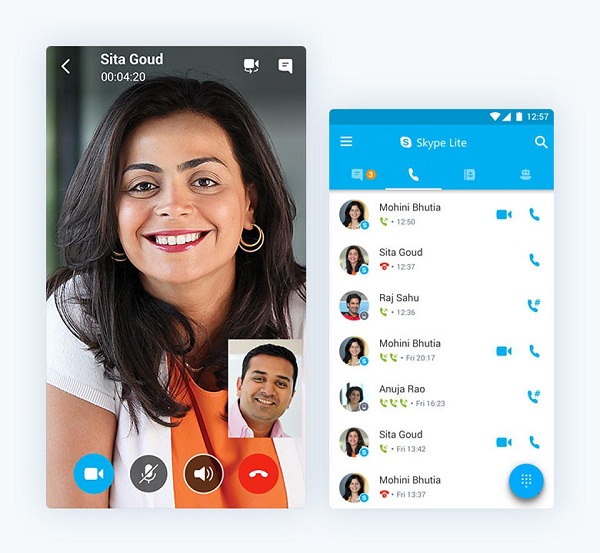 The new Skype Lite, available on Android, is built in to support Aadhar identity, supports seven different languages, can work over slower connections, and weighs only 13 MB. Skype Lite allows communication and collaboration over low-bandwidth networks and will bring Aadhaar integration to the app by June 2017. The app will be available in seven local languages: Gujarati, Bengali, Hindi, Marathi, Tamil, Telugu and Urdu.

In its bid to address one of the most pressing challenges of the Indian economy, skill and jobs, Satya also disclosed how the LinkedIn  team in India is creating a set of products based specifically for the market. One of them is LinkedIn Lite, a flagship app which works four times faster, is lighter and works on 2G.

Further, in order to extend job opportunities, Nadella announced ‘Project Sangam’, the coming together of Microsoft and LinkedIn with deep cloud integration to provide every Indian the opportunity to skill themselves for a job.

The Project Sangam is a cloud hosted platform that uses Azure service sand power of LinkedIn to bring skilling opportunities. Essentially, it’s a blended learning platform that brings together Microsoft’s cloud technologies and LinkedIn’s job search capabilities. It allows users to on-board with Aadhaar, and choose skilling courses according to one’s field. Downloaded lessons are viewable even in the absence of Internet.

Project Sangam will allow users to register using their Aadhaar identity ensuring lifelong access to the platform. Once the training is completed, Microsoft will update their profiles for employers to shortlist and hire the skilled workers. The candidates will also receive job recommendations according to their skills.

In conclusion, Satya stated that Microsoft endeavours to empower every Indian and every Indian organization to achieve more.