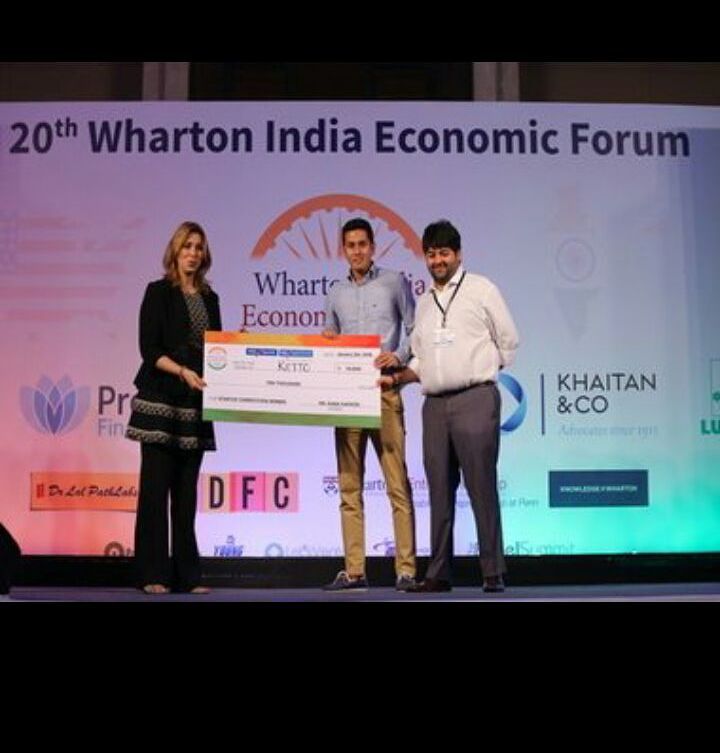 Ketto will also get an opportunity to pitch at the annual conference to be held in Philadelphia, USA planned for March 25, 2016.

Founded in 2012 by Varun Sheth, Kunal Kapoor and Zaheer Adenwala Ketto is said to be the Asia’s largest crowdfunding platform for social, personal and creative projects, according to crowdsurfer.com. It helps non-profit organizations to raise funds for supported and listed causes.

To mark its 20th anniversary Wharton India Economic Forum (WIEF), a student-run India-focused conference hosted its annual conference for the first time in India. WIEF was started by a Wharton school MBA student, Venkat Badinehal, 20 years back with an aim to connect the western world to India’s business potential and facilitate tie-ups.

The top ten startups that pitched during the event were shortlisted from 750 applications on the basis of having a product or service for the Indian market, both for profit and social ventures.