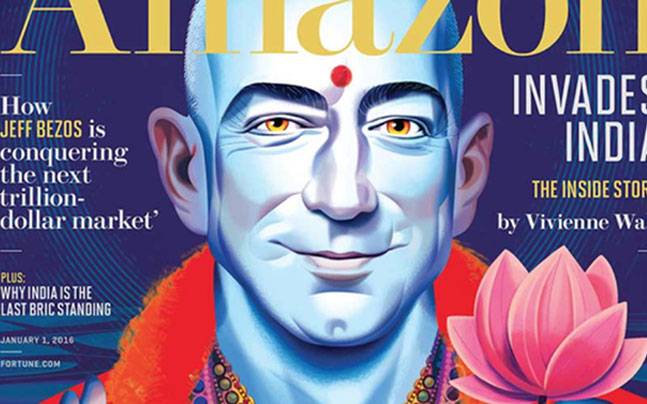 A Fortune magazine cover of Amazon CEO Jeff Bezos resembling Hindu god Vishnu has come under fire from the Hindu community in the US over “trivialisation of their venerated deity”. The January issue of the magazine’s international edition features a story about Amazon’s expansion in India titled ‘Amazon Invades India’ and talks about how Bezos “aims to conquer the next trillion-dollar market”. An illustration of the Amazon CEO striking a customary form of Vishnu can be seen on the magazine’s cover, and has caused outrage among the community.

Nevada-based Hindu statesman Rajan Zed, who is the President of Universal Society of Hinduism, stated that “Lord Vishnu is a highly revered major deity in Hinduism meant to be worshipped in temples or home shrines and not to be used indecorously or thrown around loosely in reimagined versions for dramatic effects.”

The cover has caused furore on social media as well as soon as the edition was out on the newsstands, with Zed and others expressing their displeasure on the frivolous use of imagery.

Zed questioned the inappropriate usage of Hinduism concepts and symbols for pushing selfish agenda and urged Fortune to publish a disclaimer about this on its website. He added that Hinduism was the oldest and third largest religion of the world with about one billion adherents and a rich philosophical thought and should not be taken frivolously. No faith, larger or smaller, should be ridiculed at.

American technologist and blogger Anil Dash also tweeted against the cover, challenging Fortune to depict Bezos as Jesus in honor of Black Friday.

Ok, cool @FortuneMagazine now do one with Bezos as Jesus in honor of Black Friday? pic.twitter.com/deJ6fmhFCC

The Fortune cover page has been created by Sydney-based illustrator Nigel Buchanan whose clients include The Wall Street Journal, MTV, The New York Times, etc.

Fortune is not the first one to link a successful CEO with a religious figure. In 2010, The Economist had run a cover which featured Steve Jobs as Moses presenting his holy tablet, an iPad. Interestingly, Fortune had written about that cover featuring a mix of iconography of Steve Jobs from various other publications. 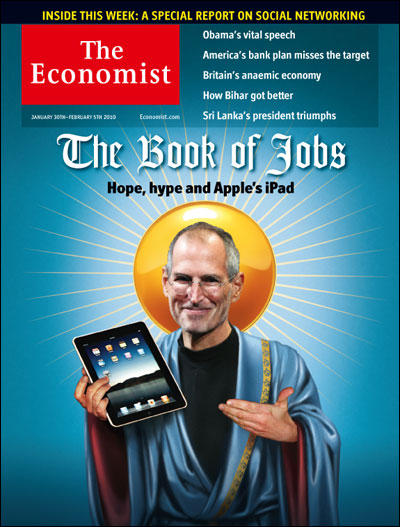