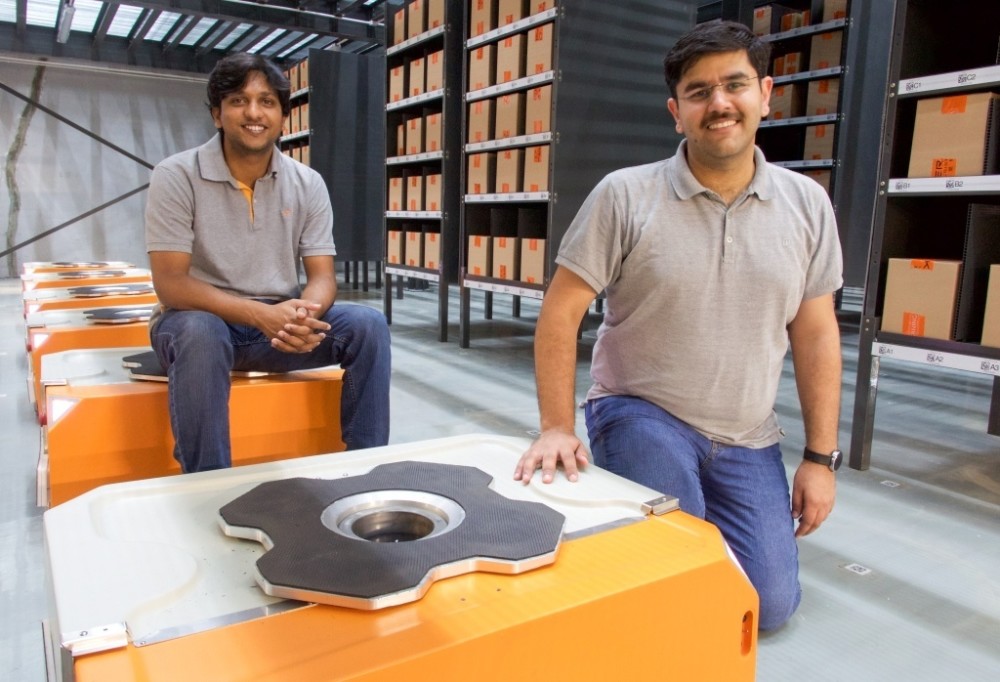 Gurgaon-based, Grey Orange, a startup that creates hardware and software products for warehousing industry, has raised $30 Mn in Series B round of funding led by its existing investor, Tiger Global Management.

With the newly raised funds, Grey Orange plans to focus on R&D of its new products, expand its executive team and accelerate its international expansion into Asia Pacific, Middle East and European Markets.

Apart from India, the company presently has its presence in Singapore and HongKong.

Founded in 2011 by BITS alumni, Samay Kohli and Akash Gupta, Grey Orange designs, manufactures and deploys advanced robotics systems for automation at distribution and fulfillment centres. The company aims at providing end-to-end automation to ecommerce logistics in order to minimise the time lag between customer’s placing the order and receiving it.

According to retail advisory firm, Technopak, online retail industry is expected to reach $32 Bn (more than INR 2 lakh Cr) in 2020 and to make ecommerce a success, logistics will play the prime role.

According to Grey Orange, with increasing ecommerce ventures and consumer behavioural change, ecommerce companies are expected to retain customers. For which, efficient logistic business will play an important role, hence, the large number of warehouse processes needs to be automated and aligned with each other.

Grey Orange claims to have installed sortation capacity of more than 3 million packets per day and covers 90% market share of India’s warehouse automation market. Its clients include major ecommerce players such as Flipkart, Amazon, Jabong and logistics companies like Kerry logistics, Aramex, DTDC, Delhivery and Gojavas. The company has its two flagship products; Butler and Sorter, which have been sold to and deployed for over 40 clients till date.

Prior to starting Grey Orange, Samay and Akash led their team at BITS-Pilani to design & develop India’s first indigenous humanoid named AcYut, which won numerous robotic competitions around the world at universities likeStanford, Berkeley and other peer institutions across 7 countries.

Grey Orange is backed by Tiger Global and Blume Ventures, from which it had raised around $8 Mn (INR 54 Cr) in Series A round. The company had also raised an undisclosed angel funding from a consortium of investors led by Blume Ventures and BITS Spark Angels including the Hatch Group, Rajesh Sawhney and Samir Sood.