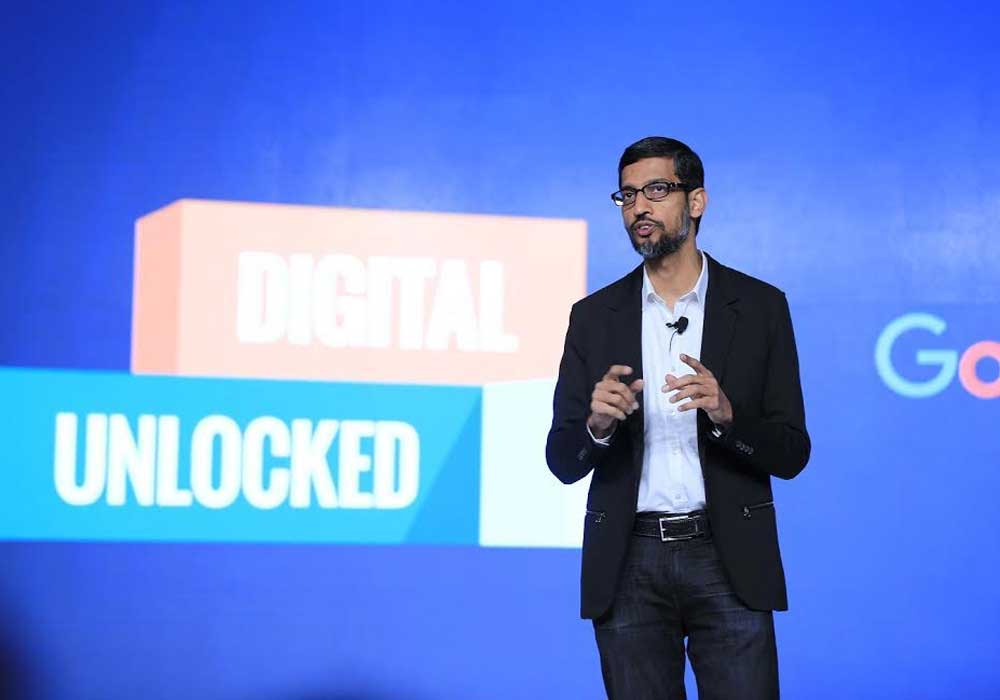 Google India has confirmed its commitment to digitally empower India’s 51 Mn Small and Medium Businesses. Representing hundreds of SMBs (Small and Medium Businesses) at an event held in Delhi, Sundar Pichai, CEO, Google announced the launch of Digital Unlocked Skill Programme, a training programme to empower SMBs with essential digital skills. The programme will enable SMBs to get online and start using the power of the internet to grow their business.

He also previewed My Business Websites, an easy-to-use offering to help businesses to have a rich, mobile optimised digital presence that will be launched later this year. This is a new feature that provides simple, template, editable websites for small businesses, created from their data and photos on Google Maps.

While addressing the gathering, Sundar Pichai said, “The Internet is a powerful equaliser and we are motivated to bring the benefits of information and technology to as many people as possible. Building for everyone and making it available in the hands of as many people is at the heart and core of what we do. And we do this by investing in open ecosystems.”

With Digital Unlocked Programme, Google plans to ensure that small business in India that wants to go digital has access to quality training. In keeping with the varied learning needs of the millions of businesses in India, they have built this programme across online, offline, and mobile modes.

The offline training is being conducted in partnership with FICCI and Google claims that over the next three years, 5,000 workshops will be held across 40 Indian cities. The trainings are certified by Google, Indian School of Business and FICCI.

The online training comprises a set of 90 self-paced video tutorials, curated specifically for Indian audience and is available free of charge. The tutorials cover a comprehensive set of topics ranging from building a web presence and driving online growth to reaching customers over mobile and video.

Google has also unveiled a joint research study with KPMG titled “Impact of internet and digitization on SMBs in India”. The study reiterates that 68% of the 51Mn Indian SMBs are offline. Highlighting the macro-economic impact of the internet, the research found that rising penetration and greater uptake for digital by SMBs could help increase their contribution to India’s GDP by 10 percentage points, taking it up to 46-48% by 2020.

“The Internet and digital technology will be an engine of growth for the Indian economy. Today, anyone can become an entrepreneur, a developer, or a creator, but it is important that they have the right tools and skills to digitise. We believe it is important for us to invest in training and equipping these individuals and small businesses to accelerate their journey of growth,” said Pichai, while referring to small and medium businesses.

During his last visit in 2015, Sundar Pichai announced Google’s plans to connect 10 Mn rail passengers with Internet by bringing WiFi availability to various stations. The programme was a part of Google’s Access & Energy Team in partnership with RailTel India. The partnership aimed to provide access points at 100 train stations across India in 2016, and then expand to 400 stations nationwide.

Till now Google has set up free WiFi at over 100 railway stations in India, with Mumbai Central being the first.Following that, , in september 2016, Google announced a ‘Cloud region’ for India, which is expected to be up and running in 2017 and will include multiple data-centres.