Flipkart’s Devaluation Strike Continues; Fidelity Further Marks It Down By 36.1%

Flipkart’s Devaluation Strike Continues; Fidelity Further Marks It Down By 36.1% 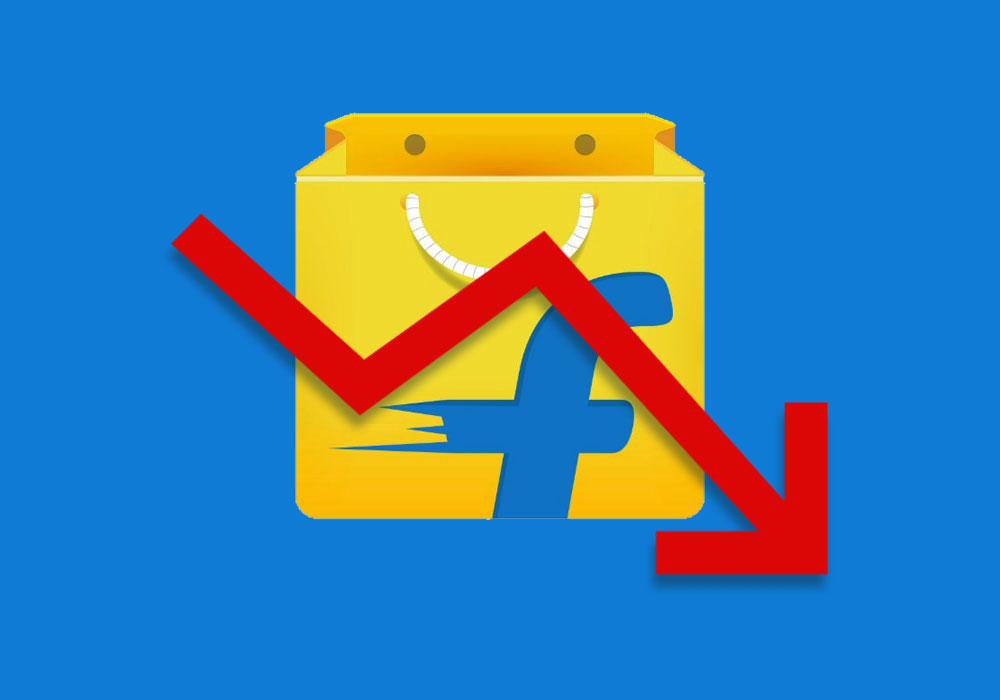 Indian ecommerce giant Flipkart has had a rough 2016 in terms of valuation downfall. Looks like 2017 isn’t going very well for it, as well. Fidelity’s managed mutual fund has now reportedly slashed its valuation by 36.1%. The company is now currently valued at $5.56 Bn.

Fidelity has marked Flipkart at $52.13 as of November 2016, brought down from $81.55 per share as of August 2016. As per an ET report, this is the largest markdown by Fidelity, till date. When asked, Flipkart declined to comment on this development at the time of publication.

Prior to that, Fidelity had earlier marked down the valuation of its Flipkart shares from $84.29 per share to $81.55 per share for the August-ended quarter. Fidelity and Valic hold small amounts of Flipkart stock, with their holdings together worth less than $6 Mn.

Earlier this month, US-based mutual fund investor T. Rowe Price too reduced Flipkart’s valuation by another 4%, to about $9.9 Bn.This markdown comes after Morgan Stanley slashed the value of its Flipkart shares by 38.2%. This markdown, in November 2016, pegged its valuation at $5.54 Bn.

Flipkart’s 2017 started with a major reshuffle in its organisation structure. Co-founder Binny Bansal stepped down from the position of company CEO. Kalyan Krishnamurthy, who was heading the Category Design Organisation, became the new CEO of Flipkart.

At the same time several other structural changes were also announced, chief among them being the formation of a new Flipkart Group Organisation, which will now be headed by Binny.