Flipkart To Pump Over $2 Bn In Its Logistics Network, Opens Largest Warehouse in Telangana

Flipkart To Pump Over $2 Bn In Its Logistics Network, Opens Largest Warehouse in Telangana 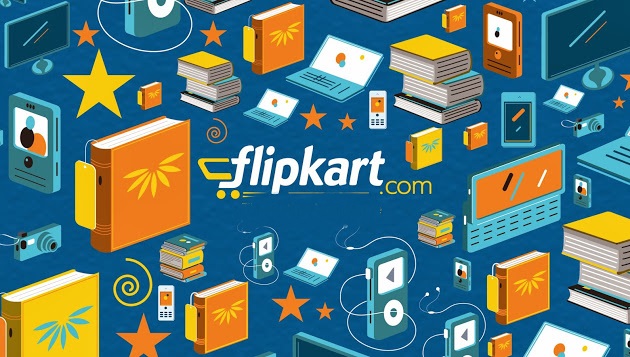 Flipkart will pump in over $2 Bn in beefing up its logistics network. The ecommerce giant has opened it largest automated warehouse in Telangana, located in Medchal mandal of neighbouring Ranga Reddy district of Telangana. The fulfilment centre is spread over 2.2 lakh sq ft and holds storage capacity of 5.89 lakh cubic ft. It would create over 17,000 direct and indirect employment opportunities within the area and is expected to ship out 120,000 items every day.

With the addition of the largest automated centre in Telangana, Flipkart now has 17 warehouses in the country. Flipkart’s co-founder and COO Binny Bansal, at a press meet said, “Over the next 4-5 years, the plan is to invest more than $500 Mn in warehousing in the country. We are hoping to build a network of 80-100 fulfilment centres across all states.” Bansal added that more than half of them will be in tier II and III towns. Besides investing in warehouses, the ecommerce giant will also invest a couple of billions in the logistics network. Additionally, he also stated that Flipkart will explore raising funds through IPO and private investors in addition from their own accruals.

Telangana as a choice of its latest warehouse comes on the back of the fact that South India is the biggest market for Flipkart, accounting for 40% of its overall business. The centre will allow Flipkart to deliver to all of its customers in South India within one day. Added to that, the support from the Telangana government as well as the ease of doing business and clarity on taxation were some of the other reasons for Flipkart to locate its centre in the newly formed state.

In similar vein, in September, it had launched a new fulfilment centre in Chennai in a bid to improve its supply chain in Chennai and surrounding areas. Additionally, Flipkart also aims to make its logistics more robust by introducing services such as automation and robotics in the warehouses. With 45 Mn registered users clocking 10 Mn daily visits, Flipkart is now delivering 8 Mn shipments per month.

As the war between ecommerce players heats up with increasing number of internet users and growing preference for online shopping which are boosting sales, all of them are investing heavily in infrastructure, building up warehouses and improving last-mile reach to speed up delivery of products and enhancing consumer experience.

Flipkart’s rival Snapdeal, which does not possess its own logistics and delivery unit, has been working consistently for the last 8-10 months to strengthen its supply chain and logistics. The company has invested $100 Mn in the last 6 months to improve it delivery timelines by 70%. It will invest an additional $200 Mn in the next 12 months to further strengthen its supply chain. It recently has invested an additional $20 Mn in logistics and delivery services venture GoJavas. Snapdeal, currently, has 63 fulfilment centres in the country. In August this year, it had launched the “Snapdeal Instant” service, wherein it delivers the packages to customers within an hour from ordering.

Meanwhile, Amazon has also been expanding its network of warehouses and has 21 such centres. In September, it had announced its investment in seven new Fulfilment Centres (FCs) across different cities in India. Amazon’s Fulfilment Centres are warehouses where online retailers, who use Fulfilment by Amazon (FBA) services, stock their inventory. Earlier in March this year, Amazon had set up its logistics company “Amazon Transportation Services Private Limited (ATSL)” in the country to manage last mile delivery for faster shipping of products. The world’s largest online retailer is planning an investment of $5 Bn to expand its network of warehouses, data centres and beef up its online marketplace.