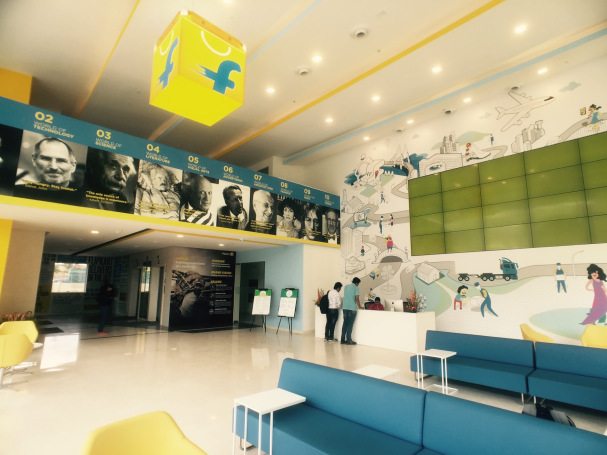 According to RoC filings, ecommerce major Flipkart has secured a credit line of over $67 Mn (INR 450 Cr) from private sector lender HDFC Bank.

A report by TOI stated that Flipkart has provided fixed deposits as security to the bank. Prior to this, Flipkart India and Flipkart Internet together had pledged assets worth INR 1,400 Cr to two commercial banks viz. Deutsche Bank and Kotak Mahindra Bank.

However, an email sent to Flipkart elicited no response.

Recently, Morgan Stanley marked down Flipkart shares by 27% reducing Flipkart’s valuation at $11 Bn. However, amidst the hustle experts revealed that the devaluation does not affect the company much. In 2015 as well, Accel Partners, which is the second-largest shareholder in the ecommerce platform, had reportedly sold small amount of its stake to Qatar Investment Authority for $100 Mn (about INR 650 Cr.). The company was then reported to be valued at $15 Bn.

Earlier in February 2016,  the news surfaced the media that Flipkart approached Alibaba to fund its operations in next 12-18 months, as that will be the time when it will have a complete burn down of its current funding. However, the deal did not see any perfect ground and evaporated with time.

Flipkart also posted a loss of about INR 2,000 Cr. for the fiscal year ended March 2015. Since then, the company is trying out new avenues to make money. It shut down its grocery delivery division ‘Nearby’ reasoning that the company wants to focus on only profitable ventures and want to offload liabilities. It recently pitched its platform as an advertising platform, Brand Story Ads, inculcating commerce advertising for revenue push. Besides, it re-entered the payments space with the launch of its mobile wallet Flipkart Money.

On the other side, Amazon is aggressive in the Indian market and has invested around $1 Bn (INR 6,700 Cr) whereas, Snapdeal secured $200 Mn financing round, at a valuation of $6.5 Bn.