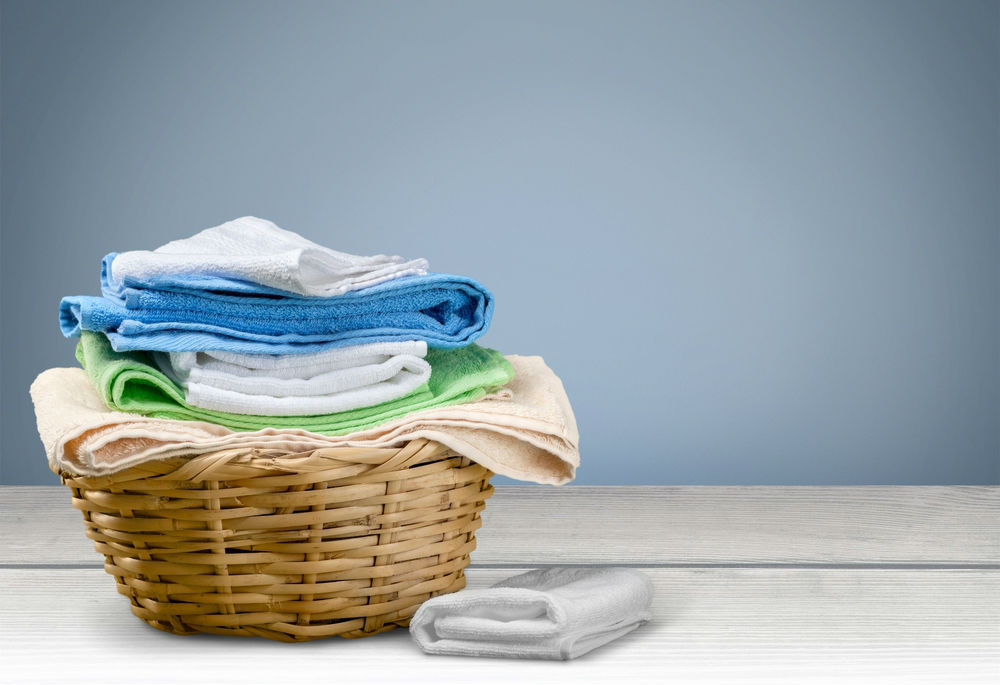 Mumbai-based home services platform Doormint has shut down its operations.

The development was confirmed by the founder Abhinav Agarwal. An email sent to the users stated, “As of 19 September, DoorMint will not be accepting any new orders. All the orders in the system will be processed.”

Last month Inc42 reported that Doormint had shut down its operations in some parts of Bengaluru and Gurugram. At that time, the reason for shutdown wasn’t clear. Doormint’s CEO Abhinav Agarwal, in a chat with Inc42, had said that the startup was planning to shut operations in these cities.

While the team claimed that plans were underway, the website stated otherwise. The option to search for a service in Gurugram stated that the service was ‘yet to expand in the locality’.

The email further stated that: “We want to thank you from the bottom of our hearts for being part of this amazing journey with us. We will be back again in some new form very soon offering something different, but that story will be told only in time.”

Here is the email reproduced in full. 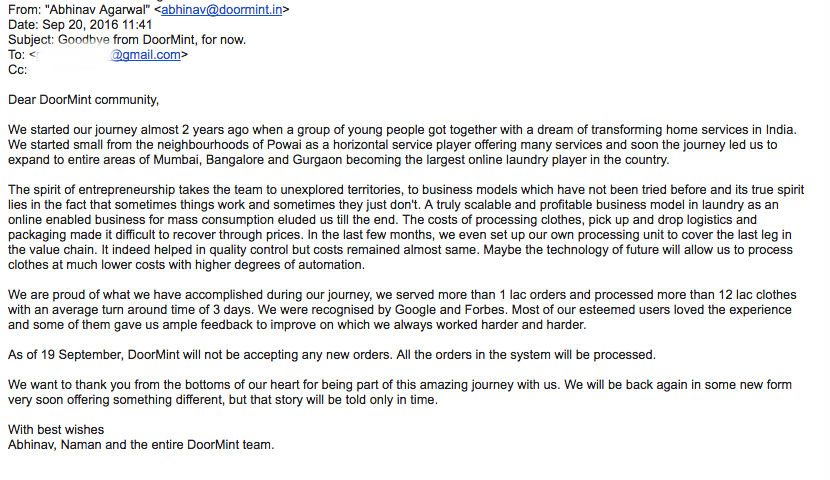 In a telephonic conversation with Inc42, co-founder Abhinav Agarwal confirmed today that the team is indeed shutting down operations in all the cities. He said, “We decided to wind up our operations because it is difficult to manage unit economics. Also, we could not manage to raise another round of funding, making sustenance of operations even more difficult.”

The team is currently working to wind up the operations and is also looking for a probable acquisition for its logistics and tech platform.

Doormint was started in September 2014, by three IIT alumni Abhinav Agarwal, Naman Lahoty, and Piyush Ranjan, in a bid to solve pain points of the home service professionals while they were residing in Mumbai.

Initially, it provided services including on-demand electrician, plumber, carpenter, electronics appliance repair, and pest control. It later restricted the services to laundry and use to provide dry cleaning, washing and iron, wash and fold, steam ironing, express service, etc to its users. As of May 2016, the startup claimed to receive 500-600 orders per day with a ticket size of INR 300/order.

Last year in August 2015, Doormint had raised $3 Mn as a part of Series A funding led by Helion Venture Partners along with Kalaari Capital. Prior to that, the company received Seed funding from Powai Lake Ventures in April 2015. At the time, the company claimed that it will channelise the funds to enhance its reach in the Mumbai market and to further plan expansions in Delhi, Gurugram, and Bengaluru in the next quarter.