May impose a fine up to 10% of Google's income

Indian ecommerce companies confirmed allegations against the US Internet giant, Google, for misusing its leadership position to push proprietary products and sponsored links on its search platform.

The companies have accused Google for abusing its dominant position to rig search outcomes which includes actual search result and sponsored links.

Flipkart alleged that the rank of its Google results appear to have a correlation with the amount of money it spends on SEM (search engine marketing) advertising on Google. 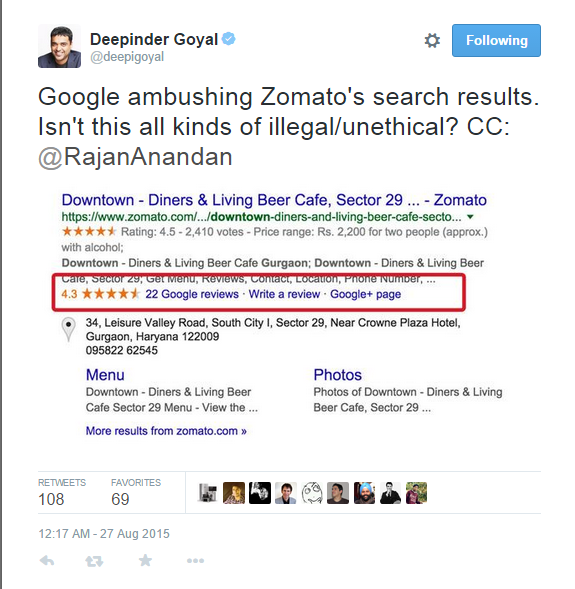 The complaint, however, was first filed three years ago by Bharat Matrimony and Jaipur-based non-profit organization, Consumer Unity & Trust Society. For which CCI has formally acted now.

This marks the first case globally where an antitrust body is formally raising such charges against Google.

CCI may impose a fine of up to 10% on Google’s income, which posted its net income of more than $14 Bn on revenue of $66 Bn in 2014. According to reports, CCI could also pursue against top Google executives.