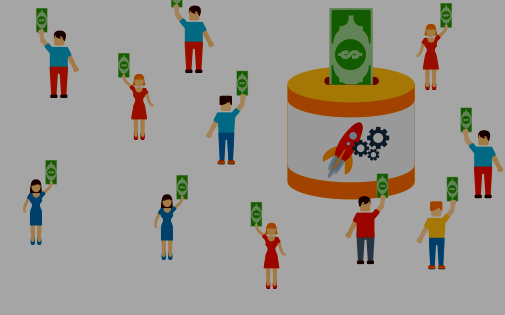 Delhi-based crowdfunding platform, BitGiving, has raised an undisclosed amount of funding from a cluster of angel investors including Harminder Sahni, Krishna Mehra and Sanjay Bakshi.

Founded in 2013 by Ishita Anand and Fahad Moti Khan, BitGiving, is an online crowdfunding platform that helps individuals and organisations raise funds for entrepreneurial, creative and social projects.

The raised capital will be used for ramping up the team, product development and marketing.

Ishita Anand, co-founder & CEO said, “Even though we were bootstrapped for the last two years, we have managed to build BitGiving as a brand and become the fastest growing crowdfunding platform in India. This round of investment will be used to accelerate our vision of taking BitGiving to the next level. We have some very interesting things planned this year, along with the launch of BitGiving 2.0, which is going to redefine community driven crowdfunding.”

BitGiving 2.0 will focus on building more connected community and enhances campaign engagement. Its campaigns have been backed by industry leaders such as Anand Mahindra and celebrities such as Soha Ali Khan, Sonakshi Sinha and Gul Panag.

Other startups in the crowdfunding space include LetsVenture, Milaap and Ketto among others.