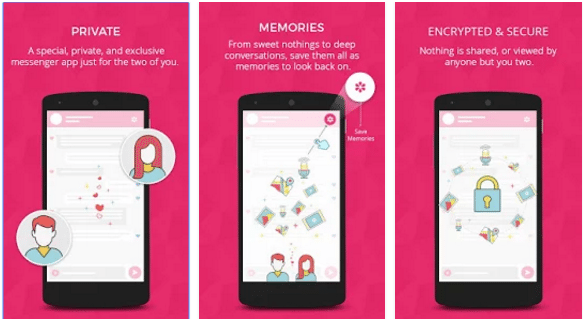 The app is a private messenger for couples that allows them to chat, texts, share pictures, videos, along with other features like setting reminders for important dates, sharing locations, and archiving favourite moments as memories. It is designed with an aim to bring out the good times couples have in their journey and improve the communication between them.

The app claims to be secure and has a strong encryption feature that does not allow any information to be lost, leaked, or shared.

Matrimony.com runs a number of matrimony-based sites. It had also launched Matchify.com in April last year.

The dating and matchmaking apps industry in India has been gaining momentum with a number of players entering the market and raising funds. In April 2016, Dil Mil, a matchmaking app, raised $2.7 Mn from Nelstone Ventures, Transmedia Capital, Maiden Lane Ventures, CSC Upshot, and a bunch of other angel investors. In January 2016, Aisle raised about $183K from TermSheet and ah! Ventures. The US-based mobile dating social app, Tinder, also recently announced its first international office in the country with the appointment of Taru Kapoor as India Head.