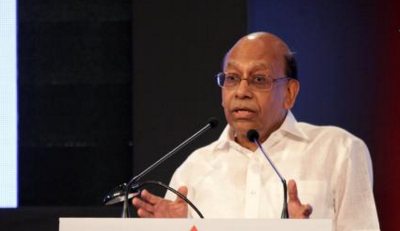 On the second day of the SURGEConf, Binod Bawri, of Atal Innovation Mission, spoke about India’s Startup Mission. In conversation with Manoj Ladwa of India Inc, Binod spoke about the plans and objectives of the mission.

Towards this, it is focussing on removing policy difficulties, make funding easily available, and becoming a catalyst. Hence, in the area of Intellectual Property, the government is trying to come at par with world standards to quickly give patents to startups. A large number of patent offices are being recruited, and in one year the startups will see an epic change in this regard. However, how this patent gets protected by law is something that’s still being looked into.

Speaking more about the areas where Atal Innovation Mission would support innovation, Binod said that the mission in the next few months would announce 10 grand challenges, especially geared to villages. These would include, say, giving them services such as batteries at economical prices, medical facilities at a cheaper price, and potable water at cheap prices. These are technical challenges and the government is looking to support startups in these areas. Also, the mission aims to create new enterprises, worth $300-500Bn, in the next 5 years. He concluded that while the mission might not solve a startup’s daily problems but it will significantly solve problems on a policy level.