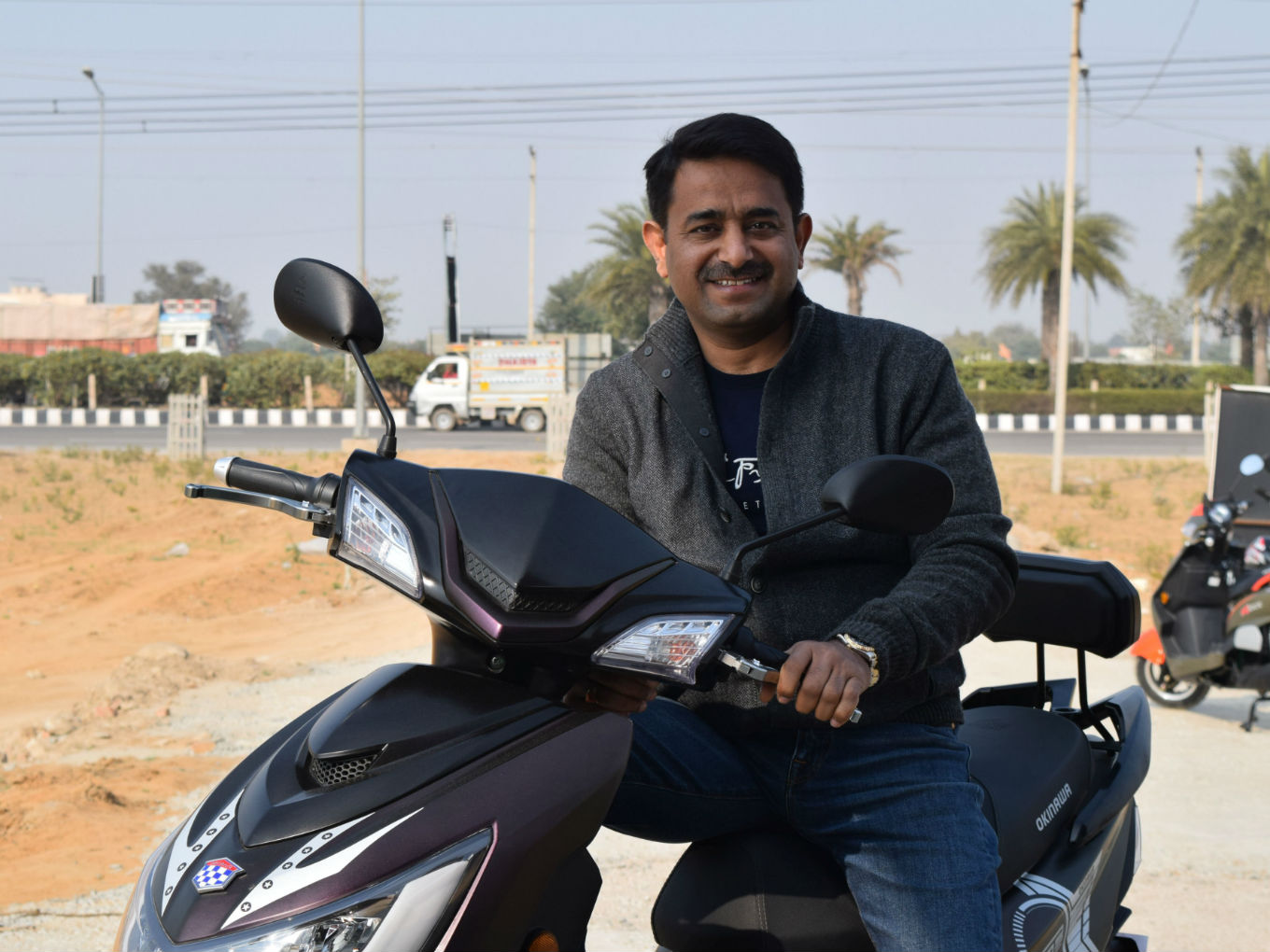 Okinawa has also set up its second manufacturing plant in Bhiwadi, Rajasthan

It’s no secret that India wants to boost the adoption of electric vehicles to solve its air pollution problem, the over-reliance on fossil fuel vehicles and to cut carbon emissions.

While it is necessary to drive electric vehicle demand from the public sector, the stringent rules under the second phase of Faster Adoption and Manufacturing of (Hybrid &) Electric Vehicles in India (FAME) might discourage the private need for electric vehicles.

One of the major drawbacks which have resulted in falling sales of two-wheelers is the recertification process under FAME. This has disrupted the supply of green mobility solutions in India. The Indian electric vehicle industry recorded sale of 7.59 Lakh units in India in FY2019 as opposed to 56K (excluding three vehicles) in FY2018. This included the sale of 1.2 Lakh two-wheelers, 6.3 Lakh three-wheelers and 3,600 passenger vehicles.

However, after implementation of the FAME II scheme, India recorded near-zero sales of electric two-wheelers, due to the FAME II recertification rules. In fact, industry players warn of a multi-month decline in EV sales due to this delay, so the companies which have completed the process stand to gain a competitive advantage.

Even as many of the 29 EV companies looking to get FAME recertification await a go-ahead from the government to begin sales, Okinawa Autotech became one of the first manufacturers to received ARAI approval for two of its scooters, Okinawa i-Praise and Okinawa Ridge+.

Okinawa was founded in 2015 by Jeetender Sharma and Rupali Sharma. It manufactures electric two-wheelers with special features for the Indian market such as zero noise pollution, zero-emission and no-accident approach which is based on evaluated safety parameters. The scooters also include features such as central locking with anti-theft alarm, keyless entry, ‘Find My Scooter’ function and a mobile-charging port.

Okinawa’s product range includes lead-acid and lithium-ion battery-run vehicles. Under the former range, it offers Ridge, Praise, Ridge30 and Raise whereas under lithium-ion vehicles the i-Praise, Ridge+, and R30 are available in the market.

Okinawa became the first company to get Automotive Research Association of India (ARAI) certification. It explained that the vehicles were being tested on parameters such as the durability and safety of motor, controller, batteries and lights.

Okinawa’s scooters are in compliance with the latest government specifications including a range of roughly 80 km on a full charge, a speed of about 40km/h, and 50% localisation. The entire recertification process went on for two to three months.

Beyond just an electric scooter with no safety features, Okinawa scooters have an E-ABS (Electronic – Assisted Braking System) which is considered vital in city conditions, along with regenerative energy, and alloy wheels with tubeless tyres. Users can check the engine health and battery life and also take full control of the vehicle from remote locations through the Okinawa Eco App.

“Okinawa is essentially self-funded, backed by formal sector banks. Till now, we have invested more than INR`100 Cr in infrastructure, manufacturing processes, product development, R&D, sales, marketing, dealer expansion. But we are certainly open to and are planning to raise funds from investors soon,” Jeetender told Inc42.

He also revealed that the startup is now building a high-end electric motorcycle, and will soon be launching the product for the Indian roads. It is also planning to set up its second manufacturing plant in Bhiwadi, Rajasthan with an investment of INR 200 Cr. This plant is said to have a total manufacturing capacity of 1 Mn units. The first phase of the plant will be commissioned close to 2020-21.

The startup follows dealership-based offline distribution model for earning its revenue, which is similar to traditional two-wheeler players in the market. These authorised dealerships are spread across many states in India and also cater to after-sales service and maintenance needs of customers.

When Will Electric Vehicles Take Over India?

While the central government is aiming to achieve 30% emobility by 2030, reports predict a grim future for the electric vehicle industry in India.

According to a report by Bloomberg New Energy Finance, the media company’s research service, the electric vehicle growth across the globe looks promising but the growth in India will take place slowly.

In April, the Society Of Manufacturers of Electric Vehicle (SMEV) had written to NITI Aayog outlining the loopholes in FAME scheme. It said that reduced incentives will increase the cost to city-speed electric two-wheelers by INR 10K-INR 12K. Naturally, there are a lot of critics of the FAME scheme.

“Our vision has always been aligned with the Government of India,” – Jeetender Sharma

One of the areas that the Indian government wants to focus on in the electric vehicle sector is local production. According to Sharma, the company has been working for two years on localisation and now both the ebikes have 80% localised content. “With the thought process to provide the consumer with the ‘Make in India’ product we started working initially on the localisation of our electric two-wheeler components for the past two and a half years and could, therefore, meet the requirements as outlined under FAME II”.

While a majority of the industry players have expressed reservations about FAME II, Okinawa maintains an optimistic view of the policy. According to Sharma, the scheme is aimed at encouraging electric mobility as well as the ‘Make in India’ initiative which will benefit both the manufacturer as well as the end-consumer.

“FAME II certifies that the government has approved the best in class product for the Indian consumers who have met their set parameters. This approval allows the company to sell its product on which the incentive can be passed on to the end-user,” Sharma explained.

He added that India is taking baby steps towards achieving its EV goals riding on the cost benefits, support from government initiatives, which is definitely needed. “The inclusion of charging infrastructure into the framework of FAME II incentives is likely to provide impetus to the establishment of public charging facilities across the country. This will see the emergence of charging stations not only in Tier 1 cities but also in Tier 2 cities and highways across the country.”