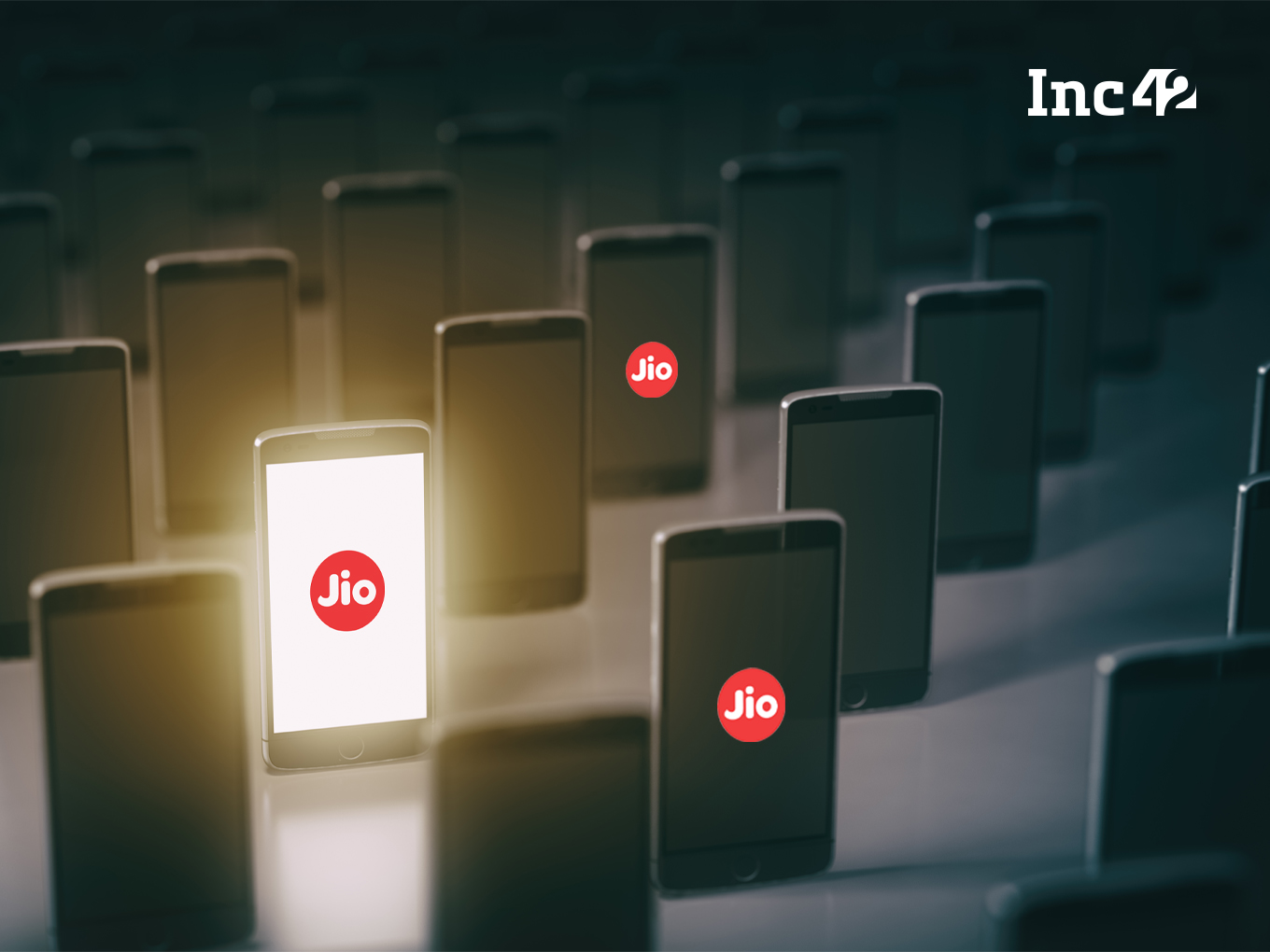 Entry-level smartphones in the sub-INR 5,000 range have been struggling due to low demand and high distribution cost

In August 2020, Mukesh Ambani announced that Jio would roll out 100 Mn low-cost 4G or possibly 5G-enabled smartphones with one of its strategic investors, Google, at a fraction of its current cost. The launch of this entry-level Android phone is expected in the first half of 2021. And its market response will be vital to taking his vision forward as the business behemoth aims to reach the next billion users. More interestingly, will the launch of a second-generation Jio phone, potentially priced below INR 4,000, wipe out all small players in the under-INR 5,000 category? Let us take a deep dive to find out how feasible it is.

Entry-level smartphones in the sub-INR 5K range have been struggling due to low demand and high distribution cost. According to research firm International Data Corporation (IDC), this segment accounts for less than 5% of the Indian smartphone market where 22 Mn handsets were sold in October 2020. This market is mostly dominated by Xiaomi, Lava, Itel and Samsung. But many of these handset makers have reduced their product portfolio in this category due to the unviable cost dynamics. Now that Jio plans to enter this market, the company is expected to convert its 120 Mn-odd feature phone users and help them switch to affordable smartphones. Which means unlike other contenders, Jio already has a potential market here that can be easily leveraged.

According to Upasana Joshi, associate research manager (client devices) at IDC India, all major players are now leaving the sub-INR 5K smartphone segment despite a significant market opportunity. “This segment has the greatest potential as a large number of current feature phone users can shift to entry-level smartphones. But for this to happen, the new device needs to be priced below INR 2,500 (bundled with data/voice plans), owing to the large average selling price gap between feature phones and smartphones. In the previous years, several brands attempted to launch Android Go devices, priced around INR 4,000 or more. However, they failed to shift the feature phone base,” Joshi tells Inc42.

Interestingly, India has around 550 Mn feature phones in use, of which nearly 45% of the devices cost less than INR 1,000. Feature phone users are mostly daily wage earners, with monthly income below INR 10,000, say analysts. As they were the worst-impacted segment in 2020 due to the nationwide pandemic slowdown, there was a significant dip in feature phone demand. According to IDC research, 25 million feature phones were shipped in July-September 2020, recording a year-on-year decline of 30%. As a result, the overall mobile phone shipment dropped 4% YoY, with feature phones accounting for 31% of the market share. So, the question remains: Have they recovered enough from large-scale job losses and arbitrary salary cuts to consider a shift to smartphones even when the price point is lower than usual?

What Jio May Bring To The Table

According to a report by IIFL Securities in December 2020, the Indian handset market rarely saw major telcos distribute or subsidise low-cost entry-level handsets before Jio’s entry. The only exception was in 2002-2003 when Reliance Infocomm (later renamed as Reliance Communications) offered subsidised CDMA handsets. In 2017, Jio brought out a subsidised 4G feature phone called the JioPhone so that 4G could become mainstream and 4G mobile data could be taken to a previously underserved market. According to analysts’ estimates, around 120 Mn JioPhones were sold as of July 2020.

Since Jio’s launch in 2016, key competitors Bharti Airtel and Vodafone Idea (Vi) have attempted to offer bundled smartphones in the sub-INR 10K range through tie-ups with original equipment manufacturers, or OEMs. But such initiatives did not gain user traction. Also, unlike the U.S. market where operator-locked high-end smartphones come with bundled plans and offer value in terms of pricing and services, Indian users in the sub-INR 10K market see few benefits in carrier-locked phones, say analysts.

In 2020, Vi started exploring tie-ups with NBFCs such as Home Credit for its ‘Smartphone For All’ initiative to increase smartphone penetration across its subscriber base. But as the cash-starved operator is losing market share rapidly, there has been no measurable impact of the smartphone financing initiative so far.

How Jio’s Android Phone Will Impact The Market

Experts tracking smartphone sales believe that Jio’s focus target base will be its feature phone (JioPhone) users. “This segment currently uses phones in the INR 4-8K range. Samsung has 40% of the market share in this segment with Itel, Lava and others holding the rest. If Jio is to offer cost-effective bundled plans with the phone, customers who want to buy devices in the INR 7-8K range may shift to Jio’s offering at half the price,” says Ankit Malhotra, research analyst at Counterpoint Research that tracks the electronic device market.

Among Jio’s existing OEM partnerships, Malhotra notes, its tie-up with Vivo Y1s is most significant. The deal offers a smartphone priced at INR 7,990 at a 10% discount if customers choose to lock their SIM cards to Jio. The operator has a similar lock-in partnership with a lower-range variant from Itel.

Reliance Jio had sold bundled devices earlier, as in case of the Lyf phones launched in 2016, but the manufacturing was outsourced to different companies within and outside India. Moreover, the Lyf phones did not do well as customers were not happy with the quality.

There is another catch. Not all OEMs want to tie up with just one operator in a highly dynamic telecom landscape. In fact, they want to keep their options open for partnerships with ecommerce platforms as well as telcos. This is where the Jio-Google partnership can work some magic, says Faisal Kawoosa, founder and chief analyst at techARC, a technology research firm.

“Currently, the sub-INR 5K category phones do not contribute significantly to OEMs’ sales. So, it may actually help many of these OEMs to partner with Jio and offer specific products in this price range. Further, one can expect some innovation from a Google-Jio partnership, and the duo can license the same to these OEMs instead of competing with them in the same price segment,” says Kawoosa.

Of course, the OEM market in question is fairly vast, thanks to the Make-In-India initiative, and the Indian government expects smartphone production worth INR 10.5 Lakh Cr and exports of INR 6.5 Lakh Cr over the next five years. The government has also approved incentives to 16 companies under the $6.65 Bn production-linked incentive programme, including Indian companies such as Lava, Micromax, Padget Electronics, UTL Neolyncs and Optiemus Electronics besides Apple suppliers Foxconn, Wistron and Pegatron, among others. According to analysts, Jio may partner with some of these firms to enhance its Android play.

Last year, Jio Platforms raised INR 33,737 Cr ($4.5 Bn) from global tech giant Google for 7.73% equity stake soon after the search giant announced its plans to invest INR 75,000 Cr in India. Hence, it is expected that the two digital giants would come together with some unique offering for this market. Only time will tell if innovations are on the cards for this low-end segment or whether Jio will manage to convince customers to spend on it.