Will Haryana’s 75% Local Hiring Mandate Drive Talent-Hungry Startups To Other Parts of NCR?

Will Haryana’s 75% Local Hiring Mandate Drive Talent-Hungry Startups To Other Parts of NCR? 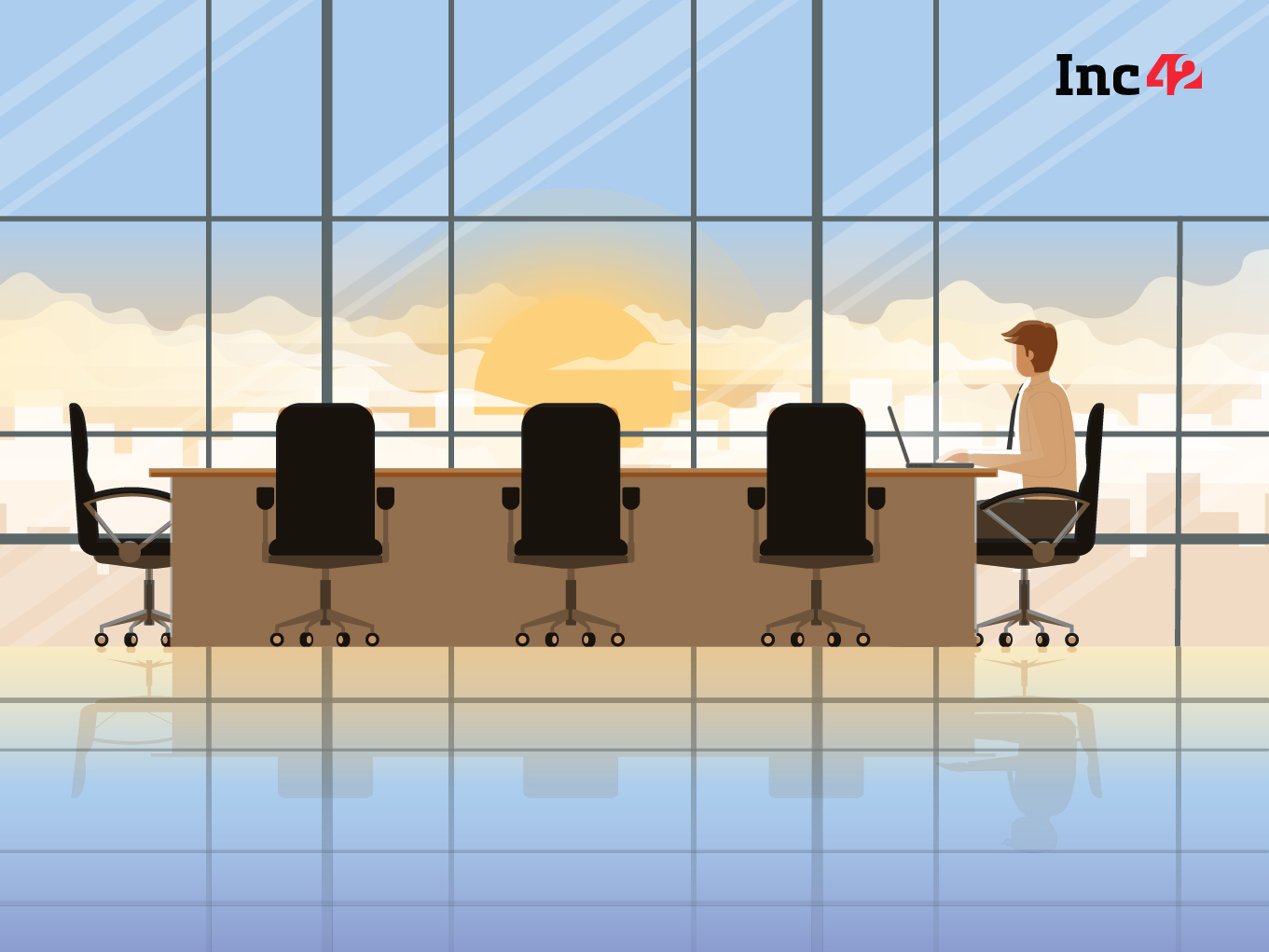 As Haryana’s Gurugram is one of the leading startup hubs in the country, this law can hurt their growth and revenue, say experts

Although nobody is averse to local hiring, meritocracy is likely to be impacted

On March 2, 2021, the Haryana government notified an act in the state gazette that mandates 75% reservation for local people in private jobs with a monthly salary ceiling of INR 50,000. The state assembly passed the Bill in November 2020.

In recent years, the northern Indian state has emerged as a major industrial hub, which is also home to global MNCs and new-age, tech-focussed businesses. Although the manufacturing industries across the state have largely welcomed the newest ‘quota’ law, tech businesses and the startup ecosystem centred around Gurugram have been apprehensive about how this will impact talent acquisition.

Haryana is home to 400+ funded startups, 99% of which are based in Gurugram, with Faridabad, Panchkula and Karnal accounting for single-digit presence, according to Inc42 Plus data. These startups have raised more than $11.6 Bn funding since 2014 across sectors ranging from ecommerce, travel, consumer services and supply chain and logistics to enterprise tech, fintech, healthtech, AI and big data. Major companies in this ecosystem include Fabhotels, HealthKart, 1mg, Grofers, Indifi, Aye Finance, Pesto Tech, GreyOrange, Doubtnut and several others.

The Gurugram startup ecosystem includes at least five soonicorns and eight unicorns. Among them, the biggest employers are Delhivery (40,000+ employees), PolicyBazaar (10,000+), OYO (8,000), Zomato (5,000+), Rivigo (3,000+), Renew Power (1,300+), Cars24 (3,000+) and Lenskart (500+). Understandably, not all employees are based out of the Haryana offices of these companies. Apart from the maintenance staff (usually on third-party payroll), the startup job roles that fit the employment reservation criteria include entry-level white-collar openings requiring 0-3 years of experience. So, it is not surprising that this ecosystem, mostly dependent on highly skilled tech professionals for its growth and success, is now concerned about reworking its hiring plans in compliance with the new law. 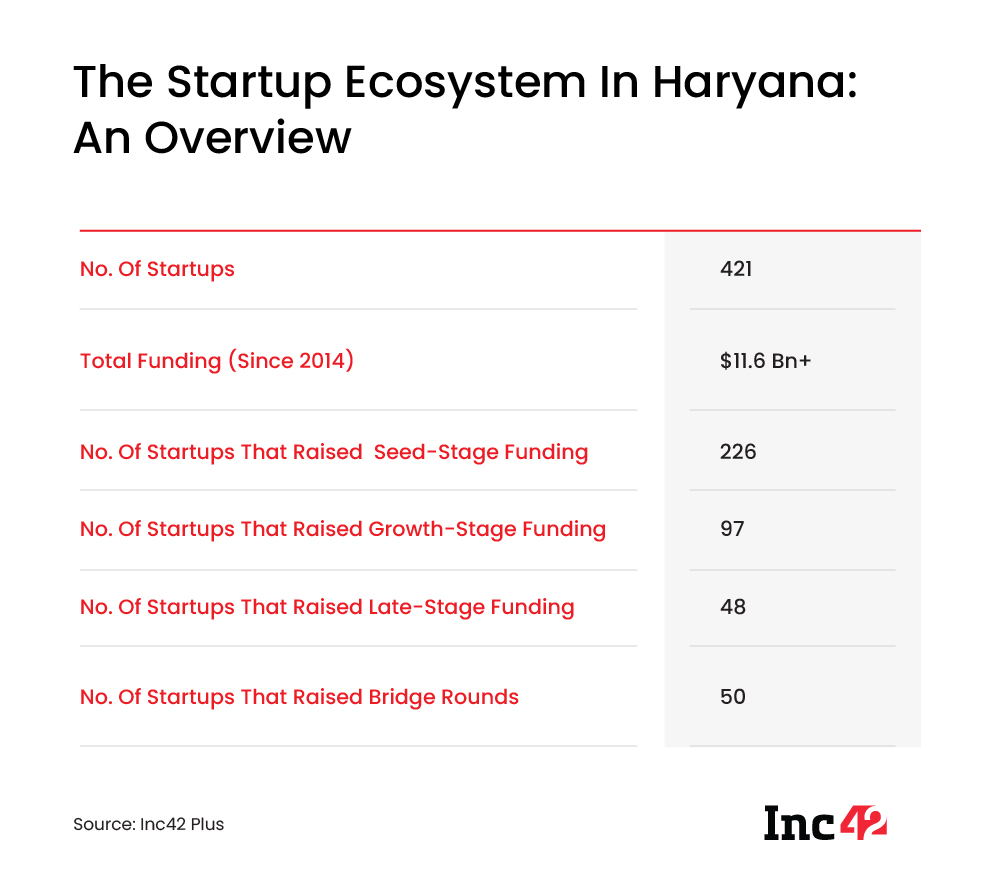 What The Law Mandates

“I am happy to share that after (the) honourable governor’s approval, the ‘Haryana State Employment of Local Candidates Act, 2020’ is now effected in the entire state, which means 75% of private sector jobs (are) now reserved for local youths,” tweeted D.S. Chautala, deputy chief minister of Haryana. This follows a Bill passed by the state government on Nov 5, 2020, as part of a key poll promise made by the ruling alliance partner Jannayak Janta Party.

According to the state government, the reservation law will discourage the influx of migrants seeking low-paid jobs, which has a significant impact on local infrastructure and leads to the proliferation of slums. The law defines local candidates as those domiciled in the state. For domicile status, a person should be born in Haryana or live there for at least 15 years. To avail of these job facilities, candidates will have to register themselves on a designated job portal, and employers will have to recruit people only through that portal.

Experts tracking investments and private-sector presence in the state, including Gurugram (one of India’s top startup hubs), think this development is a worrying one. As mentioned in the state gazette, the Act extends to the entire state, will be initially in effect for 10 years and applies to all companies, societies, trusts, limited liability partnership (LLP) firms, partnership firms and any person/entity employing 10 or more persons, as may be notified by the government from time to time.

Going by that notification, startups will be required to comply because the Startup India Program defines them as entities incorporated in India as private limited companies, partnership firms or LLPs.

The chief concern raised by many is that after launching several flagship startup growth programmes such as the Atal Innovation Mission, India Aspiration Fund and 1000 Startups to help young businesses find a footing, such crippling policies tend to hold back growth-stage companies. It also goes against the constitutional right of Indian citizens to reside and work in any part of the country. 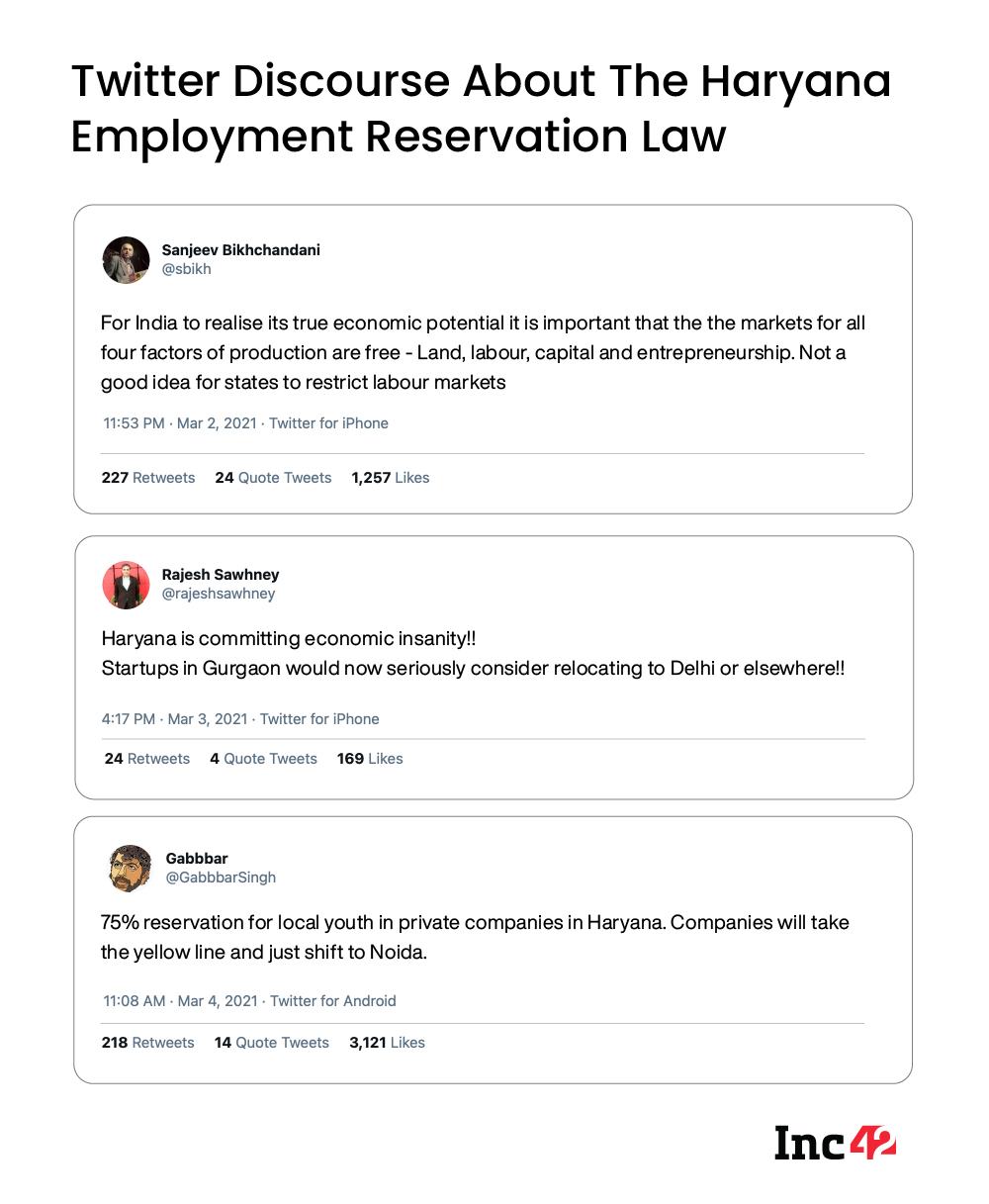 Interestingly, Haryana is not the first state to introduce such ‘quota’ laws to enable job reservations. But previous reservation models and mandates by other states mostly aimed to benefit specific groups/communities or such laws were directed towards the public sector. However, the Karnataka government is now working on a similar draft policy for blue-collar jobs. In 2019, the Andhra Pradesh government also introduced a similar policy for the workforce across factories called the Andhra Pradesh Employment of Local Candidates in the Industries/Factories Bill, 2019. It allowed companies three years to comply but was  challenged in the state high court for being ‘unconstitutional’.

However, the Haryana state law does not differentiate between blue-collar/unskilled/industrial workforce and trained professionals, which is worrying, says Balasubramanian A, business head (clients) at TeamLease Services, an HR company.

“If a business seeks to find unskilled labour among locals across the state, especially in regions like Manesar and Gurugram, it will not be very difficult. But startups are very tech-focussed businesses where entry-level developers and professionals may fall in the INR 50K salary bracket,” he says.

According to Balasubramanian, finding niche tech skills within limited geography can be a huge challenge for startups. Also, many of these tech companies operate from leased premises and work on leased equipment. So, it will not be that difficult for them to move across the border instead of investing in a legal team to contest employment claims. 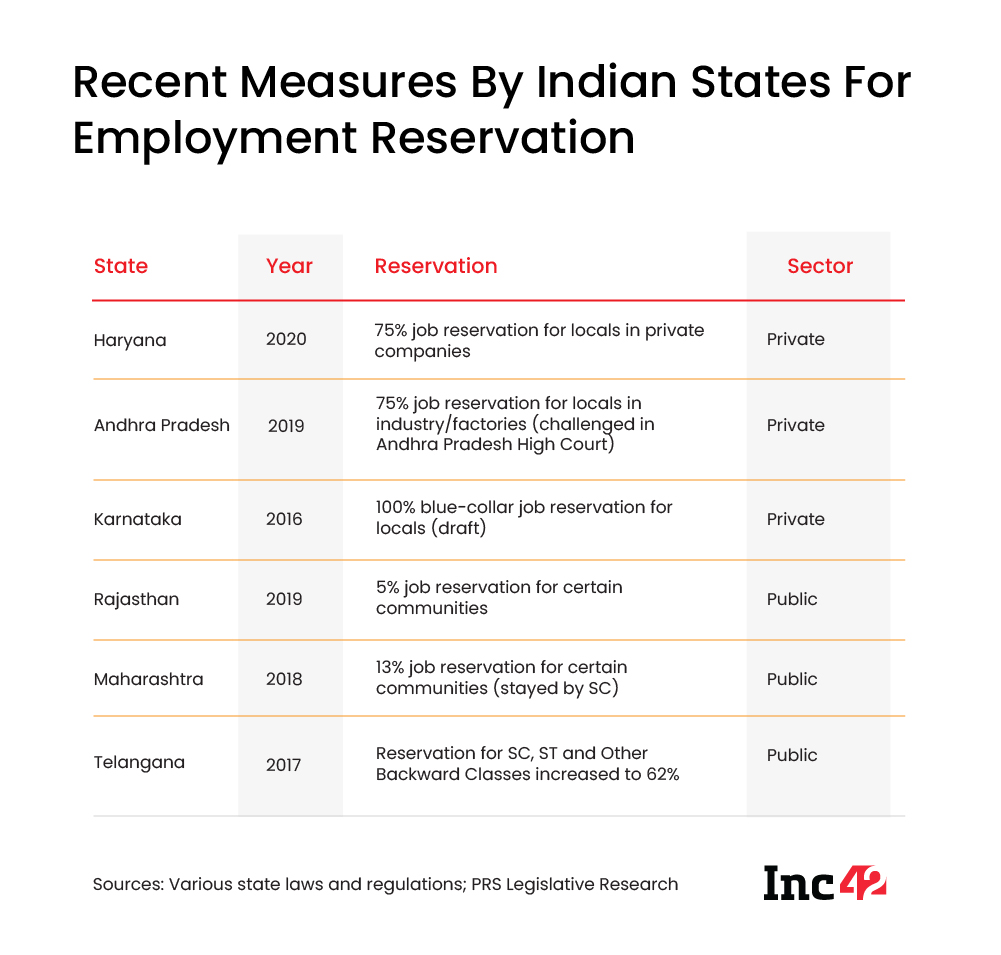 Why Startups Are Concerned About The Law

“In the early stages, a startup does not have a huge workforce. To make an idea work, key people are hired on need and talent basis. It becomes so critical at times that only a particular person with a certain background can make it survive or handle the next stage of growth… We cannot afford to compromise at such a tender stage,” says Vivek Sharma, founder and CEO of Fixcraft, a Gurugram-based after-sales car servicing startup.

The law does allow employers to claim an exemption from recruiting locals if candidates with desired skills, qualification or proficiency are not available. An officer of deputy commissioner rank or higher will evaluate this claim. The officer may accept or reject the claim with recorded reasons, or direct the employer to train local candidates to achieve the desired skill or proficiency. The law comes at a time when India is grappling with the highest unemployment rate at 26.4%, according to March 2021 CMIE data.

“There are already enough compliance and regulatory issues, and the new reservation law will further hinder a company’s growth. No company would entertain the idea of mass firing and would be left with no other option but to move to a different state,” says Kumar Kushang, cofounder and CEO of SupplyNote, a Noida-based supply chain automation company.

This policy will also affect cities like Gurugram and Faridabad, where most of the workforce comes from other states. Besides, it will attract huge costs for Haryana-based industries as they have to opt for large-scale workforce restructuring, he adds.

What Will Be The Road Ahead For Startups?

Within three months of the Act coming into effect, employers from applicable establishments must register employees with a monthly salary of up to INR 50,000 on a designated portal. Private companies can be fined INR 10,000-2 Lakh if it is established that an employer has violated the provisions of the Act. If an employer continues to violate these provisions, a daily penalty of INR 1,000 will be imposed on the company until corrective measures are taken. A company will have to pay a penalty of INR 50,000 if the employer produces false records or counterfeits or knowingly makes/produces a false statement. But for startups that are already struggling to figure out their business model, this compliance burden can be bothersome and many are likely to try and work around the new mandate.

“To avoid the applicability of the said legislation, a company may enter into a contract of service with a third party in another state. In this way, it can fulfil its  staffing requirement by hiring employees through such third parties and also ensure that these employees are not on the payroll of the company to which the said Act is applicable,” says Rohan Ahuja, principal associate at corporate law firm, Athena Legal.

Of course, startups will not fall under the ambit of the said legislation if they employ fewer than 10 people or only pay salaries upwards of INR 50,000 per month. But it is still unclear what will be the best option for the ecosystem. Having employees work from home (and thus establish that the head count is below 10) will not allow companies to bypass the law either as it takes into account ALL employees on the payroll of a Haryana-based firm. However, these ‘rules’ under the Act have not been notified yet. So, the impact and effect of the said legislation can be assessed only after the notification of the said ‘rules’,” concludes Ahuja.