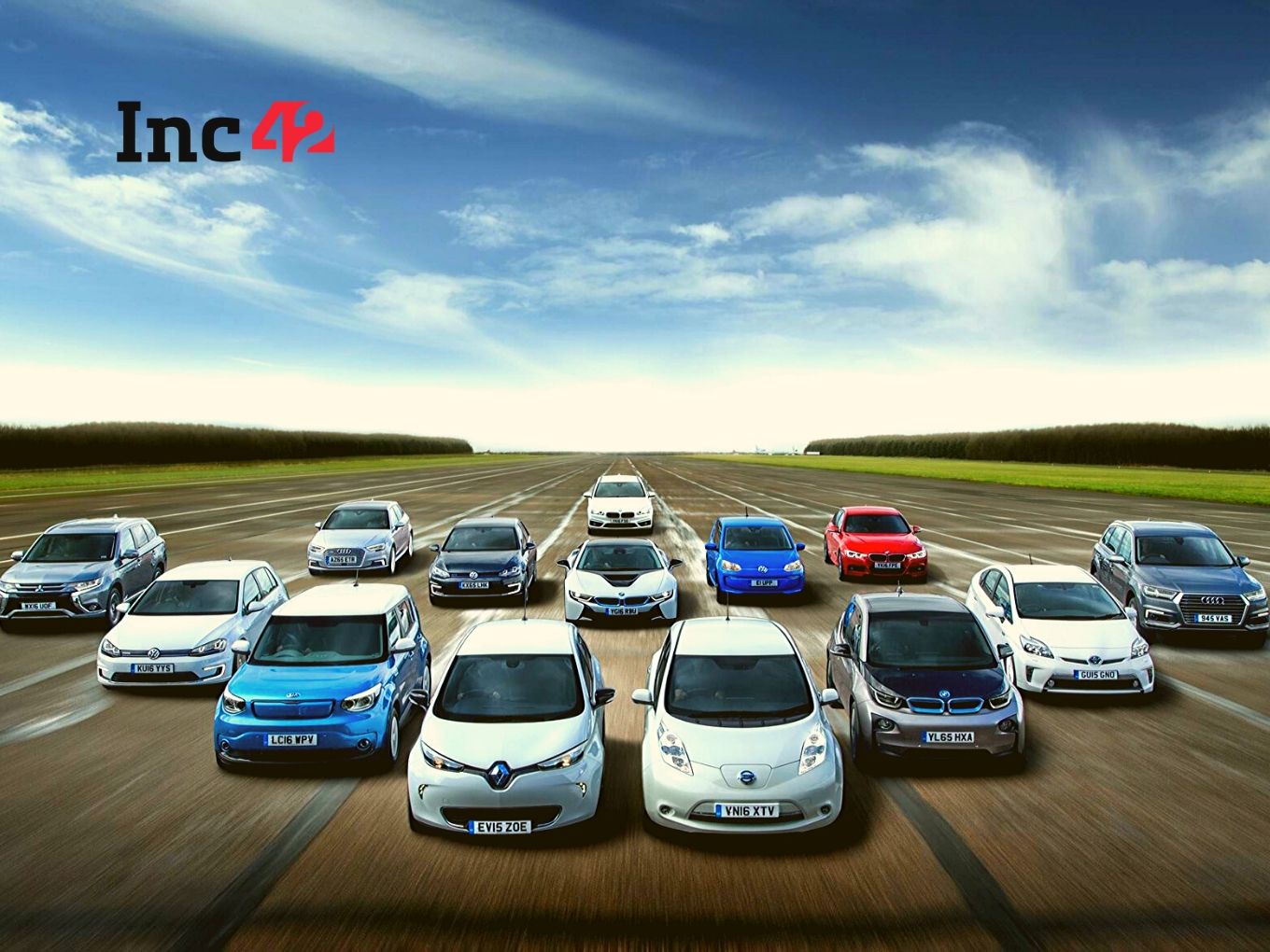 EV manufacturers need to democratise their supply chain in order to reduce the carbon impact, increase sales, lower the cost for consumers and more

Amid the uncertainties due to the coronavirus pandemic, there is still a glimmer of hope for electric vehicle manufacturers in accelerating the growth of the electric vehicles market. But that would require a big change in the ecosystem from the point of view of manufacturing.

Today, most companies that manufacture electric vehicles on a global scale rely on imports from other countries (China, South Korea and Japan) for many components such as drivetrains and batteries. Interestingly, if one looks at the automakers that are making internal combustion engine (ICE) vehicles, the big boost for the industry came through domestic manufacturing.

In other words, companies need to focus on procuring raw materials and the production of battery cells locally on a continuous basis. Similar to Tesla with its gigafactories. “This (domestic production) insulates them as a manufacturer producing electric vehicles just a little bit more if they can source their raw materials from the same continent, where the vehicles are produced,” added Mitchell.

The State Of Auto Industry In India

In India, the auto industry has been going through a rough patch even before the pandemic arrived. The industry had been battling weak consumer sentiment, the transition to BS-VI technology, a credit crunch in the NBFC and MSME sectors which affected rural sales. Covid-19 simply made things worse. Needless to say, the coronavirus outbreak will have an impact on customer sentiments and business operations as well as discretionary spending on automobiles by organisations.

Speaking to Inc42,  Vikram Gulati, country head and vice president of Toyota Kirloskar Motor said that they are closely monitoring the situation and will be taking necessary steps to safeguard the wellbeing of all their stakeholders. However, given the production stoppage and weaker consumer sentiment, there will be a massive impact on the industry in the coming months.

“Our focus is currently on near-term impactful measures that can help our society, employees, dealers and supply partners to safely navigate these turbulent times and subsequently on ways to quickly restore operations and near normalcy,” Gulati added.

The Indian electric vehicle revolution has also been slowed down by the Covid-19 lockdowns and restrictions on imports. The mobility sector, which is a big customer base for EV makers, is impacted heavily. However, once the lockdown is over, many experts believe that electric vehicle players need to accelerate their business plans. The German automobile giant Porsche told Inc42 that the development of the Indian market for electric vehicles has just started.

Balbir Singh Dhillon, head of Audi India, also said that the EVs are the way forward but the market is not going to develop overnight. He said that the infrastructure plays an important role, and tangible measures by the government towards e-mobility infrastructure and adequate support towards the import of electric vehicles would be a welcome move.

“Ideally, the government should do something for plug-in hybrid electric vehicles (PHEVs), because it is a step towards electrification. It is the first step that you bring people from ICE to PHEV and eventually take them to electric cars,” said Dhillon.

Ketsu Zhang, executive director at BYD India told Inc42 that the company sees huge potential in India for the electric vehicle business and as one of the biggest markets in the future. “We believe that many competitors will see the potential of electric mobility given that the country is very keen on clean energy solutions to battle pollution and reduce conventional energy consumption,” Zhang added.

BYD has emerged as a leader in the electric bus sector, with its partnership with Olectra. The duo has had a dominant position in India, where it has gained 52% market share of electric buses commercially operating in India. BYD and Olectra were the first to introduce pure electric buses in India, followed by Tata Motors, Ashok Leyland and JBM Group.

Over the past few years, the partnership between BYD and Olectra has been extremely fruitful for both companies and has enabled them to set up local designing, R&D, manufacturing units for electric buses in India. Currently, their electric buses have been supplied to Bengaluru, Rajkot, New Delhi, Hyderabad, Goa, Cochin, Chandigarh, Vijayawada, Manali, Mumbai, and Surat among others.

“We as Porsche are not generally sceptical about the EV future of India. However, when we look at other markets, the increase of interest in (partly) electric vehicles is closely related to the availability of appropriate charging infrastructure.”

Toyota also said that at the outset while the majority of OEMs are not seeing India as a dead market, but the challenges are indeed big. For all markets, consumer acceptance is the most important factor for the successful adoption of any product or technology. While regulations and government incentives are powerful tools to influence consumer acceptance, these are not enough in themselves. Automakers have not yet been able to justify the higher upfront cost of EVs, which adds to the feeling that EVs don’t really have any value beyond the green mobility quotient. For some consumers, cost savings in the long run may not be attractive enough.

These challenges are even more severe for India, where the consumer is highly cost-sensitive, the local manufacturing ecosystem is still in the infancy stage, plus the per capita income is lower and charging infrastructure is yet to take off.

At the same time, it must also be acknowledged that the pace of electric vehicle adoption is also not uniform across various vehicle segments and usage patterns. Vehicle segments like three-wheelers, two-wheelers and buses, where lower operation costs can offset the higher acquisition costs of electric vehicles, are likely to witness a faster pace of adoption. It is the same for shared mobility applications.

“There is no ‘go-to document’ for the electric vehicle sector to follow. Coupled with this has been the fact that announcements relating to the sector have been ad hoc and abrupt which sometimes have caught the stakeholders off guard,” shared BYD’s Zhang.

Incentives for establishing an ecosystem are very crucial. The limitation of qualified EV components suppliers in India makes localisation difficult and this is also a big part of why automakers are not able to realise the full incentives under the EV policies.

BYD told Inc42 that it started working on EVs for India in 2013, even when there were no specific government policies. Today, it has set up battery assembly factories and electric bus factories. “We have confidence in the Indian market and extend our investment and cooperations as we planned,” Zhang added.

Toyota’s Gulati also said that concerted efforts by OEMs and the government will help in enhancing the perception about electric vehicles and build trust for increased adoption. Simultaneously, we as an industry will also have to strive to adopt newer technologies, offer sustainable options and lower costs to drive a transformational change to meet the customer expectations, he added.

“We at Toyota, have been monitoring the market and have noticed that consumers are flexible with their choices when provided with convincing rationale,” said Gulati.

The Future Of EV In India: What Automakers Think

Speaking to Inc42, Porsche said that it is already offering its plug-in-hybrid models to Indian customers under the Cayenne E-Hybrid range as well as the Panamera E-Hybrid. It will also be launching its first all-electric Porsche Taycan. However, the company didn’t disclose the exact date and said that it is too early to announce a specific launch date.

Audi India’s Dhillon said that the company will be launching its first electric car, the Audi e-Tron and is bullish about the India prospects.

“The showcase in India in 2019 generated excitement amongst enthusiasts and we are confident that the e-Tron will be the right match for a dynamic market like India,” Dhillon added.

BYD, on the other hand, said that at this current stage, it will be focusing on introducing the most advanced and cleanest technology into the Indian market to answer the government’s call and people’s will of building a more clean and sustainable country. “We are currently testing the market and in time will look to bring more products from our portfolio to Indian shores,” Zhang added.

Toyota’s Gulati also said that the electrification of vehicles is indispensable for resolving global environmental issues. He said that the efficient use of fuel is critical in order to reduce CO2 emissions ( to tackle global warming), reduce other emissions such as NOx (to tackle air pollution), and conserve natural sources. “We are committed to contributing towards the creation of a vibrant local manufacturing infrastructure for EV parts by popularising smart microgrids energy management system (EMS) including xEVs to enhance the reliability of charging infrastructure in India along with Suzuki,” he added.

In the coming days, once the Covid-19 crisis is over, India is poised to be one of the biggest EV markets in the world as per the major automobile manufacturer. The crucial thing would be to develop the ecosystem so that the potential of incentives around electric vehicles is not wasted.