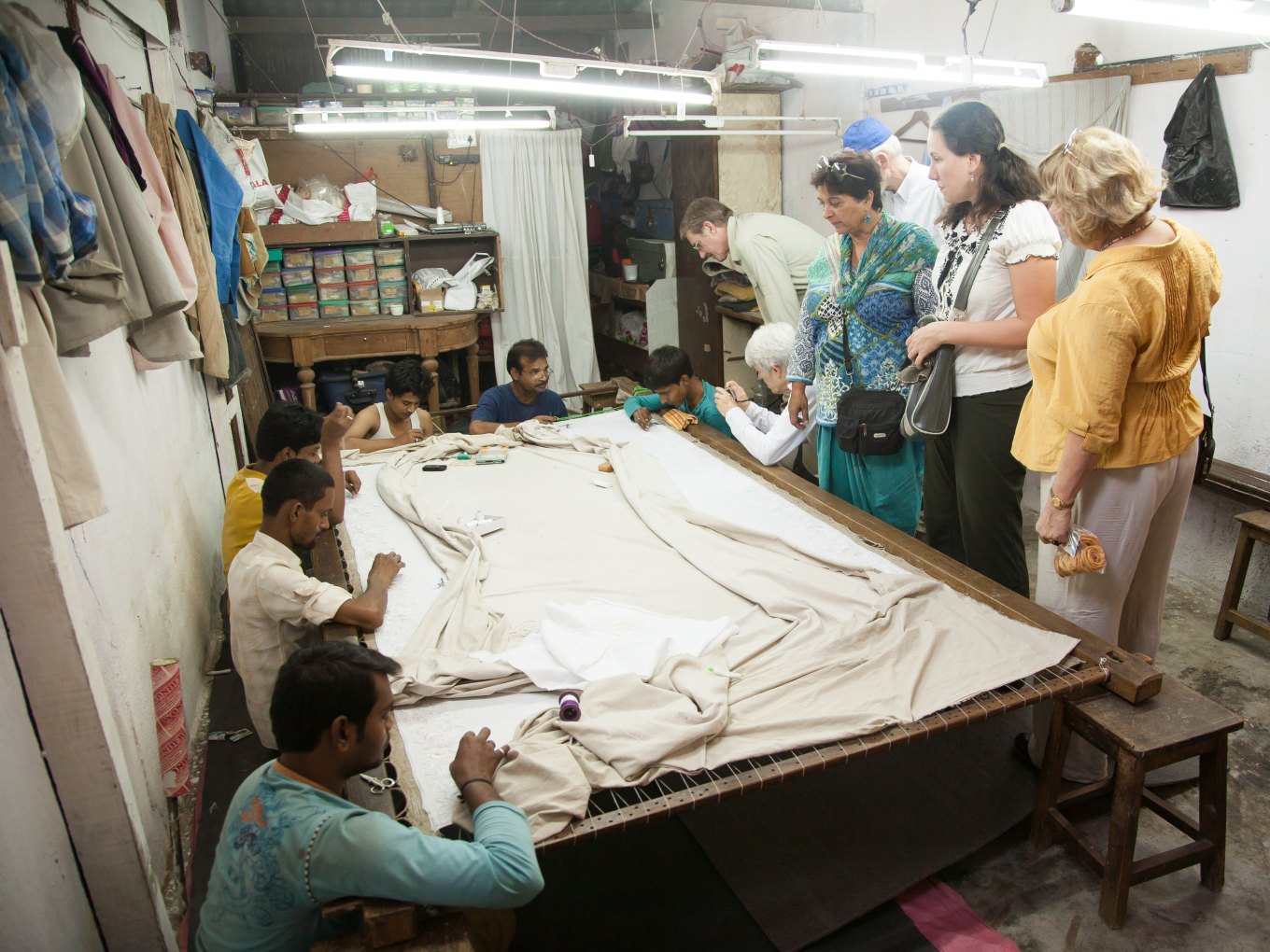 What has attracted the biggest tech companies to the small and medium businesses in India?

From Microsoft to Amazon to Facebook, Dell, Walmart and Google — the world’s largest tech companies have all trained their eyes on the Indian market and in particular one segment, which is proving to be a huge influencer. As far as the tech ecosystem is concerned, much of the activity is geared towards tapping India’s small and medium businesses (SMBs) as well as the micro, small and medium enterprise (MSME) segment.

Last week, Amazon said it would invest $1 Bn to support the digitisation of small and medium-sized businesses. Founder and CEO Jeff Bezos said the investment and services that Amazon offers to Indian SMBs will help them export over $10 Bn worth of goods from India worldwide by 2025.

Dell is using its network of Small Business Advisors to cater to the unique technology and software needs of SMBs. Dell’s solutions focus on letting SMBs utilise the available resources to scale up the business using technology. Cisco says about 30% of its business in India comes from SMEs, and so it too has made SMBs a big focus for itself.

Similarly, under the Walmart Vriddhi Supplier Development Program, the US-based retail giant aims to train and prepare 50,000 Indian small businesses to “Make in India” for global supply chains. This includes in-person training, expert advice, access to Walmart’s deep global experience and a network of peers and mentors in their local communities.

All these efforts are clearly targeting the huge segment of small and medium businesses, which has so far been left out of the tech revolution, to a large extent. According to a Google-KPMG study, digitally-empowered SMEs have about twice the revenue growth projections in comparison to offline SMEs.

The Digital Advantage For SMBs

Google is also looking to target niches within the SMB market to push for inclusive growth. A number of women-run and women-focussed SMBs have gained prominence through in the past year, and companies such as Facebook, Walmart and Google have looked to bring these businesses onto their platforms and become customers.

Facebook also invested in Meesho, the social commerce startup, which is working with home entrepreneurs, especially women, in Tier 2 and 3 cities in India.

“Just three years ago, only 5% of Indian SMBs had any kind of online presence, they never thought that the Internet was for them but the last three years have completely transformed the landscape,” Shalini Girish, director of Google Customer Solutions, told Inc42.

Girish said that for Google, long-term success in India is linked with helping Indian SMBs to succeed online — after all, this is a company that’s made its mission to bring everything online. Google has worked with SMBs in India for over a decade now, starting with helping them build an online presence to more advanced sales and marketing tools.

The tech giant says over 26 Mn Indian SMBs have built their web presence using these apps and products such as Google My Business, Search and Maps — more than 1 Mn business users have created Website with Google My Business. “Today, more than ever, people are using Search to find and discover places and local businesses around them. There has been a significant rise in “near me” searches (75%) over the last year,” she added.

Besides this, the company has invested in helping SMBs learn to grow their business once they establish an online presence through digital skills training. Google launched Digital Unlocked programme to train SMBs and claims over 400K businesses have gone through this programme. Its mobile learning app Primer, which teaches businesses the fundamentals of marketing, digital skills and more, has been downloaded over 6.2 Mn times in India, Google said.

Girish delved into how Google is stepping in to improve the digitisation quotient. “By building for India first, we are building for the future – and creating apps that work great for everyone, everywhere.”

Removing The Friction In Tech For SMBs

Specifically for Indian SMBs, Google says it looked at the barriers that come in the way of businesses to build an online presence. Overall, the company claims to have 26 Mn SMBs on Search and Google Maps. In its studies, Google said it found that SMBs think digital is expensive, only for the tech-savvy and is also time-intensive. But it’s not just about bringing completely offline businesses online, it’s also about bringing sophistication to smaller tech startups.

Shuchi Pandya, founder of Pipa Bella, a women’s accessories and jewellery brand, said using more advanced tools helped achieve improved metrics. Pipa Bella competes with big brands as well as other private labels in the ecommerce space, “We recently started working with Google Shopping, Google Optimize and Google Enhanced Ecommerce. We created our first YouTube campaign recently and saw a huge brand recall with these campaigns. With Google Shopping and Google Ads over the last 3 months, we have seen a 13.2% return on ad spends, which is nearly unheard of in our industry,” Pandya told Inc42.

As per a Google-KPMG report from 2017, 68% of SMBs were completely offline three years ago. But Google says that the first barrier is the hardest.

Once small business owners see the benefits of online presence, they don’t want to get left behind and want to improve and find new ways to use technology. Google started with offline and online training programmes for SMBs to overcome the unwillingness, which has impacted 360K businesses since launch.

The Digitisation Boost For Revenue

Bharath Arts and Crafts’ director Suhel Parveez said that ever since the company on Google My Business, they have been able to build a customer base of corporate clients such as Microsoft and other MNCs in Europe and the US as well as few corporations in India. Thanks to the larger reach, revenue has grown by 35%, factor footfalls increase by 4x and overall topline has grown by 130%.

Businesses are also looking to save costs through the use of technology. Krishne Tassels, another women-run SMB increased its reach through Google organic search. Krishne makes saree tassels, which are used by garment makers and tailors.  “This has been gradually increasing that currently leads to 40% of our overall tassel orders. Thanks to the organic reach, Krishne’s incoming orders are usually so high that there has been no need for using paid Google Ads till date,” Krishne’s cofounder Amitha Raghu told Inc42.

Pipa Bella’s Pandya added, “We saw a 200% increase in conversions and nearly 50% decrease in the cost of acquisition. With respect to customer optimization, Google’s Enhanced Ecommerce has become an integral part of our journey to improve goal conversion rates, reduce bounce rates, and understand our user’s behaviour from start to end.”

Digital tools allow businesses to grow sustainably without spending money or hard-earned capital recklessly as they battle against ecommerce marketplaces.

“Our biggest challenge was around building stickiness and loyalty around a product category that is traditionally not driven by branding. In order to do that, we had to create a brand that was aspirational yet affordable,” Pandya added.

Matching affordability with aspirational products will be a critical challenge for Google and others focussing on SMBs. “With 40 million new internet users additions every year and with growing connectivity, we are witnessing a rise of search from non-metro cities across categories. In fact, the adoption of the internet in non-metro cities is leading the overall internet penetration in India,” Google’s Girish said.

Like Google, Facebook too announced a collaboration with VC funds to accelerate the growth of SMBs. Called the VC Brand Incubator Program, it’s said to be a series of programmes by Facebook focussing on skilling and guidance.

Facebook will work with VC funds and share insights on best practices, proven solutions, playbooks, vertical-insights with SMB brands Sauce.vc, a Mumbai-based early-stage VC partnered with Facebook for the programme.

Microsoft tied up with Jio to enable digital transformation for businesses through the use of intelligent cloud and edge computing solutions. “We have partnered with Jio to announce a comprehensive long-term alliance to accelerate India’s digital progress. The collaboration will accelerate innovation to create more affordable offerings for Indian SMBs and startups, including a new range of solutions for one-stop IT capabilities and allowing front-end applications on mobile devices,” a company spokesperson said.

Speaking about the programme, Facebook’s Archana Vohra said SMBs are working for social change. The director of Facebook’s SMB-focussed services in India said, “With the VC Brand Incubator program we hope to unlock the potential of SMBs in India, enabling them to enhance their and the country’s socio-economic growth. SMBs are the backbone of our economy and Facebook is the default destination for them to thrive and grow,” she added.

“Several SMBs are actively working towards creating a larger social change, and many are empowering women entrepreneurs and generating impact in tier-2 and tier-3 towns. Their seamless growth can lead to consistent job creation, adding to the GDP growth” – Facebook’s Archana Vohra

Global commerce giants Amazon and Walmart have also started strengthening their MSME networks with programmes such as Walmart Vriddhi and Amazon’s partnership with Confederation of Indian Industry (CII), both announced in December 2019.

Walmart Vriddhi, the company’s supplier development programme aims to train 50K Indian small businesses to expand their capabilities. MSMEs will receive in-person training, access to Walmart’s global experience and a network of peers and mentors in their local communities, among other benefits.

Amazon India partnered with CII to facilitate micro, small and medium enterprises to develop their business further by listing and selling their products and services online. As part of this collaboration, Amazon said it would conduct activities such as a series of awareness workshops, roadshows, ecommerce training and more.

The Evolution Of India’s Small Businesses

Going a step further, Walmart has partnered with Swasti to deliver high-quality education with the help of university partners at 25 Walmart Vriddhi institutes across India. Training programmes are said to cover all aspects of business management, promoting customer-centric strategies and best practices in workforce management and environmental sustainability.

This super-specialised focus on SMBs and MSMEs is a trend across the industry. “ Today the major gap is in learning digital marketing skills that SMBs can gain from. And we have designed robust training and mentoring offerings to help small businesses operate and function using their mobile phones, and also continue learning about digital marketing on the go,” Google’s Girish told us.

Besides factors such as bringing more businesses on to tech platforms, cloud and digital services growth, there’s definitely a feeling that focussing on SMBs and MSMEs is all about creating greater inclusion — technologically and financially-speaking.

The company is looking to create a mature user base among SMBs, as that’s part of creating value across the chain. “We want to focus on unlocking the full value of going digital for SMBs,” Girish said, before talking about bringing in loyalty programmes as well as the ability to offer consumer rewards to boost sales, billing automation, reconciliation and better data analytics.

“Their digital maturity will further help unlock access to finance and credit as digital payments and finance ecosystems evolve further.”