Why The FASTag Opportunity Is So Crucial For Paytm Payments Bank

Why The FASTag Opportunity Is So Crucial For Paytm Payments Bank 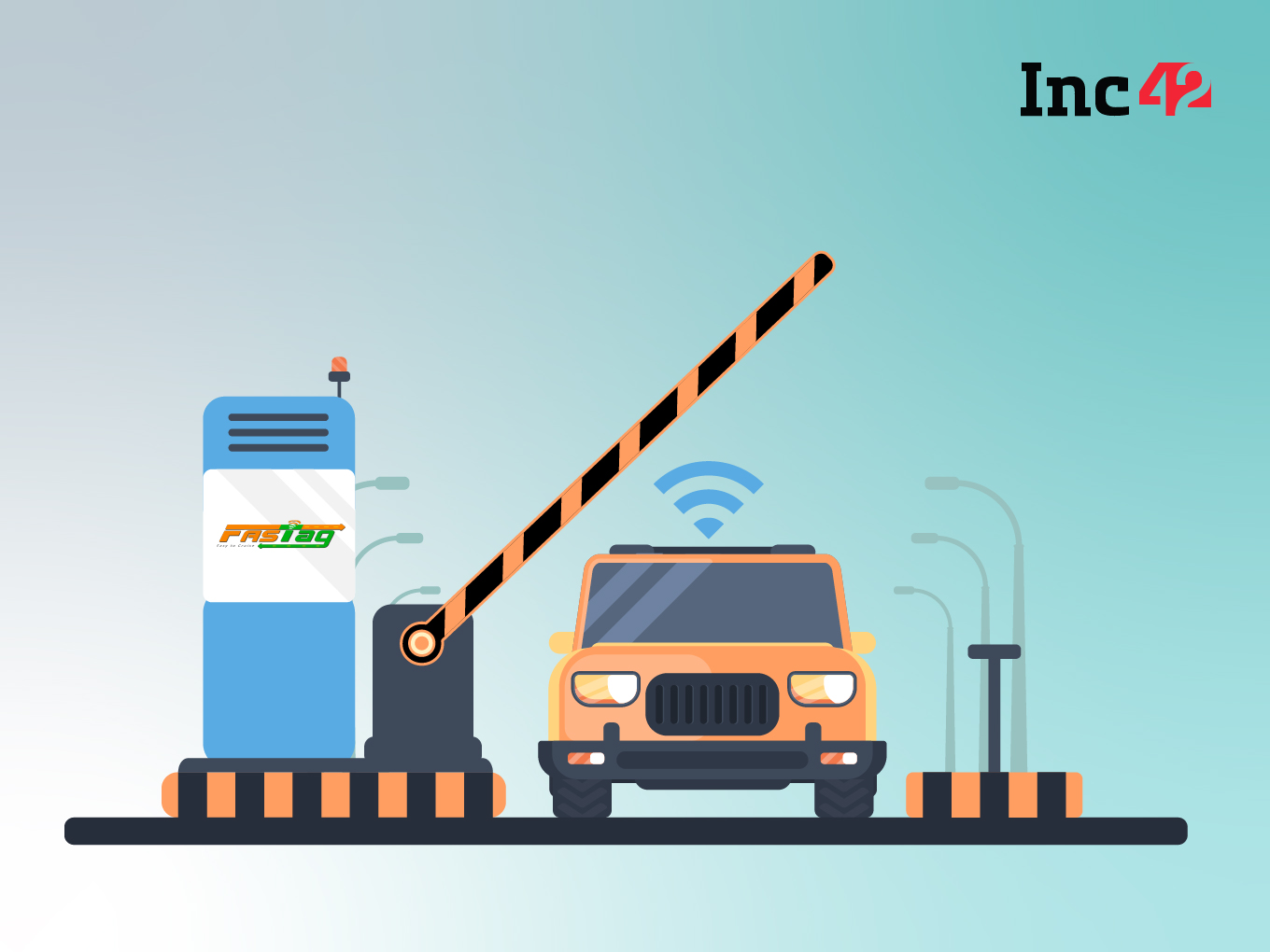 The company has issued over 4 Mn FASTags so far

A Paytm plans its IPO, FASTags could become a crucial competitive advantage

Just 24 hours after PM Modi announced the demonetisation on November 8, 2016, Paytm’s platform saw an overwhelming 435% increase in overall traffic. At the time, among the digital wallets, Paytm emerged as the biggest beneficiary of the digital payments revolution. History seems to be replaying with another government initiative — FASTag — making hay for Paytm Payments Bank.

Since FASTags have become mandatory from December 15, Paytm Payments Bank has been managing over 115 toll plazas, covering almost 50% of the total toll plazas across 228 national and state highways. This includes Shahjahanpur Toll Plaza in Rajasthan, which has registered the highest electronic toll collection in India so far.

“Moreover, the bank efforts have contributed to 50% digitisation at Makhel Toll Plaza in Gujarat, which is also the highest in the country,” a Paytm Payments Bank spokesperson told Inc42.

As of March 11, the payments bank claimed to have crossed the milestone of issuing 4 Mn FASTags, accelerating the adoption of electronic toll payments across toll plazas. The bank has also deployed over 10,000 business correspondents across the country to sell FAStags.

“We have issued over 1 million tags in the last two months and plan to maintain the same growth rate in the coming months. Our transactions have doubled since December 2019, and we are witnessing over 55% month-on-month growth rate,” the spokesperson added.

Besides this, Paytm Payments Bank aims to almost double FASTag adoption to 5 Mn vehicles by March 2020. The payments bank has issued over 40% of all FASTags in between December-January and is actively expanding its reach.

Recently, the payments bank also entered into a strategic partnership with ride-hailing companies, Ola and Uber to add over 1 lakh driver-partners as Paytm FASTags users, over the 1.2 Mn cab drivers already added to the pool.

Paytm said that FASTag is a very high-frequency use case and also a high-value product as it caters to customers with cars or commercial vehicles. Paytm has a unique proposition of linking FASTag to Paytm wallet directly, unlike other banks that require the user to maintain a separate account.

The users do not need to pay a convenience fee on any transaction at the toll plaza or for adding money to their wallet. They can easily access the digital receipt of each transaction in the passbook section on their Paytm app. In addition to this, it is delivered free of cost to their registered address and therefore, one does not need to pay any shipping charges.

The variables taken for our calculation of the expected revenue from FASTag include security deposit charged by the issuer per user and the total number of cab drivers as 1.3 Mn, in line with the projection shared by Paytm. Do note that the commission received on each transaction as well as tag issuance fees have not been taken into account here.

We assume that with cab drivers always on the road and the convenience offered by Paytm, there is a very rare chance that these users will cancel the FASTag to get their security deposit back. Here’s the current slab of charges offered by Paytm Payments Bank to purchase FASTags: 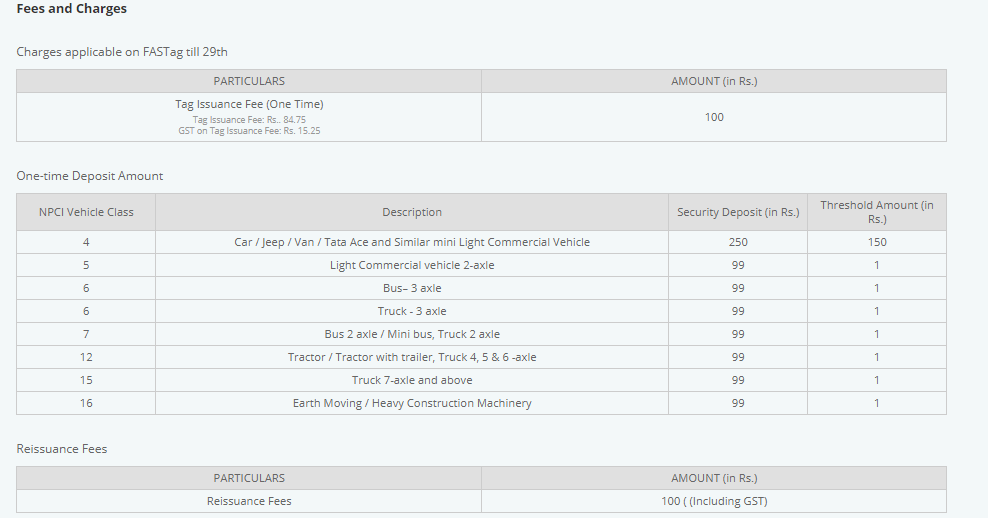 On the basis of this, here’s the minimum revenue Paytm can earn from FASTags as per our assessment.

Here, after a period of five years, Paytm Payments Bank will be applying a re-issuance fee of INR 100 (with respect to current fee structure), which will go straight into the company’s revenue column, making up for the loss in the number of users, if any.

So, at any point in time, Paytm Payments Bank can count on minimum capital of INR 69.1 Cr, which is further expected to increase in the coming months. Considering the recent media reports, with Paytm Payments Bank looking to become a small finance bank, this could be the cherry on the cake for Paytm Group.

As per banking regulations, the minimum paid-up equity capital for small finance banks is INR 200 Cr. In view of the inherent risk of a small finance bank, Paytm Payments Bank shall be required to maintain a minimum capital adequacy ratio of 15% of its risk-weighted assets (RWA) on a continuous basis, subject to increases from time to time. So FASTags are a great way to ensure steady cash flow.

As Paytm FASTags don’t need a separate wallet, this will increase the number of transactions and amount of top-ups at a rapid pace for Paytm wallet. The average top-up ticket size for FASTags is INR 500, which would bring in an average of INR 65 Cr in revenue to the bank (based on the calculation above).

Paytm Payments Bank will become a key contender to get the small finance bank licence allotted, which will allow the bank to lend money and gain interest, as well as list the company in years to come. Paytm’s IPO plans are already in place but founder Vijay Shekhar Sharma has said that the company is waiting to generate cash before going for an IPO.

With Airtel being the only payments bank that can be considered a rival to Paytm, the fintech startup has a great chance of dominating market share. Although banks like HDFC, ICICI and others are competing as well, they have hassles of documentation, convenience charges and require a separate wallet account. This is certainly more complicated than Paytm.

Demonetisation resulted in Paytm’ valuation rising to $18 Bn in just three years. In the next three years, as Paytm plans its IPO, FASTags could be the company’s next launchpad.