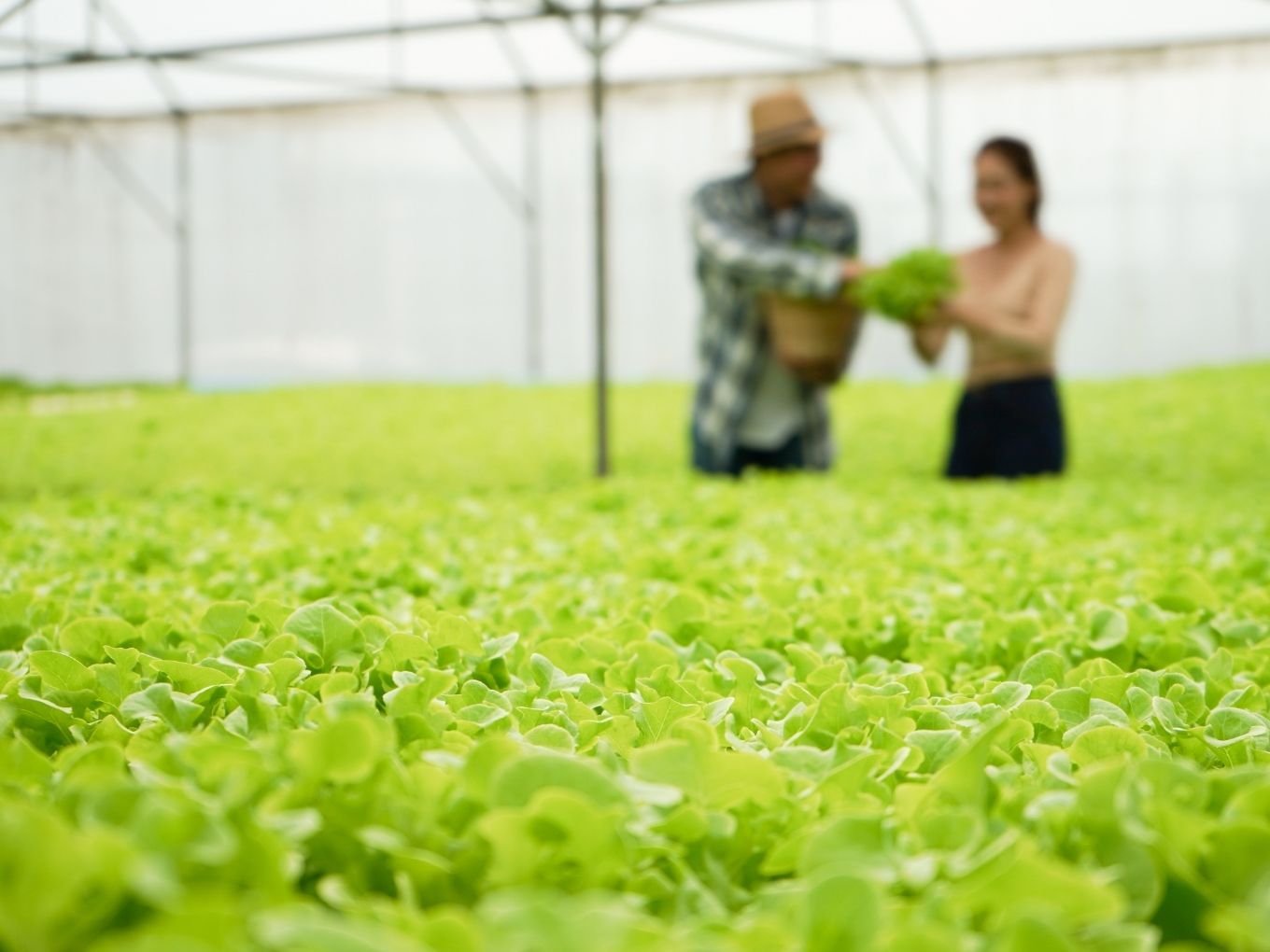 With nearly 75% of small and marginal farmers, contract farming is not only expected to guarantee steady production, but also help farmers earn more income

Business models such as direct procurement, open-source intermediation, public-private partnerships and bipartite and tripartite agreements are expected to emerge in the agritech sector

As the noise around recent agri reforms begins to amplify, it has received mixed reactions from the various agri stakeholders. While a large majority of agriculture experts seem to have a positive outlook, however, some strongly believe that the government’s desire to control agriculture will severely harm the sector.

However, even as some farmers protest the reforms, on the other side, investors, corporates, progressive farmers and startups are focusing on how technology can change the game. Startups are looking at the slew of changes these reforms bring in to develop innovative models and technology solutions for farms in the near future.

Startups have had their collective interests piqued by the potential of contract farming under the Farmers (Empowerment and Protection) Agreement on Price Assurance and Farm Services bill. Some experts even compared this to 1970’s ‘Operation Flood,’ which brought about the ‘White Revolution’ in the country, transforming India from a milk deficient nation into the world’s largest producer of milk and indeed the Green Revolution that turned India’s agricultural sector into the biggest economic contributor.

In the past, such policies have played a significant role in boosting trade and agri sectors in the country. Mark Kahn, managing partner at Omnivore, an agri-focused venture capital firm, said that agriculture, which has always been a reliable slow-growing stalwart of the economy, contributes to about 30% of the economy. The government’s move to boost this sector via agri-focused reforms could have a ripple effect across sectors, including logistics, textiles, food technology and other agri-affiliated industries.

The farming sector is expected to grow at 3% by FY21, and some of the existing agriculture startups are already playing a vital role in ensuring that the losses for farmers are minimised to a large extent. Some of the existing startups include MeraKisan, Organic Mandya, Gold Farm, INI Farms, Ninjacart, Zomato HyperPure, Oxen Farm Solutions, Agribolo, FarmERP, Agri10x, Fasal among others.

How Startups Can Leverage Contract Farming

With nearly 75% of small and marginal farmers (1 to 5 hectare holding), the contract farming reforms are not only expected to guarantee steady returns, but also help farmers earn more income by focussing on high-quality and relevant produce.

By definition, contract farming is an agreement between buyers and farmers on the basis of which agriculture production is carried out. It largely involves pre-defining the quality and price by the buyer, according to which the farmer agrees to deliver. Sometimes, the company/buyer also agrees to support the farmer by supplying inputs, land preparation, etc, in order to help farmers who have limited financial means.

“Startups can enter such agreements by clubbing small farms under one contract as well as help bring down the overall cost of production, thus benefiting all the stakeholders involved,” highlighted Pankajj Ghode, cofounder and CEO, Agri10x, an artificial intelligence and blockchain-enabled global e-marketplace that connects farmers with traders.

Sanjay Borkar, cofounder and CEO at FarmERP, which provides SaaS solutions to manage smart farms, is of the belief that startups can connect with certain regions and geographies for specific crops and assist farmers in carrying out contracts with them. In return startups can also help farmers in growing optimum quality levels of produce, as well as producing and subsequently selling their produce, ensuring a fixed return to the farmer.

“Most importantly, agri startups would be playing a vital role in identifying farmers and actively linking them with the market,” he added. Borkar also said that these farmers may be from remote areas or untapped regions and hence may not be fully aware of the value for their produce. Pune-based FarmERP assists contract farming businesses in growing, procurement, quality control, packaging and sales.

The Need For Contract Farming

“Under the new farm regulation, the focus should be on building an ‘equal-partnership’ between a sponsor and farmers,” said Pankaj Khandelwal, chairman and managing director of global horticulture company, INI Farms, which is focussed on the post-harvest chain.

Khandelwal suggested that the startups need to look into three aspects when it comes to contract farming, flexibility to define price discovery mechanism, ability to use contracts as an instrument to access formal financing, and develop simplified local dispute resolution mechanism.

Emphasising on the same, he added that besides agreeing for fixed prices upon agreed benchmark and a premium defined for quality, there should be flexibility in agreeing to a minimum guaranteed price, which will ensure that the farmers recover the cost of production even in worst situations.

In addition to this, banks have resistance to advance loans as underlying land cannot be used as collateral. Startups claimed that the current regulation allows the contract to be used as a collateral and helps farmer/sponsor access financing. In a way, this would reduce the cost of transactions for banks thereby reducing the interest rate and processing fee.

INI Farms’ Khandelwal also stated that the transaction size per farmer is small in India and dispute resolutions are best solved locally. With new regulation in place, he suggested that it provides a possibility to get the group of engaged farmers to resolve the dispute between sponsor and farmer internally.

Among these, he said that the most popular one will be a direct-procurement model where retailers, processors or corporates will directly buy from farmers in order to reduce transaction costs and tackle quality problems, which arise in wholesale procuring. This could be a simple agreement as there is no contractual limitation on the farmers.

On the other hand, open-source intermediation can be adapted for specific supply lines or when an opportunity arises. The PPP model will again be a beneficial model as there will be a two-way contract between the company and the farmer. Here, the company provides inputs such as seeds, fertilisers, pesticides, etc. on credit and in turn procures the final product at an agreed price. A model becomes a tripartite when a facilitator is present between the farmer and the private firm, and plays a major role in the translation.

“Commodities which were under the previous essential commodities act, fresh fruits and vegetables will start seeing immediate beneficiaries,” asserted Khadelwal.

For instance, the new reform would create the possibilities for large infrastructure to be created for price-sensitive products like onions. Because storage will be allowed, there could be price stability at both farmer and consumer level reducing distress in the market.

Khandelwal said that during excess production, farmers can themselves possibly store and onions have a long shelf life and benefit by selling at a later date. “Warehousing receipt models would be possible which wasn’t possible earlier on long shelf life/ low perishable products,” he added.

Startups specialising in a particular crop or produce can well play a crucial role in creating a crop-wise or commodity wise supply chain for crops like onion, tomato, cotton, and even pulses, enabling the building of an organised value chain. There would be an element of precision farming in this as farmers would know exactly how much and what to produce.

Shailendra Tiwari, cofounder at Fasal, an agritech startup that offers farm-specific, crop-specific and crop stage-specific actionable insights to farmers, said that the new reform is going to push farmers to optimise their resources and scale technology integration, capital, knowledge and imagination.

“Overall, the consumers will be guaranteed with quality produce. At the same time, as more and more farmers start adapting technology, the cost for farming also comes down significantly, thereby improving the overall efficiency of the process,” he told Inc42, pointing at farmers’ ability to produce export quality produce which will further help in boosting the country’s economy.

Similarly, in the fruits and vegetables, startups believe there would be strong linkages created between the market and farmers. Production can be undertaken for specific requirements (example: lettuce for restaurant) to meet standard quality and grow specific varieties. Also, it would be possible to provide traceability to consumers ensuring food safety and therefore better margin structure for farmers as well as organised entities.

Adding to this, FarmERP’s Borkar said that crop-wise contract farming or precision farming could be the emerging categories, which would mostly work on a fixed rate basis, alongside companies that carry out contracts for one season, inclusive of one crop cycle till the span of a maximum limit of five years.

Agritech partners would provide farmers with working capital to carry out their sowing to harvest processes and once this cycle is completed, the advances would get deducted from the final valuation received.

Many industry experts also said that in some cases, contract farming companies would assist the farmers with inputs and advice. These inputs could consist of seeds, chemicals, fertilisers, etc, and the advice would be informative and instructive, allowing the farmers to follow good agricultural practices to increase their productivity and quality of produce harvested. The material provided would enable the farmers to get the maximum level of output required.

Majority of industry experts believe that these are the most important reforms in history of Indian agriculture and are expected to open the sector to higher competition. It would attract new age entrepreneurs, agripreneurs and farmpreneurs (farmers turned entrepreneurs), who would be driving both ‘agriculture science’ and ‘agriculture technology’ to reduce wastage, drive supply chain efficiencies and improve product quality.

FarmERP’s Shinde also said that it will make the market exceedingly competitive as the FDI and additional investments come into play. “Indian farmers will be at the helm of the development. And startups will be provided with various business opportunities, and their services may be in demand, based on their expertise.”