What You Need To Know About The Slack IPO

What You Need To Know About The Slack IPO 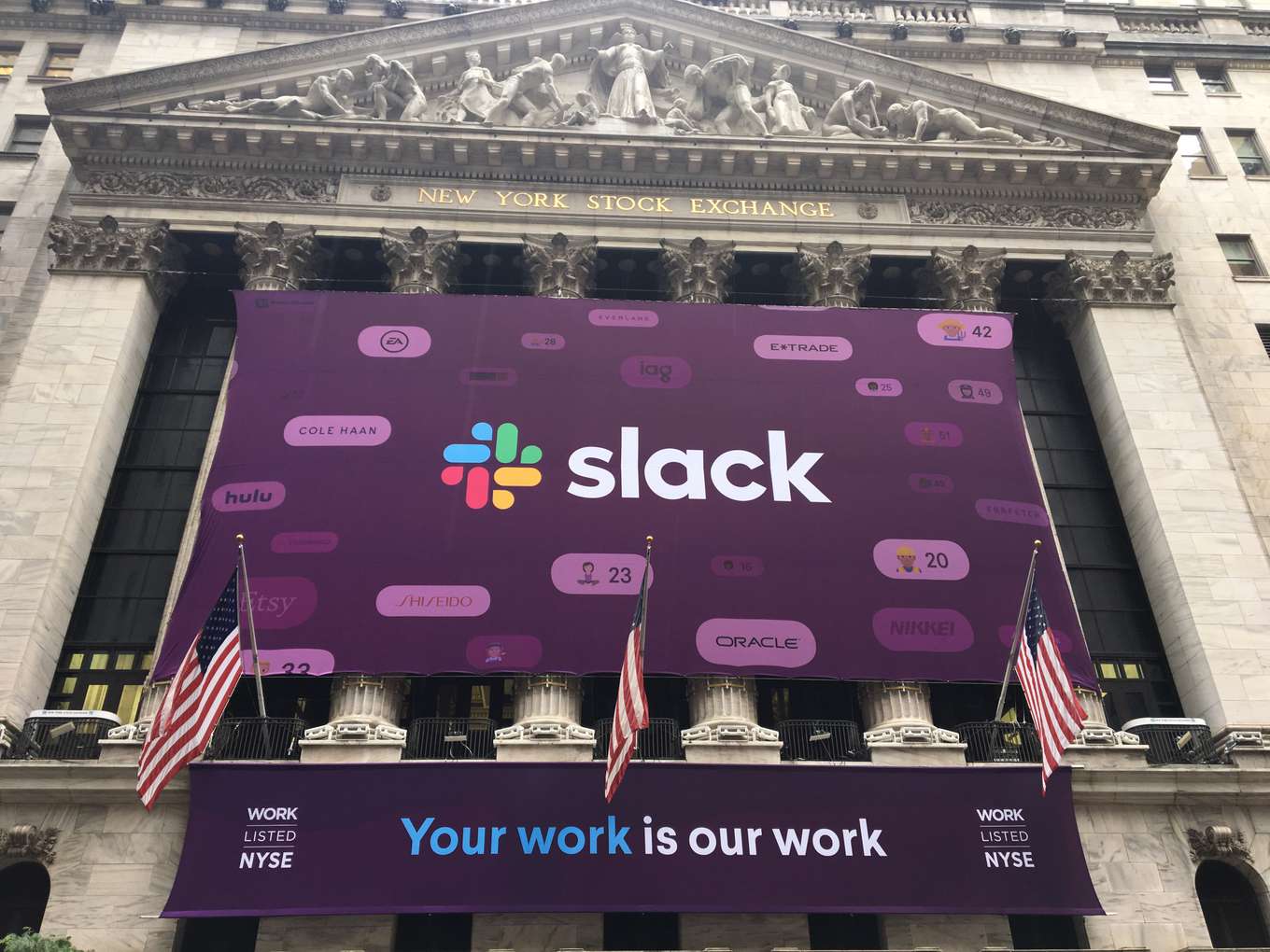 Slack cofounder and CEO Stewart Butterfield is now a billionaire

Last night, enterprise messaging platform Slack posted an article titled “Today is a good day to say thank you” and the graciousness did coincide with the ring of the bell at the New York Stock Exchange (NYSE). The company used the direct listing route to go public.

Slack, whose shares trade under the name WORK on NYSE,  became the latest tech company to list on a stock exchange when its shares went public on Thursday, soaring 50% higher than expected on its debut.

“Thank you to the remote worker waking up halfway across the world opening Slack to find out what transpired as she slept. To the CEO using Slack to get people on the same page while on a different continent. To the intern getting kudos in a way the whole company can see,” the San Francisco-based company wrote on its blog.

Slack began its life as an unsuccessful gaming company and had to reinvent itself but the journey ever since it got into the enterprise collaboration market, which is valued at about $59.86 Bn today, has been one of the biggest tech success stories from Silicon Valley in the past decade.

“To the person who persuaded their team to just give Slack a try—and still uses it for every project five years down the line,” the newly listed company posted on its blog.

Like many of its peers and fellow tech companies that have recently got listed like Uber, WeWork  and Lyft, Slack has been losing money. The company has disclosed that it lost $138.9 Mn last year and losses are expected to “significantly increase” over the next few years. And not everyone is convinced that Slack has made a deep impact.

“Despite Slack’s popularity across companies around the world, there continues to be question marks over its business model. While it successfully moved from being a messaging app for a video game company into a company valued at $15.7bn in just six years, the business hasn’t lived up to its ambition of toppling emails quite yet,” said Tilak Doddapeneni, Executive VP of engineering at Publicis Sapient.

The company is also facing competition from the big tech companies such as Microsoft with its ‘Teams’ platform, Facebook with ‘Workplace’ and Google’s G Suite among others, so it is still early days, even if the public listing signals Slack’s intention to take on the competition. Despite this uncertainty, one thing is clear — investors don’t seem to mind the worries.

Venture firm Accel, which was an early investor in Facebook, is the biggest investor in Slack, owning a 23.8% stake and its bet on the messaging service seems to be one for the records.

According to TechCrunch, Slack’s market cap now sits well above $20 Bn, or nearly 3 times its most recent private valuation of $7 billion.

Slack, like Spotify, decided to go for direct listing of its stock. A direct listing essentially means placing a lot of trust on the goodwill created by the company, undercutting the banks and underwriters and leaving the initial price discovery to the market. In an IPO, these things are managed by banks and underwriters with the initial price set by the company.

According to a case study on Spotify’s direct listing done by Harvard Law School Forum on Corporate Governance and Financial Regulation, the company chose the option over an IPO because it offered greater liquidity, allowed existing shareholders to sell shares directly to the public and allowed transparency with market-driven price discovery, among other reasons.

The same reason could well hold true for Slack but it is a gamble to go with direct listing because there is no support or guarantee for the share sale, in addition to no promotions, no reliable long-term investors and no defence by large shareholders against any volatility in the share price.

“Opting for a direct listing, making it the first Silicon Valley company to do so, after Swedish Spotify chose this method – is another bold move that could potentially transform the IPO process for other tech companies, all from a company already trying to change the way we work,” Doddapeneni added in a press note.

The public listing conversations in the startup world are now revolving around IPO vs direct listing and which one is best suited for a company looking to go public.