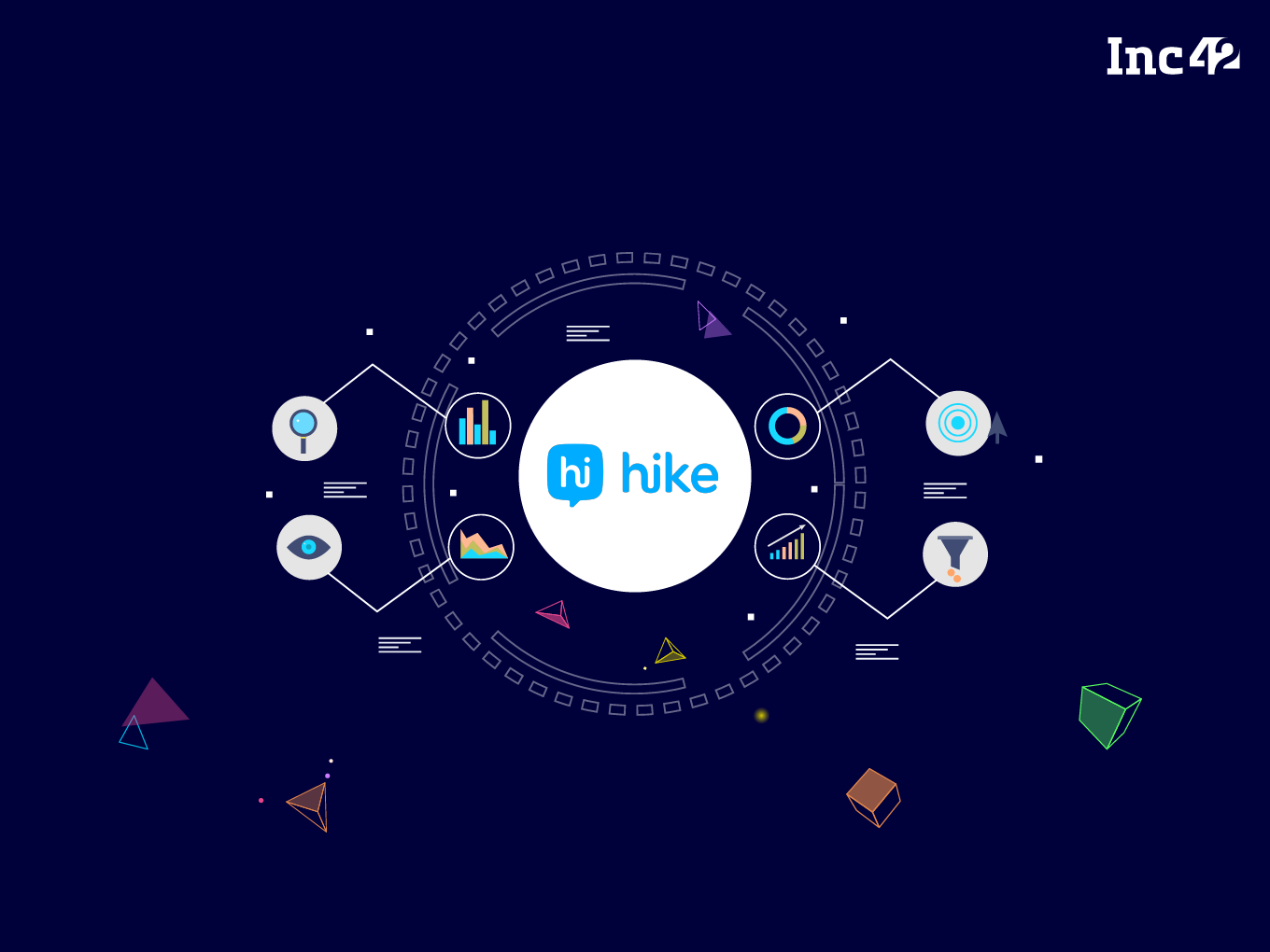 Hike was valued at $1.4 Bn and besides messaging, it also offers payments and gaming services

In 2016, along with demonetisation, another thing that went downhill was Hike’s growth. The Kavin Bharti Mittal-led chat app had reached 100 Mn user base in 2016 but since then, its journey has faced more hiccups than milestones, thanks to years of losses.

In the last few years, the company’s focus has evolved to gaining back its growth rate and getting back into the limelight of social media users to increasing engagement. Hike, which was valued at $1.4 Bn, had raked in more than $261 Mn in funding from SoftBank, Tiger Global, Tencent, Foxconn and Bharti.

So far, Hike has positioned itself as a ‘super app’ which not only lets you chat but also has news, social feeds, Hike Wallet integration, bookings, gaming recharges and more. But recently, it moved to an unbundled future, releasing a revamped Sticker Chat app, along with plans for a new content app as well as a gaming platform.

Through its payments service, Hike facilitates mobile recharges, bill payments, availability of bus tickets through the marketplace platform and earns a commission for the distribution of services. After years of reporting losses and being questioned for its monetisation model, Hike’s financial year, ending on March 31, 2019, didn’t show any improvement in revenue and the company faces an uphill climb to profitability, despite lowering the losses.

How Is Hike Planning To Survive?

Hike Sticker Chat is the first piece in Hike’s new strategy of going from this kind of super app to a multi-app entity. At the same time, the older Hike Messenger app will continue to provide the super app experience for ‘laggard users’. The company revamped its Hike Sticker Chat earlier this year with a deeper focus on AI and machine learning to not only help sticker discovery but also create some stickers on the go.

Hike announced that Sticker Chat has crossed a big milestone — 1 Mn weekly active users. Talking to Inc42, Mittal said that the ‘new’ Hike will be built around three pieces. The first piece of the puzzle is the chat app. “So there is gaming, and there are news and content as well.”

Mittal also said that Hike’s monetisation model may not necessarily follow the typical user-generated revenue. He explained in reference to Sticker Chat that, “We have partnerships with Bollywood, like the Gully Boy partnership which went viral. The Gully Boy stickers inside and outside the app got much more traction than others.”