What Listed And About To-Be Listed Indian Startup Founders Earn

What Listed And About To-Be Listed Indian Startup Founders Earn 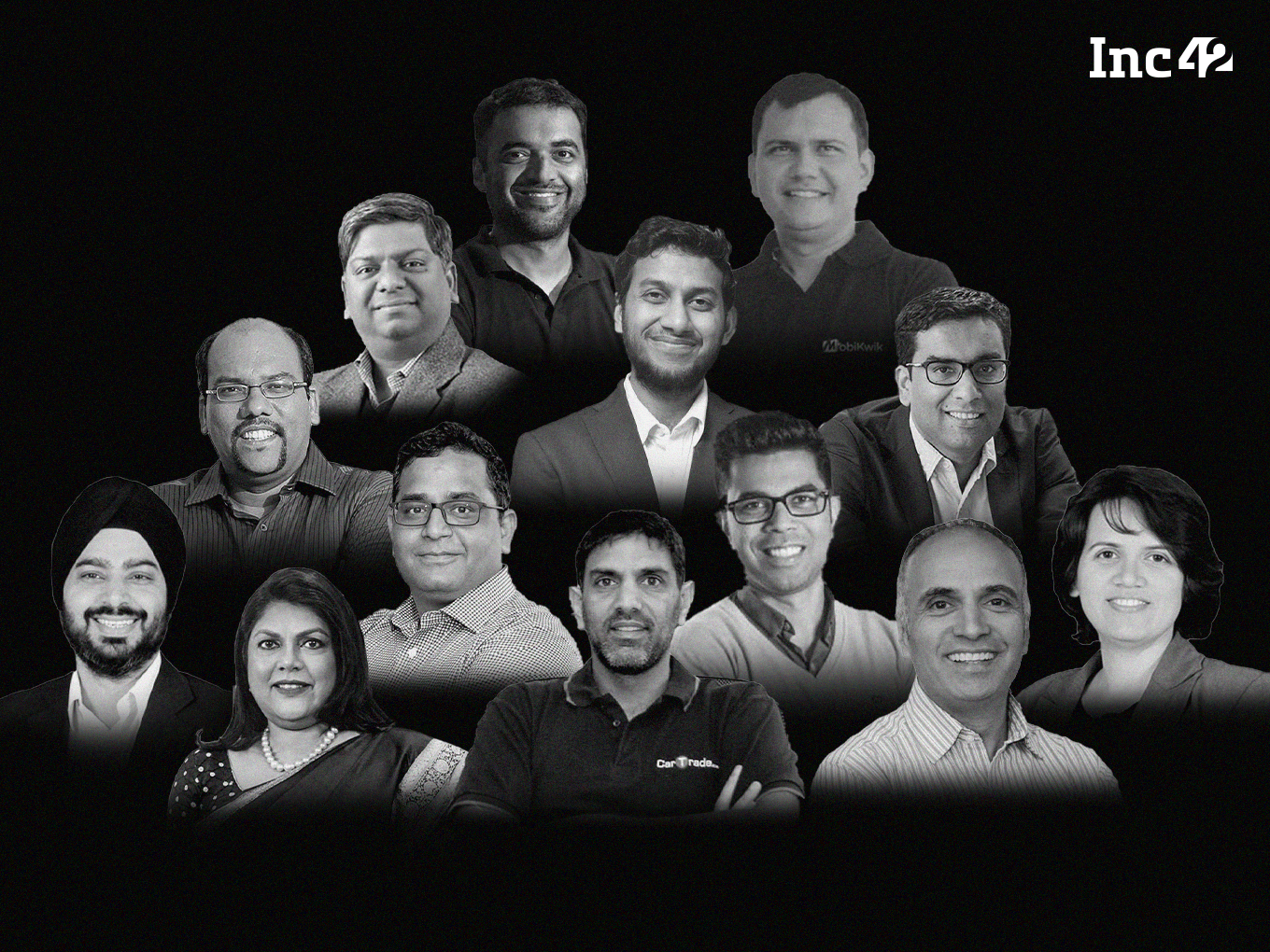 Vijay Sanghi of CarTrade, with an annual remuneration of INR 5.21 Cr, made him the highest-paid founder

While Ritesh Aggarwal of OYO has remuneration of INR 1.06 Cr, his salary at OYO Singapore, as global CEO since 2019, was raised to INR 4.45 Cr

Along with the festivities came a heartening season of startup IPO boom. The later half of 2021 has brought good tidings to the Indian startup ecosystem, and it is not about the valuation game. Success is no longer measured by how quickly new kids on the block turn into unicorns or how much money they raise from storied VCs.

Of course, India has made history even on that account. The country saw the birth of a record 33 unicorns this year and an unprecedented week in April (the second week, to be precise) when six companies entered the much-coveted unicorn club.

But startups hitting Dalal Street and sailing through their IPOs are a new phenomenon altogether. The ecosystem is no longer the land of high cash-burn and poor exit opportunities that once compelled many businesses to go for early consolidations or distress sales before reaching their full potential.

The tide turned when restaurant aggregator and food delivery giant Zomato, backed by marquee investors such as Fidelity Group, Tiger Global, Mirae Asset Management, Info Edge and others, filed for its initial public offering. Around that time, three more startups sought the SEBI nod for their IPOs. And all four sailed through.

Last week, fashion ecommerce platform Nykaa and payments bank Fino went public, while Policybazaar this week. While startups filing their DRHPs (draft red herring prospectus) with SEBI provide an insight into their IPO offerings, balance sheets and any legal action taken against them, we also get to understand what these founders earn.

Let us look at how much money the founders of the recently listed and soon-to-be listed startups are making.

Zomato has become one of the household names over the years. Delivery of food 24X7 along with essential items during the pandemic has made it find a place in most of our smartphones.

Deepinder Goyal founded Zomato in 2008, along with Pankaj Chaddah. The company has grown to serve in over 10,000+ cities across the globe in a span of 13 years.

Goyal has been appointed as the managing director and CEO of the company for the next five years until March 23, 2026, with a basic salary remuneration of INR 3.5 Cr. However, Goyal has voluntarily waived his remuneration for a period of 36 months from April 1, 2021 onwards.

Online automobile marketplace CarTrade went public in the month of August this year. The startup went public to raise INR 2,000 Cr through the public market.

As per the DRHP, Sanghi takes home INR 5.21 Cr every year, making him the highest-paid founder amongst founders that have gone public or have filed their DRHP.

Fintech startup MobiKwik filed its DRHP in the month of July and is looking to raise INR 1,900 Cr from the public market. The startup earlier last month received SEBI’s approval for its IPO. The company also entered the unicorn club after a few of its employees exercised employee stock option plans (ESOPs). The secondary round was led by former Blackstone India head Mathew Cyriac.

The startup was founded in 2009 by Bipin Preet Singh and his wife Upasana Taku and they collectively own about 34.52% stake in the company.

While Singh is the CEO of the company and has a remuneration of INR 4 Cr, his wife Taku is the COO of the startup and receives the same salary of INR 4 Cr annually.

Chandan Joshi joined Mobikwik in 2018 and is now the CEO of Payments at Mobikwik. His annual remuneration is INR 3 Cr.

Paytm is another name that has become a household name because of its fast and reliable digital transaction rate. The company filed its DRHP for INR 16,600 Cr IPO, already the largest IPO in the country, only to increase it further to INR 18,300 Cr.

The startup is expected to hit the public market post-Diwali at a price band fixed at ₹2,080-2,150 per share.

According to an MCA filing accessed by Inc42, Sharma’s compensation for FY21 and FY22 was INR 4 Cr including payments for lease, rent and accommodation. In FY2020, he took home INR 3 Cr along with allowances and other bonuses.

What is interesting to note is Nykaa is the only startup that is going IPO where the promoters hold more than 51% of the stake in the company.

A former banker, Falguni Nayar started Nykaa in 2012 and at present has a fixed remuneration of INR 5 Cr annually.

Ixigo is an online travel portal that offers flight, bus, train tickets along with listed hotel rates across the company. Le Travenues Technologies which operates ixigo filed its DRHP with the market regulator SEBI in August to raise INR 1,600 Cr from the public market.

Ixigo is one of the handful of startups that are profitable and are going public. The startup was founded in 2007 by Aloke Bajpai and Rajnish Kumar and is backed by Elevation Capital, Sequoia Capital, GIC among others.

Bajpai who is the chairman, MD of ixigo and Kumar who is the cofounder, non-executive director and group CPTO of ixigo has an annual remuneration of INR 1.2 Cr each.

Hospitality unicorn OYO filed its prospectus with the market regulator in October and is eying to raise INR 8,430 Cr through the public market. OYO’s Draft Red Herring Prospectus (DRHP) stated that the startup will issue fresh shares worth INR 7,000 Cr and an offer-for-sale — offloading of shares through the sale of shares from existing investors — worth INR 1,430 Cr.

Founded by Ritesh Agarwal, one of the youngest founders in the startup ecosystem,  the startup is backed by marquee investors such as Softbank, Microsoft, Airbnb, Lightspeed Ventures among others.

According to the terms of his employment, Agarwal is entitled to a gross remuneration, including perquisites from Oravel Stays is INR 1.06 Cr.