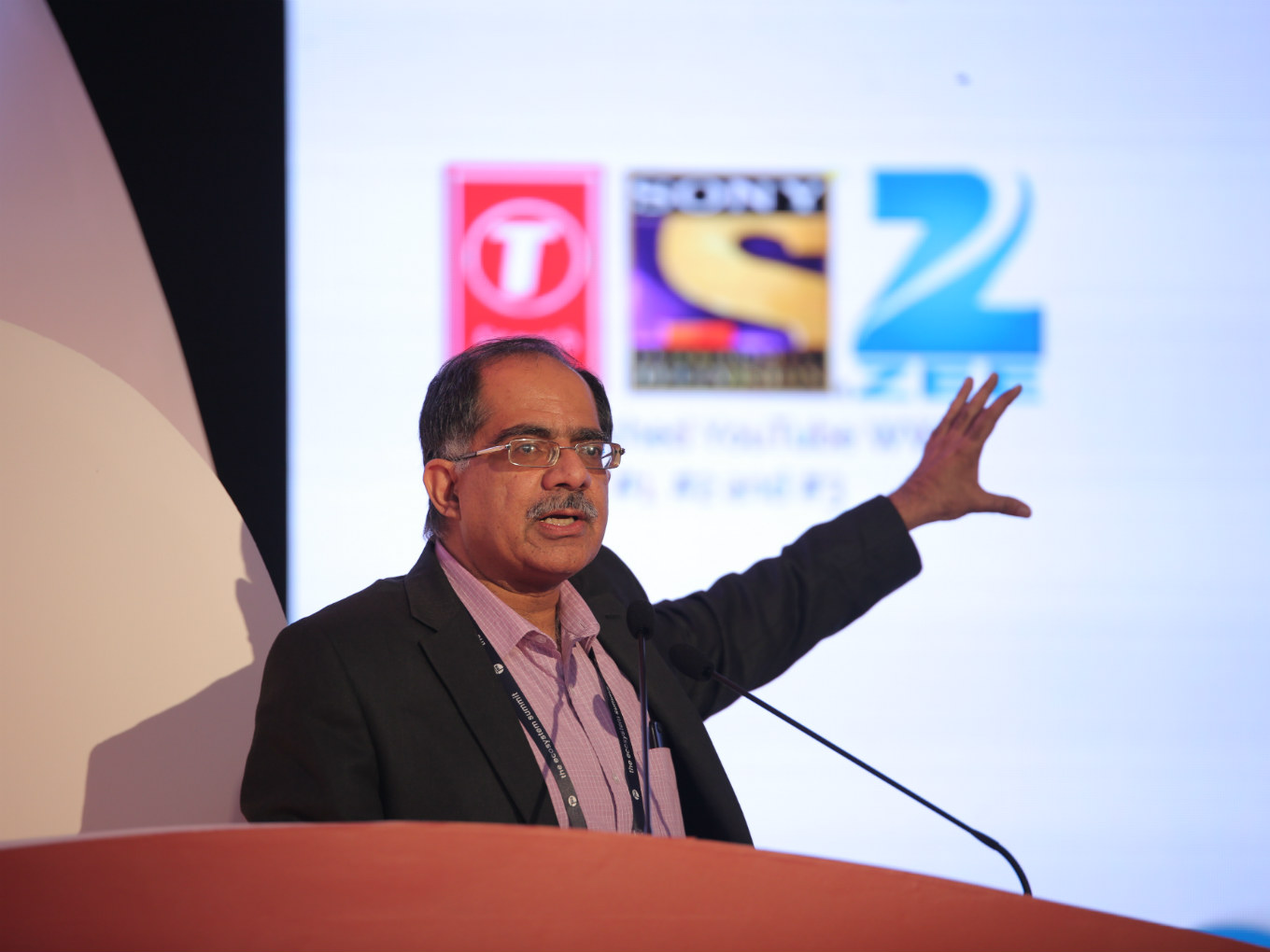 While 8.8 Mn businesses in India are capable of filing GST, only 1.2 Mn can avail bank credits, he said

Sharma was speaking at The Ecosystem Summit, organised recently by Inc42

“UPI (Unified Payments Interface) did 485 Mn transactions last month (October) and it is growing at a reasonable 20% per month. With over 500 Mn transactions this month, UPI transactions have now exceeded what American Express (Amex) does worldwide, which is 7 Bn transactions per year,” said Sharad Sharma, cofounder of iSPIRIT Foundation.

This was his “I told you so” moment — Sharma said he had forecast this long ago, on January 16, 2016, when he was moderating a session during a Startup India-related policy announcement.

Sharma, who identifies as an entrepreneur, an adviser, and a software developer, said he had also forecast that India would significantly go cashless by 2021 and he still stands by this.

Sharma was speaking on Startup Policy Architecture and Innovation at The Ecosystem Summit by Inc42 on November 16 in New Delhi. Inc42 also launched its flagship report — The State of The Indian Startup Ecosystem 2018 — at the event.

India is too big a country to change with a single reform. For bring about any big change or revolution, market participants, technology, and policy reforms need to come together on the same page, said Sharma. He elucidated this point with a detailed explanation on how TV has transformed in India.

In 1987-1988, there were hardly 34 TV towers across 34 cities in India and that too with limited transmission capabilities. This meant that if there was a TV tower in Bengaluru, while Bengalureans could watch TV (which had only one channel — Doordarshan), people residing in areas like Rampur, a Karnataka village about 73Km from Bengaluru, couldn’t watch TV.

Sharma said that between 1988 to 1995, TV viewership grew 25X. This explosion took place due to a host of changes in terms of policy reforms, which allowed the epic programmes such as Mahabharata and Ramayana to be made, technology (Insat, Pamsat), and new market participants.

Sharma called it an ‘India to Bharat’ change, adding that some of the most-watched Youtube channels in the world are T-Series, Sony, and Zee.

India is fast moving towards being truly cashless. Currently, UPI transactions comprise one-eleventh of the total transactions that VISA does worldwide. It is estimated that UPI transactions will rise 3X, 6X, or 10X in the next 12 months, depending on how good its (UPI) growth is, said Sharma.

He added that achieving a significantly cashless India has been possible only because of the emergence of new market participants (banks and payments companies), technology such as BHIM UPI and policy reforms like streamlining of MDR (merchant discount rate) and Unstructured Supplementary Service Data (USSD).

Further, India now has a GST system. There are 10.1 Mn businesses registered with GST of which 8.8 Mn are big enough to file GST. However, only 1.2 Mn of these 8.8 Mn businesses can avail bank credit. The rest 7.6 Mn rely on formal credit, Sharma informed the audience.

“Like I said earlier, India is too big to be changed by one reform. The lending issues could not be alone fixed by NBFCs, which have been in India for the past 15 years. However, the problem is now getting sorted as banks and NBFCs, backed by policy reforms, are fast adopting localised and cutting-edge solutions,” explained Sharma.

He is of the opinion that there are several numerous tectonic forces at work, which work slowly, but bring about significant patterns. The only way to understand the future is to unfold the changes happening at the tectonic level, he believes.

Sharma rightly made a point at The Ecosystem Summit. In the last couple of years, there has been a series of policy reforms across the sectors. And, more importantly, as is the case with payments solutions, ecommerce and drone regulations, policy makers, entrepreneurs, and technologists have been working side-by-side for this.

The sectors have been further supported by entrepreneur-friendly state and central policies. With 20 states out of 29 having released their own startup policies, the tectonic changes can be seen in the startup sector as well.

Order The Report Now
Message From Our Partner