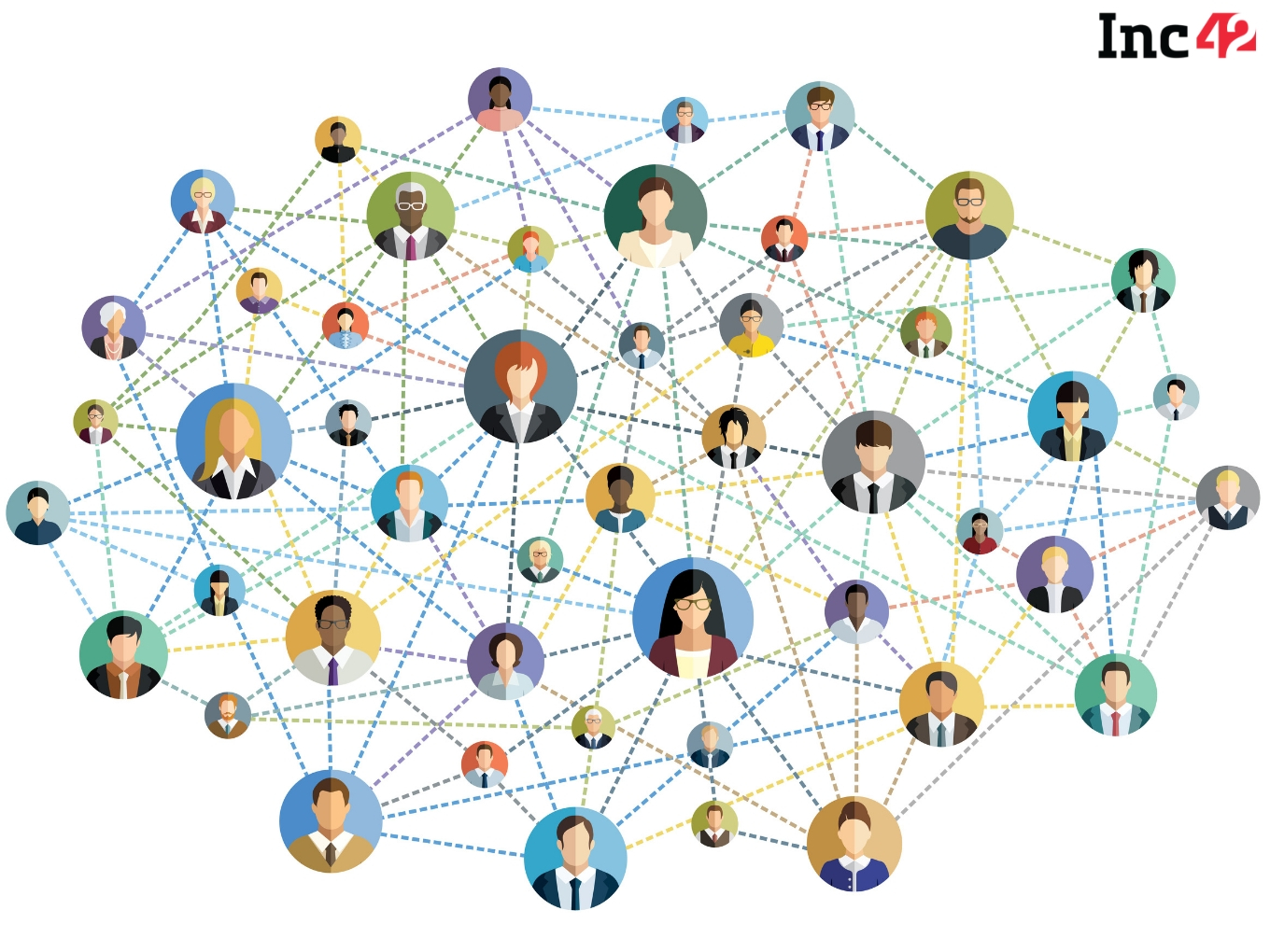 With the launch of the first angel network in 2006, there are now more than 30 such networks

It all started in the latter half of 2015 when the need for having a structured body was felt in the city of Chandigarh. The seasoned entrepreneurs of the region have had their wholesome journeys of building and running their businesses. They understood the challenges faced by young entrepreneurs when they had to go to Tier 1 cities for raising capital or seeking mentorship.

So, these experienced entrepreneurs who were otherwise investing in startups through their network realised that there was an opportunity to invest together as a group to get more mature deal flow. They intended to support local entrepreneurs by means of mentoring and funding, so the next Flipkart or Paytm was birthed and headquartered in Chandigarh rather than escaping to metros like Bengaluru.

This led to the inception of Chandigarh Angel Network (CAN) — a network which has more than 40 investors and has backed 15 startups in the last three years. The inception story of CAN is not different from how a journey of startup begins.

The Problem. The Need. The Solution.

While cities like Delhi, Mumbai and Bengaluru have evolved ecosystems — the Tier 2 and Tier 3 cities lack in the resources that early stage companies initially need. With the increasing focus of the government and the private individuals’/organisations’ bid to tap into opportunities in these hubs — the startup ecosystems have now started to evolve.

While the early stage venture funds, incubators and accelerators are playing their part in the growth of India’s emerging startup hubs well, another enabler which is fuelling the roots here are the local angel networks.

As part of the Inc42 and Amazon Web Services’ (AWS) ongoing series, Over The Horizon — this time, in our quest to find the hidden heroes of the investment world, we put the spotlight on the angel networks which identify a potential startup, help it raise funds, and be the guide for its growth from early-stage to building a sustainable business.

From the first angel network — Mumbai Angels — launched in 2006, India, today has over 30+ angel networks and platforms that are bringing together investors across the country on a single platform. On one side, they are helping startups gain investor attention and on the other, they are providing investors with the right deals to invest in.

While, the networks/platforms like LetsVenture, or Indian Angel Network provides startups with access to capital without being limited to particular hubs, the need of evolving the local ecosystem has led to the emergence of locally-situated networks which bring together the HNIs in the hub itself as investors, besides, other investors.

According to Inc42 DataLabs, 19 networks invested across 81 deals in 2018 and the top spots were gained by Venture Catalysts (33), Mumbai Angels (10 deals), Indian Angel Network (11) and LetsVenture (4). A further breakdown shows that in hubs in Tier 2 and beyond, the most active angel networks include names such as Venture Catalysts, Chandigarh Angel Network, Calcutta Angles, Chennai Angels, TiE Amaravati — which highlights the crucial roles these local networks are playing for the ecosystems in their vicinity.

Although the Tier 1 cities of India will continue to be the top startup hubs of the country, angel networks are boosting the ecosystem in traditional business zones and that is why a number of Tier 2 and Tier 3 cities are emerging as the next startup hubs in the country. Cities like Chennai, Jaipur, Ahmedabad — have witnessed their share of success stories including the likes of Zoho/Freshworks, Cardekho and Beardo (Acquired by Marico) respectively. However, their growth as an overall hub remained stagnant to a certain extent.

Interestingly, in 2018 alone, around 93 deals were executed and $720 Mn was invested in startup hubs across India, excluding the deals reported in top five hubs — Delhi/NCR, Bengaluru, Mumbai, Hyderabad, and Pune (Inc42 Datalabs estimates).

Smaller Cities Are Emerging As New Startup Hubs. How?

Even a few years back, people in smaller cities like Chandigarh, Mohali, Jaipur, Ranchi, Lucknow and Indore, were primarily involved in traditional businesses and the ecosystem for startups was nascent.

With time, smaller cities like Chandigarh, Mohali, Jaipur, etc. which were earlier traditional business zones have seen the rise of startups — that are now co-existing with other businesses.

Moreover, the ecosystems in smaller cities are maturing and the major factors driving this growth are increased awareness complimented with the rise in the number of investors, incubators, accelerators which form the support system fueling the growth.

In a conversation with Inc42, Dr. Apoorv Ranjan Sharma – cofounder and president at Venture Catalysts said, “The angel investors, which were initially more inclined to invest in startups through funds, gradually started investing in their individual capacity in tier 2 and tier 3 startups due to better business bandwidth in these cities.”

And this led to the creation of networks which takes away the pain of sourcing local deals and potential startups for investments and building sustainable business models in their own cities instead of flying to metro cities.

The opportunity is huge. And, clearly, Venture Catalysts’ expansion to multiple Tier 2 and Tier 3 cities is an example of this. Today, it has its network in cities like — Raipur, Chhattisgarh, Surat, Nagpur, Jaipur, Kolkata, Siliguri, Lucknow, and Ahmedabad among others — and from these cities, it has x investors on-board.

Over the years, besides, Venture Catalysts, India has seen the rise of several hub-focussed networks that are working towards supporting the ecosystem, these include —  Gujarat Angel Network, Chandigarh Angel Network, Calcutta Angels, TiE Amravati. These networks are not just helping startups gain access to investors but also, helping HNIs (and traditional players) to learn about the investing etc. And, apparently, this is the reason why startups are coming up from cities which people could hardly imagine. For instance, WittyFeed from Indore and TaxMantra from Kolkata.

One of the main challenges, which existed before and have some relevance today is sourcing potential investee companies. The non-availability of a steady flow of investable deals, mainly due to lack of awareness about startups. As Nair shares, “The lack of institutional funds and lack of large global business operating locally has hurt us. This, in turn, affects the quality of suitable talent at multiple levels.”

When Venture Catalysts was expanding to these cities, it went ahead and conducted about 220 masterclasses in cities like Dehradun, Kanpur, Lucknow, Surat, Jaipur and Raipur, among others. Sharma started educating traditional business owners who were running businesses with a turnover in the range of $6.94 Mn to $694 Mn (INR 50 Cr – INR 5,000 Cr) and made them realise that startups are a powerful asset class.

Not just in terms of economy, startups in smaller cities are even creating a social impact as Vineet Khurana of Chandigarh Angel Network says, “Our portfolio companies employ more than 1,500 employees cumulatively.”

With both private and public offices across sectors adopting deep tech solutions right into their core operations, it is clear that the future of work will be rooted in utilising IoT, AI, machine learning and automation to increase efficiency. This gives a chance for regional startups to leverage their unique knowledge to solve grassroots-level problems that often get overlooked. And when entrepreneurs are ready with solutions, investor networks such as Chandigarh Angel Network are there to not just give them the much-needed initial support but also act as a bridge to help them scale into Tier 1 cities and possibly go global.