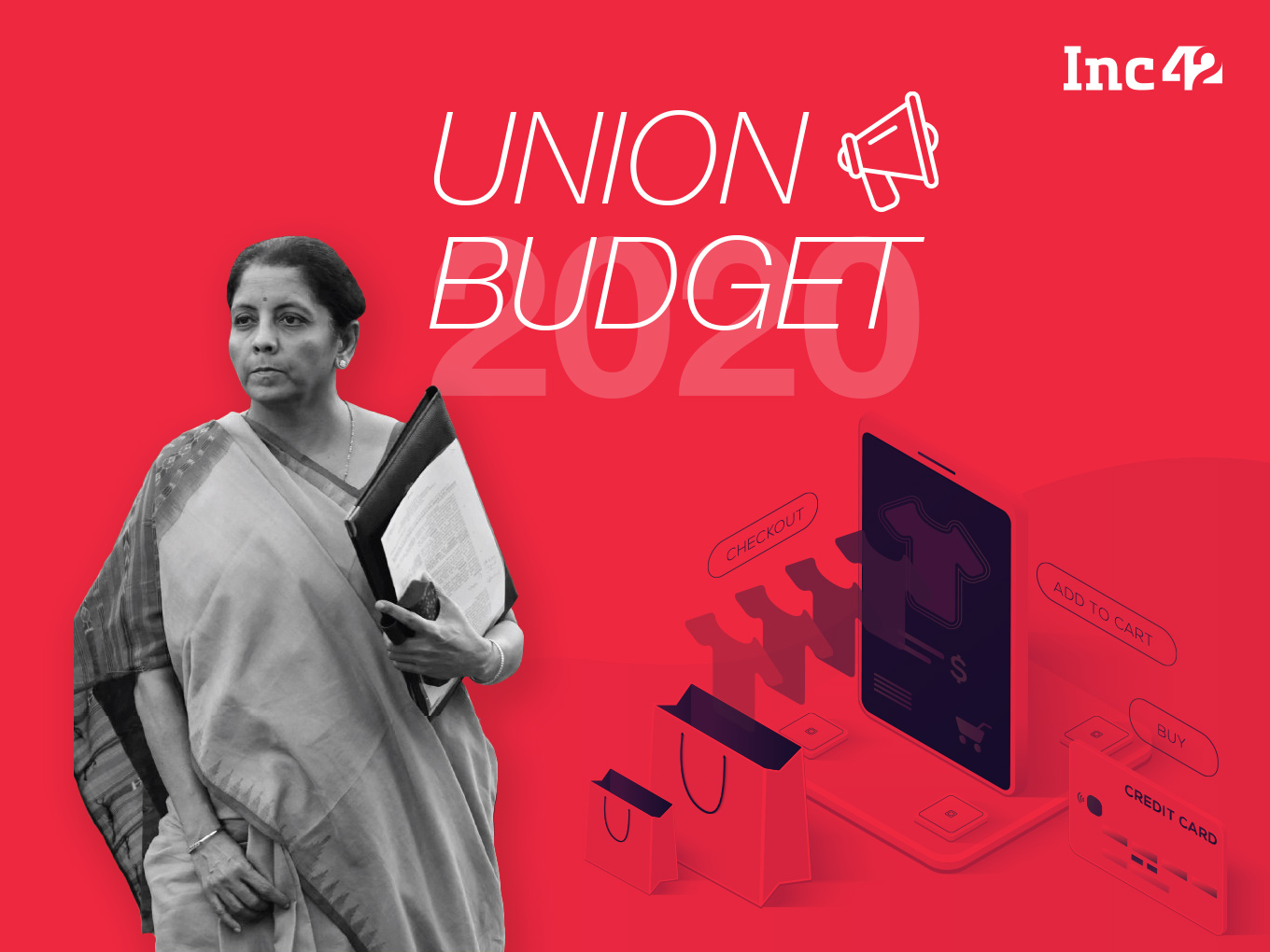 With various notifications in the past, the industry awaits a comprehensive ecommerce policy

Steps need to be taken to address consumer spending which could help lift demand, stakeholders told us

GST obligations for online and offline traders should be same, say stakeholders

India’s ecommerce sector which is hardly 5% of the country’s retail sector makes the most noise in the startup ecosystem. And, why not! When two of the biggest global players like Amazon and Walmart are key stakeholders, there’s bound to be a lot of attention on this space. In fact, the duo is also influencing India’s trade relations with the US now.

Be it Flipkart’s acquisition by Walmart, or numerous policy initiatives, the last two years have shaped India’s ecommerce in multiple ways AND 2020 will be crucial too as India is set to introduce its comprehensive policy on ecommerce and Reliance enters the game.

Reliance Jio has announced plans to launch Jiomart. And, it will be interesting to see how the conglomerate performs especially when other big groups like Tata have failed to make an impact in this sector.

As the finance minister Nirmala Sitharaman is all set to introduce Union Budget 2020 in the Parliament on February 1, 2020, ahead of Delhi Assembly elections, we spoke to ecommerce startups on their demands from the Budget.

Interestingly, while the government is yet to introduce the National Policy on Ecommerce, the economic slowdown has forced every sector to agree on one basic demand — address the decreasing consumer spending.

While Amazon and Flipkart chose not to comment on the Budget 2020 expectations, among the other companies who spoke to Inc42, the major demands are:

According to Deloitte India and Retail Association of India’s report, the retail market in India is expected to hit $1.2 Tn while the ecommerce too shall grow to $84 Bn by 2021 and $200 Bn by 2026. However, amid the slowdown as India’s GDP is the lowest in the last decade, Morgan Stanley has now estimated that India’s ecommerce market may only hit $200 Bn in 2027.

From GST to FDI in inventory model of ecommerce, the existing ecommerce policy has imposed numerous restrictions over the marketplaces, India’s ecommerce companies have been struggling to find a balance between profitability and operability. Despite having received huge funding from VCs, ecommerce companies, on the whole, have been under huge loss every year.

According to Microsoft India Startup Research, over 75 ecommerce startups out of existing 450+ in the country have raised funding from VCs. And, most of these ecommerce companies in India including Amazon India and Flipkart have made huge losses.

Walmart owned-Flipkart’s losses has grown by 69% in fiscal year 2019, despite having revenue shot up by 44%. Amazon India, for which Bezos has committed to invest $5 Bn, registered a cumulative loss of over INR 7,000 Cr across various units in 2018-19.

Another major ecommerce player Shopclues, which in 2016 had become India’s fourth unicorn, was acquired by Singapore-based player Qoo10.

Within ecommerce, we, therefore, are seeing a slew of emerging sub-sectors such as social ecommerce, recommerce, subscription-based ecommerce, vertical ecommerce focussing on women, children and male grooming and fashion which are exploring different revenue models.

Among the ecommerce sector, the expectations are geared towards the MSME sector, especially for B2B players. Amit Sharma, CEO and founder, ShopX, said that given the economic conditions of 2019, it would be welcome to see the government roll out measures that support and drive the growth of the small MSMEs and kirana stores who are a vital link to the Indian economy.

“The focus should be to spur consumption from Tier 2 and 3 cities. As an enabler of small retailers and kirana stores, we will work on supporting and digitising the 12 Mn stores across India that support the daily needs of 400 Mn middle-class Indians,” he added.

Jatin Mazalcar, CFO, Meesho, leading the wave of social commerce startups and encouraging individual reselling said the government has to focus on home entrepreneurs. “We would like to see the lowering of income tax and putting more money in the hands of the consumer to give a boost to the economy, no GST obligations for small or home entrepreneurs and parity between online and offline suppliers with < INR 40 Lakh turnover.”

Mazalcar added that significant investments happen in the initial phase of startups and refund of GST input credit to startups can free up a lot of working capital and spur entrepreneurship.

“This will be a big enabler for small or home entrepreneurs, generate employment and more importantly digitise the economy further.”

He further spoke about helping startups streamline costs by lowering tax on ESOPs since there is a very high tax incidence at the moment. This can be changed by reducing the tax rate as well as not taxing perquisites at the time of exercise, he added.

Akshay Hegde, cofounder and MD, ShakeDeal told Inc42, “Increasing consumption power of the middle and upper-middle classes by rejiggering the direct tax slab rates is sure to drive more take home in the hands of consumers for discretionary spending.”

Hegde also recommended increasing the exemption for income tax level up to INR 5 Lakh of an individual’s income to increase the middle-class base and hence drive the demand for goods and services.

“The loss of tax revenue should be overcome and offset by the resultant increase in consumption. Further rationalisation and simplification of the indirect tax refunds system should be looked at closely. Freeing up locked up working capital in an economy already dealing with sluggish credit growth is key to improving cash flow and working capital flows for businesses.”

He urged the government to create more startup-friendly and focused measures like in the first budget in Modi 2.0, where the government clarified on angel tax and helped the startup spirit. The government should also look into policies that bring in more FDI into the country especially for labour-intensive sectors. This would help address the unemployment issue facing the country.

“We hope that the upcoming budget 2020 will allow greater tax benefits to enable larger part of the population to purchase homes.”

Sharma added that now is a good time to invest in housing as the previous budget had addressed the issues surrounding liquidity of realtors through the recapitalisation of PSU banks and support to securitisation for NBFC assets.

“Our government has always been open to feedback, and we feel that home buyers and real estate developers will benefit from the upcoming budget which might allocate greater funds towards infrastructure thus contributing towards a healthier economy. With the upcoming budget, we are also expecting newer policies aimed at transforming buyer experiences.”

Vikas Bagaria, founder of Pee Safe, which makes women-focussed hygiene products, believes that verticals such as femtech within the ecommerce industry have huge potential. It is expected to reach $50 Bn globally by 2025, as per estimates by Frost and Sullivan. “Though this is a relatively new industry, it aims to address some of the age-old problems women have been facing and is projected to be the next big thing in the women’s health and hygiene market.  It promotes the use of digital health applications such as hygiene products, diagnostics, reproductive health monitoring systems, etc. to help women take control of their health.”

For Bagaria, the big expectation from the Budget 2020 centres around government policy and regulation to enable ease of doing business through centralised policies. “This will also attract more foreign investment opportunities in the segment. There is also a need to simplify the taxation process and make early-stage funding easier. While the government has done well in terms of facilitating foreign investments in India, this outlook needs to be maintained going forward to effectively promote more innovations under the Make in India campaign.”

For Sanchit Gaurav, cofounder, Housejoy, technology as well as government-aided initiatives such as the Bharatmala scheme for logistics, UDAN and AMRUT are paving the way for some evolutionary advancements will make 2020 a landmark year for construction.

“There are also some roadblocks that need to be addressed and we hope this year’s budget will bring out conducive policies. The Indian government has recently infused capital in real estate and infrastructure but more needs to come in, particularly in Tier 2 and 3 areas.”

He added that timely tech intervention will not only help individual growth but also lead the economy towards recovery. “We hope the budget will enable this and more.”

Need A Balancing Act Between Swadeshi And Videshi

Besides numerous restrictions such as no FDI in inventory-based model ecommerce, GST registration, the upcoming intermediary guidelines, the Personal Data Protection Bill and others will further increase the liability of the companies.

On the other end, there is a slew of accusations on the major ecommerce players such as Amazon and Flipkart for not fairly treating their online vendors. In fact, the Confederation of All India Traders (CAIT) has taken them to various courts on the same.

Given the number of jobs that ecommerce companies generate, and the support it extends to independent entrepreneurs and MSMEs, as well as other sectors such as fintech and logistics, encouraging the ecommerce industry has been top of the government’s agenda for many years and should continue in 2020 as well.

While state governments have been collaborating with ecommerce players on various schemes such as Uttar Pradesh’s One District One Product (ODOP) scheme, Flipkart has now partnered with the Indian government’s Deendayal Antyodaya Yojana – National Urban Livelihoods Mission (DAY-NULM).

Despite having grown this decade, traders and ecommerce players continue to lock horns on various issues. Part of the issue has been the delay around the various important ecommerce policies. Can Sitharaman find a balance and bring more clarity to the existing policies?