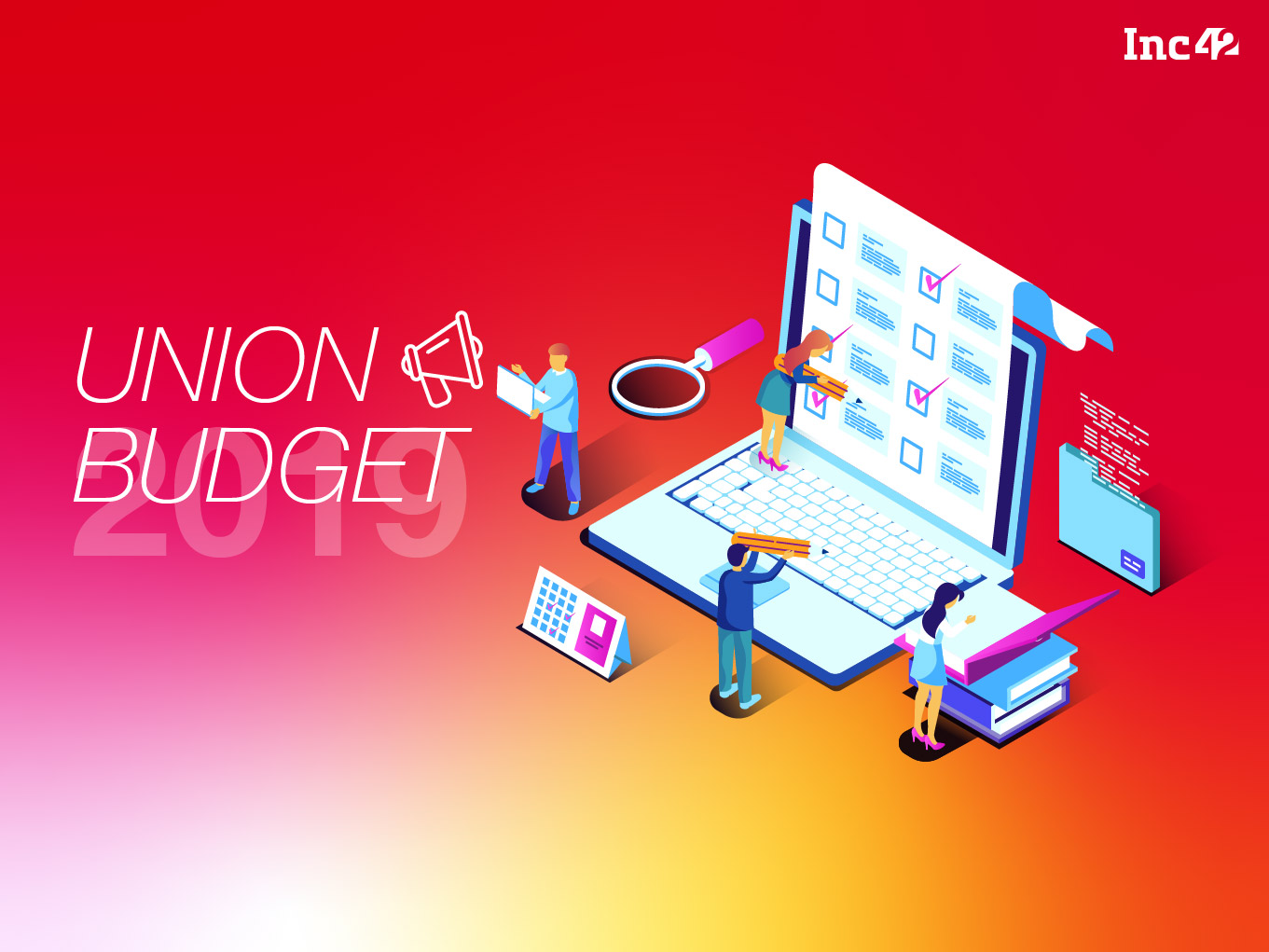 85% of respondents want innovation fund for each sector

67.6% want GeM to be more startup-friendly

In less than 24 hours, the Union Budget 2019 is ready to be presented in the house tomorrow.

The interim budget 2019 announced in February came out to be a populist budget with hardly any announcements for startups. The startups and other stakeholders, however, are looking at Union Budget 2019 and have high expectations from the Budget which we have covered in a series of articles here.

In a democracy, great victory usually comes with great expectations; undeniably true for Modi 2.0 as well. The first Union Budget of the 17th Lok Sabha is instrumental in this regard. Being at the forefront of the Indian startup ecosystem, Inc42 had earlier floated a survey to figure out the key demands of startup ecosystem stakeholders.

Given the reality that announcements made under the Interim Budget have already burnt through a significant part of the upcoming Union Budget, Inc42 in its survey asked CEOs, CFOs, and investors about their immediate demands and expectations.

It was found that 85.3% of the respondents opted for the “Creation of an Innovation Fund in each sector to support startups in building PoCs (proof of concepts)”. While 67.6% respondents are of the opinion that the existing GeM format is not enough and that the setup should be more open and encouraging.

To promote innovation, RBI has announced plans to create a regulatory framework where fintech startups will be given opportunities for developing their PoCs, thus, barring some sectors like defence, the government has not announced any innovation funds for other sectors.

To promote startups and hence innovation in the area of defence, the Centre had set up Defence Innovation Fund in July 2017. Keeping that in consideration, can sectors like healthtech, agritech, pharma and edtech get innovation fund too?

There’s a reason that startups have demanded an innovation fund. Speaking to Inc42, Meena Ganesh, MD and CEO of Portea Medical had earlier stated, “Healthcare technologies take a longer period for development and implementation. Whether it is technology or opening a new hospital, gestation period in the healthcare business is deliberately longer. New technologies and innovations are happening however, it takes a longer time in healthcare to create an impact and become economically viable.”

Ganesh explained that many of the developments are done at molecular levels and therefore need an observation time of at least 10 years to fulfil their impact and adaptability in real life scenarios. Even for medical device development, startups need at least five years before introducing a new device into the market after sufficient testing.

While the Modi government has announced INR 6,400 Cr for Ayushman Bharat, the medical insurance programme for the poor, the government is yet to address the healthcare infrastructure issues. For instance in Bihar’s Muzaffarpur alone, the death toll due to acute encephalitis syndrome (AES) has reached 137, partly because the doctors’ haven’t found any exact medicine to address AES. Issues like these signals urgency in the creation of Innovation Fund particularly in healthcare.

On GeM, the Modi government has already certain exemptions to startups and the “1,862 startups registered on GeM, have received 7,697 orders worth INR 275 Cr till April,” DPIIT Secretary Ramesh Abhishek recently tweeted.

Startup founders are of the opinion that the govt must extend more benefits to startups. Though in the context of promoting MSMEs, Nitin Gadkari, the current MSME minister said that the ministry has already begun working towards constituting an ecommerce platform for the Indian MSME sector.

Around 41% respondents also voiced a for lower and holistic GST policy for startups, especially in the edtech and electric vehicle sector. Many agreed that Reskill India programme needs to be rebooted to improve employment level and talent pool.

As part of its Vision 2024, the government has reportedly planned to disburse all the remaining amount of its Fund of Funds for startups which saw the funding of 244 startups till now, it has also proposed to create a Seed Fund worth INR 1,000 Cr.

Union Budget 2019 is going to be instrumental from this perspective.

Pro Crypto Vs Pro Ban: What Should Sitharaman do

Amid FATF Recommendations with their Interpretive notes and Supreme Court’s notice to the Centre, Sitharaman is expected to clarify the government’s latest stance and also a regulatory framework for crypto entities when she introduces Money Bill 2019.

Citing government sources, a section of media has reported that the government is not only about to ban crypto but will also penalise those whoever would found associated with crypto trading.

In Inc42 Survey, there’s a clear partisan between pro crypto and pro ban choices. While 41% of the respondents have agreed to the regulation that crypto must be regulated not banned; it’s an innovation a tool if utilised in the right way, 38% are of the opinion that crypto must be banned as it helps spread money laundering and terrorist financing.

Earlier speaking to Inc42, Shivam Thakral, BuyUCoin cofounder and CEO asserted that he still doesn’t believe the government would take measures like banning cryptocurrencies, but if that scenario strikes then panic mode would be activated among the crypto community. Several lives would be hugely impacted in terms of employment, financial losses etc. It will also lead to the rising of a parallel economy in cryptocurrency that will certainly become a headache for the government.

Nishith Desai Associates leader Jaideep Reddy said that the ban will pose a plethora of issues. Questions would arise about how people who are holding these assets are supposed to dispose of them if no one in India is allowed to buy them, as well as if such a move is constitutional since an outright ban may not be a reasonable restriction on fundamental rights.

“One should remember that even if the committee recommends an outright ban, several legal and democratic processes have to be followed before it can become a law,” Reddy added.

Union Budget 2019 To Lay The Foundation For Startup Vision 2024

Before coming to power, the BJP in its manifesto had made a host of announcements as part of its Startup Vision 2024. The major promises made in the announcement are:

While these announcements address the major concerns of startups shared in Inc42 Pre-Budget Survey, the question is, will the Union Budget 2019 reflect the true intent of grand vision. Count down has already started. In another 20 hours, we will have the answers.