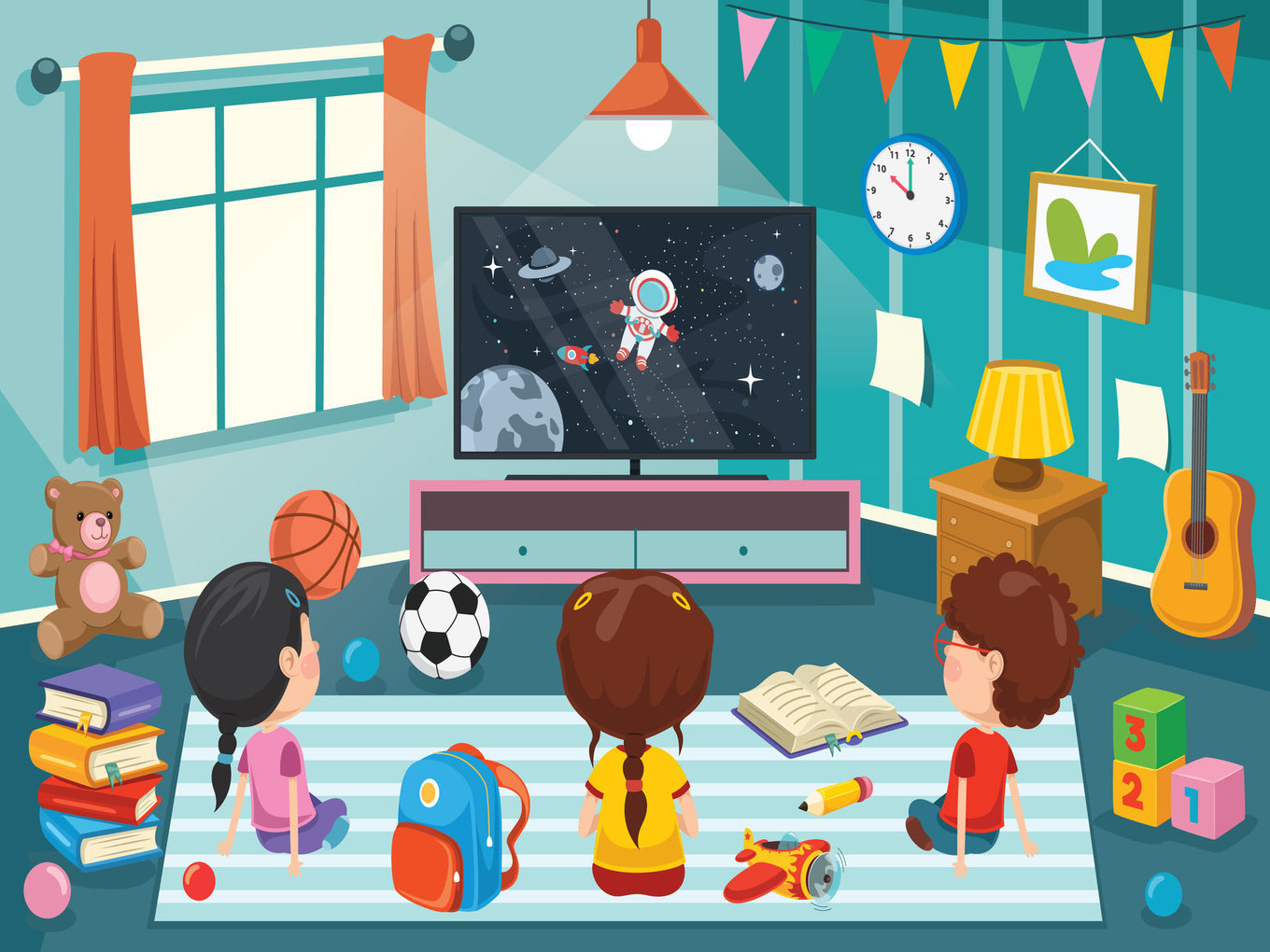 The world of cartoons and kids’ content has caught the fancy of many over-the-top (OTT) streaming players in India. The top six to ten platforms including Netflix, Amazon Prime, Hotstar, Voot, Sony LIV and Eros Now — besides YouTube — have capitalised on the growing appetite for content created for kids or children in India.

With children being avid adopters of videos and TV shows, kids entertainment has become an important demographic for many video streaming players in India. Viacom18’s recent launch of VOOT Kids also highlights the scope for edutainment as an amalgamation of entertainment and learning within the larger kids content market.

The OTT platform, which will have a collection of more than 20K videos, ebooks, stories and quizzes, is Viacom18’s first foray in the direct-to-consumer space.

“When we started our first video section we saw a lot of traction for our entertainment videos, the world of toons animation, every day. We realised that there is a lot of growth opportunity in the kids segment,” Saugato Bhowmik, business head of VOOT Kids, told Inc42.

VOOT Kids has partnered with content providers such as Nickelodeon, Oxford University, Sony Music, Warner Media, Mattel, Hasbro, Kaltura and others in a bid to keep its content diverse and engaging for kids.

“When we started researching and deep diving into the market for kids content, we met a lot of parents. From them we understood that their fundamental need was semi-educational content that develops intellectual abilities of their children,” Bhowmik added.

Entertainment company Hungama also launched Hungama Kids this month, which revolves around the concept of edutainment. The company says that Hungama Kids is a platform for children, parents and educations with content curated specifically for young minds. The platform says it offers parental control and there would be no third-party advertisements or in-app purchases. The Hungama Kids’ library has more than 500 videos in English and Hindi.

Sony YAY! also bets high on kids content. “Over the past two and a half years since our launch, we have seen that the market and the category for kids consumption in terms of gross ratings points (GRPs) range between an average of 500 to 550 at any given point in time, which is huge,” Leena Lele Dutta, business head, Sony Pictures Networks India, kids’ genre told Inc42.

Walt Disney, which launched the much-awaited ad-free video streaming service Disney+ recently in the United States, is not likely to launch the services in India and instead route the original content to Indian audiences through Hotstar. One reason is said to be high competition in the existing Indian market and the increased demand for localised and vernacular content.

India currently has more than 30 global and local OTT players, including Netflix, Amazon Prime Video, Hotstar, ZEE5, ALTBalaji and Voot. And, most of these players except ALTBalaji have been increasing their focus on kids entertainment. ALTBalaji announced recently that the company will take off all kids-related content in the next 12 months. The reason quoted is the change in strategy to reposition the platform as one for viewers above the age of 18.

Also, many platforms may soon be venturing into the niche infotainment segment as the segment has a huge ask from parents across regions. “Parents are the gatekeepers, and they would definitely like to have some infotainment content given out to kids considering, you know, that’s how the parents feel. That’s basically a parent’s requirement. But from our end, we are looking at the category and kids space more from an entertainment point of view. So we did have thoughts in terms of getting into infotainment,” Sony’s Dutta added. Catering to these needs, Sony YAY!, Sony’s kids TV channel, says it would include learnings, life practices and life lessons through the stories that come out for the kids’ genre.

From buying board games, puzzles to tuition and hobby classes, Indian parents are ready to shell out money to provide best quality education and entertainment to their kids. This is after spending more than INR 8K to 15K a month for school education. And, that is primarily why subscription models of most OTT platforms seem to be working, rather than a blanket price.

“Fundamentally parents are already spending a lot of money. If you look at tuition, hobby classes, educational board games, they spend around INR 15K per annum, apart from regular school fees. We are giving a lot of these features in one platform for an annual subscription of INR 800. We are giving strong value proposition to parents,” said VOOT’s Bhowmik.

On the other hand, Sony YAY! claims its wait-and-watch approach has paid off in terms of market share. “We are hopeful that we get into the market and disrupt the space and grow in the category. We have marginally grown it, by almost 10%, from the time we launched. Our market share has tripled since the launch. We are at a respectable market share going from 3% during our launch up to 11% as we stand today,” Dutta told us.

Over a period of time, kids category or kids channels have become an important piece of the overall consumption of entertainment from a family perspective. “The parent is willing to shell out money to get a kids channel in the house and that’s basically because of the pester power of the toons or his favorite friend that he sees in the cartoon that the kid actually wants to see in his house,” Dutta added.

According to PricewaterhouseCoopers 2019 report, more than 40% of total new internet users globally in 2018 were children, which is approximately 62 Mn children going online for the first time when applying the proportion to Indian audiences. With early adoption of internet in all spheres in India, it is natural for Indian kids also to be early adopters of OTT content as well.

Homework also plays an important role in the Indian primary school education system, thereby contributing to the demand for infotainment as a means of learning and escape. According to a global education survey by UK-based Varkey Foundation, 95% of Indian parents help their children with their studies and they also devote longer to the same. The report says that nearly 62% of Indian parents spend more than seven hours per week helping with their education.

“Parents want to inculcate the habit of reading or listening to stories. Learning about maths, arts or etiquettes should be made easy in the format of quizzes and games. We want to ease the load on parents to inculcate good habits. That is why we wanted to start entertainment and fun learning. Nobody else is currently doing this on this scale,” Bhowmik said.

High-speed internet across cities and many smaller towns has solved the problem of infrastructure for OTT players. This has shifted the focus towards delivering the right products packaged in a customer-friendly way.

With many players focusing on regional language or vernacular content amid increasing digital spending, such platforms have gained a lot of traction in Tier 2 and 3 cities as well. VOOT Kids video content is available in seven Indian languages and its books will have versions in Hindi and English. The platform plans to expand its regional language content going ahead as it adds more shows and partners.

As per Broadcast Audience Research Council (BARC), which is the body for viewership, which broadcasters and channels actually refer to as the currency for the industry, the total TV consumption of kids today stacks at 286 Mn impressions in 2019.

A Netflix spokesperson told Inc42, “Great stories and storytellers come from all over the world and cut across genres, formats and animation styles. We are focused on creating content for every kid to connect with and see themselves in as well as content and stories from areas far away.”

Netflix says it invests big on stories from India or about Indian culture, tradition, families, kids, etc, thereby cutting across geographies. “We are thrilled to work with seasoned creators and fresh voices to create content kids and families will love and cherish. We know that when kids find the content amazing so do their older siblings and parents,” the company added.

Well, the fact that Netflix’s Indian original Mighty Little Bheem has been renewed for a third season shows that it’s a great time not just for the edutainment category, but also for digital entertainment content for kids and children.