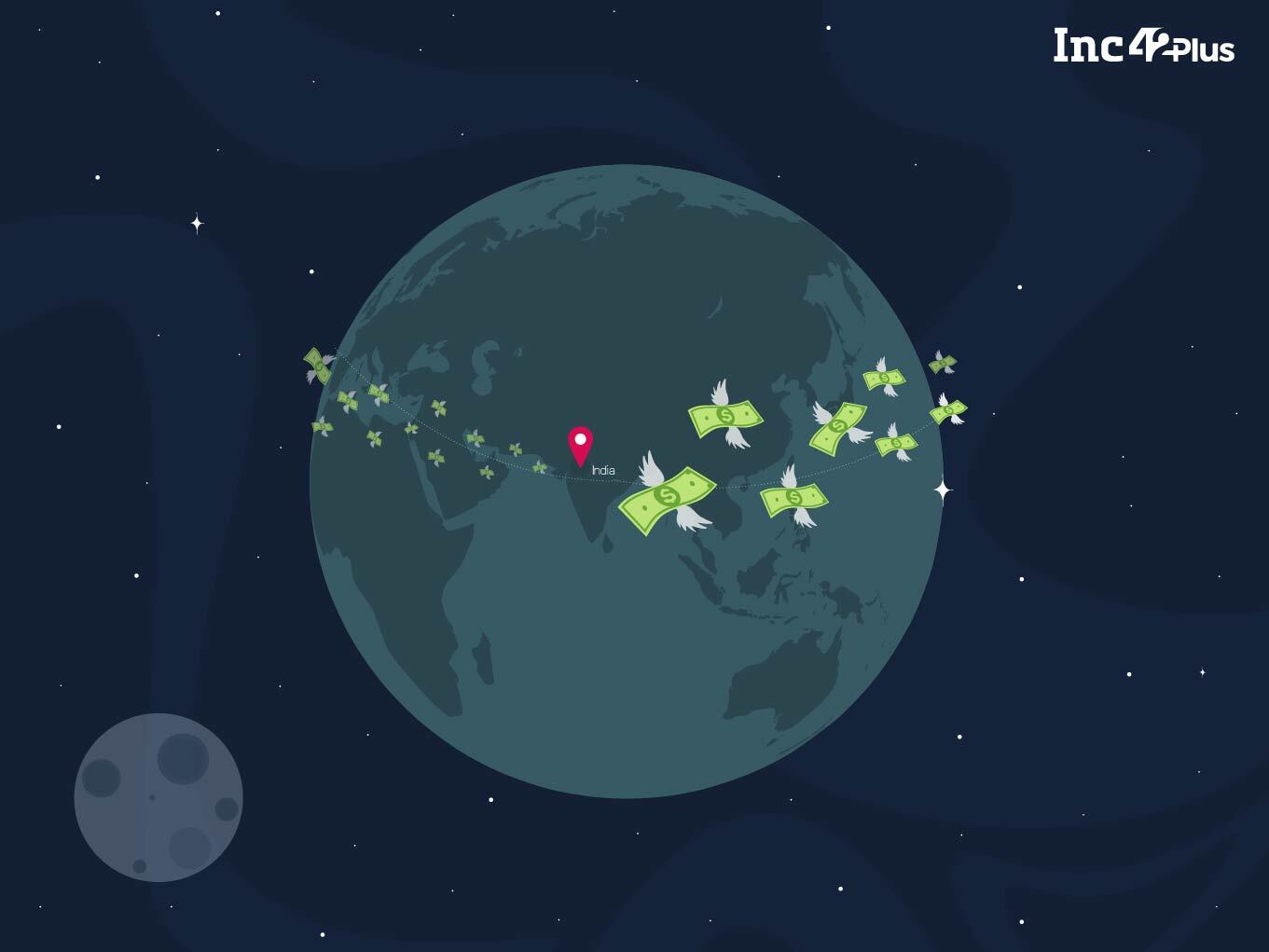 Growing up in the early 90s in India, I came across the phrase ‘red tape’ far more often than any child should have. In my naive imagination, I pictured government offices in New Delhi strewn with sticky red-coloured tape, blocking halls and doorways.

Of course, it’s become increasingly clear in the decades since that red tape is an invisible force, but no less annoying than sticky tape. Even though governments have become more efficient in the past few years, the invisible force tugs at businesses and individuals every once in a while pulling them in awkward ways, complicating processes and generally making life difficult.

Take for instance, the Reserve Bank of India’s draft proposal to tighten overseas direct investments and financial commitments by Indian businesses and investors, which have been floated under the garb of liberalising the regulatory framework. But they are simply going to create barriers and red tape for startups and investors in India with global ambitions.

Looking to tackle any potential tax evasion or round-tripping of money from India to overseas banks and back, the RBI’s proposed rules will revamp the overseas direct investment (ODI) processes. Simply put, the new rules target an Indian entity investing in a foreign company which invests or already has investments in India.

It is as yet unclear whether the proposed rules would be passed in their current state, since the draft was open for consultations till August 23, 2021. The RBI may have amended some of the rules based on the feedback it received. Nevertheless, the current draft is problematic on many counts.

While it is standard practice to approach the RBI when Indian companies acquire or invest in foreign companies which in turn have holdings in India, the central bank has clarified that Indian entities investing in a foreign entity that in turn is investing into India can do so, as long as it is not tax avoidance or evasion.

Does this mean that the RBI could be fine with ODI structures so long as they are not put in place for tax evasion or avoidance purposes?

Not quite. Experts that we spoke to said that the language of the proposed changes leaves them open to interpretation. It makes the process more ambiguous. In the past, the RBI has directed companies to collapse flipped structures, where ODI is involved, regardless of the primary objective for such a structure.

The rules indicate that offshore structures such as special purpose acquisition companies (SPACs) which are set up for non-tax reasons, could become more relevant in India. But there’s no clarity on whether the RBI can look into such structures on its volition or whether even such SPAC-like structures also need prior approval.

Before we go further into the other impact on startup fundraising and structures, here’s a snapshot of how overseas investments from India will change under the proposed rules. 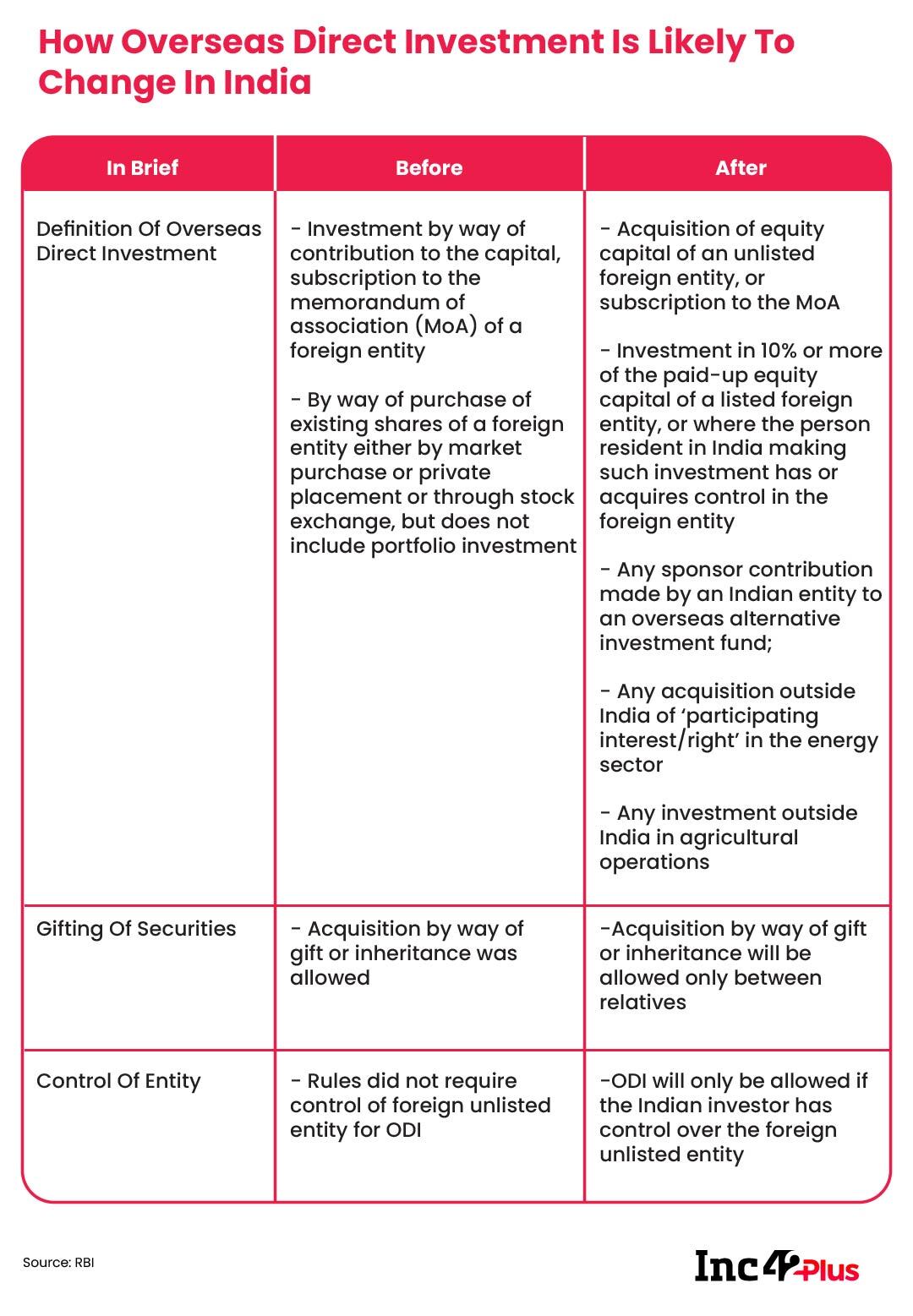 Founders and investors pointed out that the rules have a similar overarching objective as the angel tax, which became a huge problem for startups after being introduced in 2013. The government wants to ensure that equity and securities are being transferred at fair prices and do not involve inflation or deflation of valuation, which would result in tax avoidance.

Even an investment of just $1 in any unlisted foreign entity will amount to ODI and therefore subject to more scrutiny. So far, there was no numerical distinction between ODI and overseas portfolio investment or OPI. The RBI has proposed to use the same classification as it does for inbound foreign investments.

The Question Of Control

Besides the new definitions for ODI, the draft regulations propose to tighten norms related to Indian entities giving loans or guarantee in favour of an offshore entity in which they have equity participation. The RBI is proposing that such financial commitments can be only offered when the offshore entity is controlled by the Indian party.

This is simply not possible for angel investors, who usually have a small stake in their portfolio companies, so the new rules will complicate follow-on rounds and other equity+debt structures involving early investors. The RBI will have greater oversight on how funds flow into foreign companies which have Indian parents or foreign companies with Indian subsidiaries.

According to analysts, investors and founders, it’s hard to see the rationale behind the new rules. Investing in companies abroad already involved RBI oversight, but the proposed changes might close the doors altogether for certain investors and angels. It’s one of those things that happens only in India. The government is looking to clamp down on illegality, but very few foreign structures are actually for tax avoidance, said one investor who did not wish to be named.

“Most of the time, companies set up foreign entities to expand or for ease of doing business and the fact that innovation is not held back by bureaucracy. There’s no real tax benefit to opening a subsidiary in the US or Singapore, which is where most startups go. These countries have as much or possibly more tax than India in some cases,” said the investor, adding that the layers of red tape will hamper tech funding sentiment for certain sectors.

Some experts maintain that flipping results in an adverse impact on India’s economic interests, loss of tax revenues and ownership of critical data as well as intellectual property. But sectors such as enterprise tech or cross-border logistics and payments require startups to set up entities in the US or other countries as their primary business could be outside India. Such companies will need to reassess how they raise funds from Indian investors in the future.

More than $13 Bn has been remitted through overseas direct investments from India in the past four months alone, even though the pace has slowed down since May 2021. 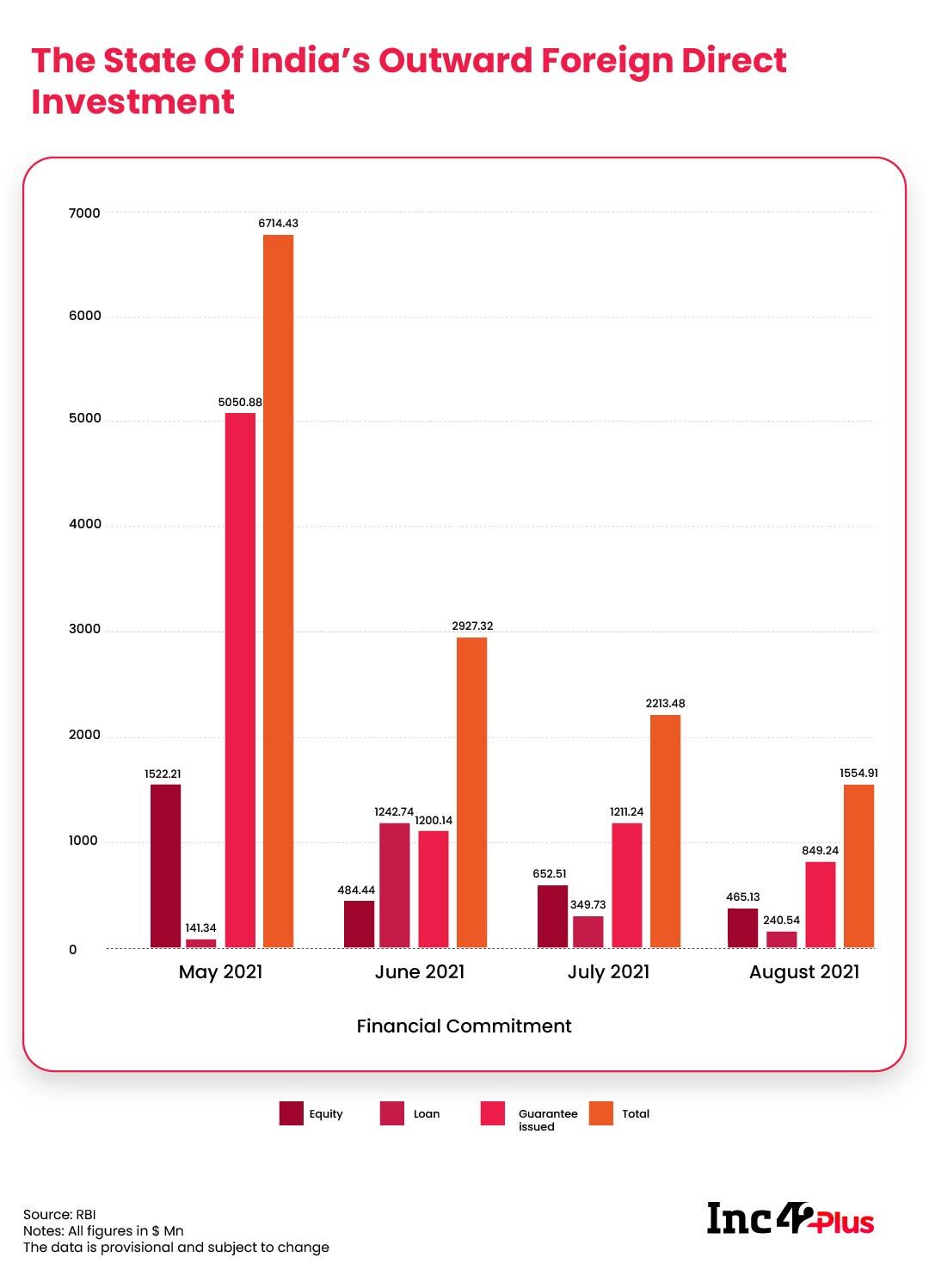 The current FEMA rules permit individuals to acquire foreign securities as a gift from any person. Consequently, various structures have been implemented in the past through third parties, according to Vaibhav Parikh, partner at Nishith Desai Associates, who is in charge of mergers and acquisitions.

Any person resident outside India can transfer the equity instruments to a person resident in India by way of gift. “Indian founders could get securities from foreign subsidiaries as a gift from known third parties without any monetary consideration. This route avoided remitting money abroad and thus inviting ODI compliance,” said a founder, who did not wish to be named.

But the new rules will allow the receipt of such gifts of foreign securities from relatives only, which is perhaps the only change that most experts are not alarmed about.

So what has prompted these new rules for overseas investments? For one, there has been some pressure on the government to look into flipped structures for tax evasion. In late 2020, controversy erupted on social media about Silicon Valley incubator-accelerator Y Combinator requiring Indian startups selected in its 2019 and 2020 batches to shift their headquarters to the US, even though it was not mandatory for these startups.

Sanjeev Bikhchandani, executive vice chairman of Info Edge, which owns and operates Naukri, Jeevansathi, Shiksha.com and 99acres, told Inc42 in December 2020 that investors are swaying Indian startups with their promises of large investments and big valuations. He also pointed to the exploitation of Indian intellectual property (IP), where investors gain from the IPs developed by Indian founders and engineers.

In January this year, government officials were reported to be looking at deeper probes into the structures of India’s SaaS giants and enterprise tech startups. Tax authorities believe that India is losing out on the intellectual property (IP) value as well as tax revenue, which could be arrested by delving deeper into the shareholding patterns, the corporate structures as well as the merit of the foreign holding companies for the Indian startup.

In many ways, these rules are meant to protect Indian companies that may not know any better and may end up losing control of their company due to the flipped structure. But assuming that startups are using these structures simply to avoid the tax man or to dodge fair value is a fallacy.

The government needs to understand why these structures are needed in the first place, added Parikh. If startups have a legitimate grievance about the Indian system, that needs to be addressed instead of assuming wrongdoing. Without this, the new rules are like shooting in the dark and hoping that there will be no casualties.