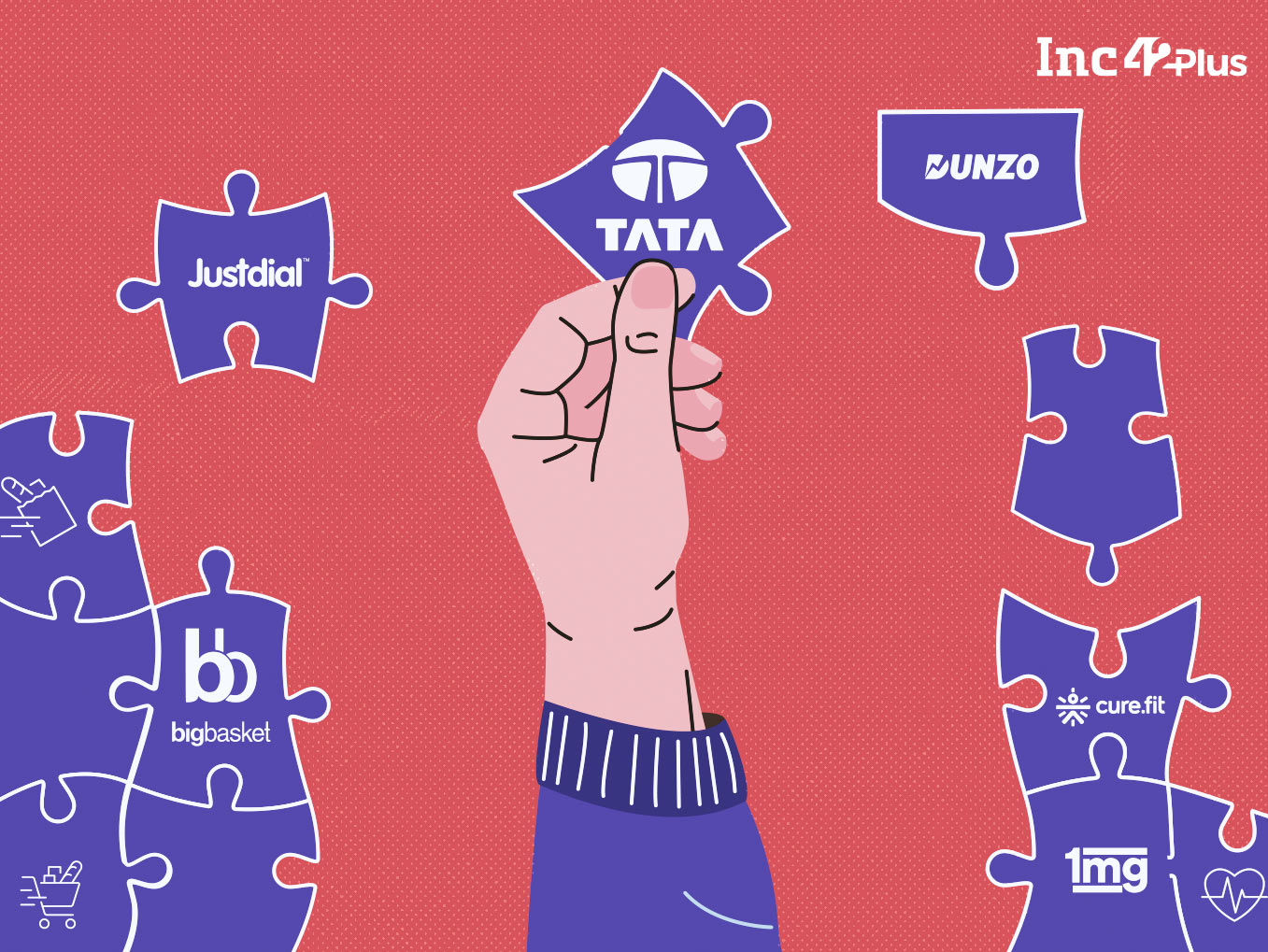 As the super app heats up, the big question for Tata is how well it integrates its various acquisitions

It’s been less than a year since we first heard about the Tata super app, but while those plans seemed like a sandcastle at that time, they have turned into something a lot more concrete now. Unveiled in August last year, the super app represents the summit of Tata’s digital ambitions, and the salt-to-steel conglomerate’s way of joining 21st century businesses.

And to get there, Tata has acquired companies, invested millions of dollars and made changes to its leadership that are shaping up to be pivotal. Now, slowly but surely, the pieces of the Tata super app are finally becoming clearer and the questions have changed from whether Tata can pull it off or not to whether the company’s inorganic approach is working.

To start with Tata acquired a majority stake in grocery unicorn BigBasket in May this year. Come June, and Tata is again in news for back-to-back deals — a $75 Mn investment in Curefit and the majority stake acquisition in healthtech startup 1MG. The Curefit deal brought over its cofounder Mukesh Bansal to Tata Digital as its president, even while Bansal continues to lead the health and fitness company.

Speculation is rife about Tatas eyeing similar majority stakes in Dunzo and Justdial, even as the company waits to launch its ‘new umbrella entity’ and builds the digital bridge that brings its various consumer business groups to the super app table. The question is why now and whether these big bets will pay off given the state of the Indian economy.