[The Outline By Inc42 Plus] Brought To You By Startups

[The Outline By Inc42 Plus] Brought To You By Startups 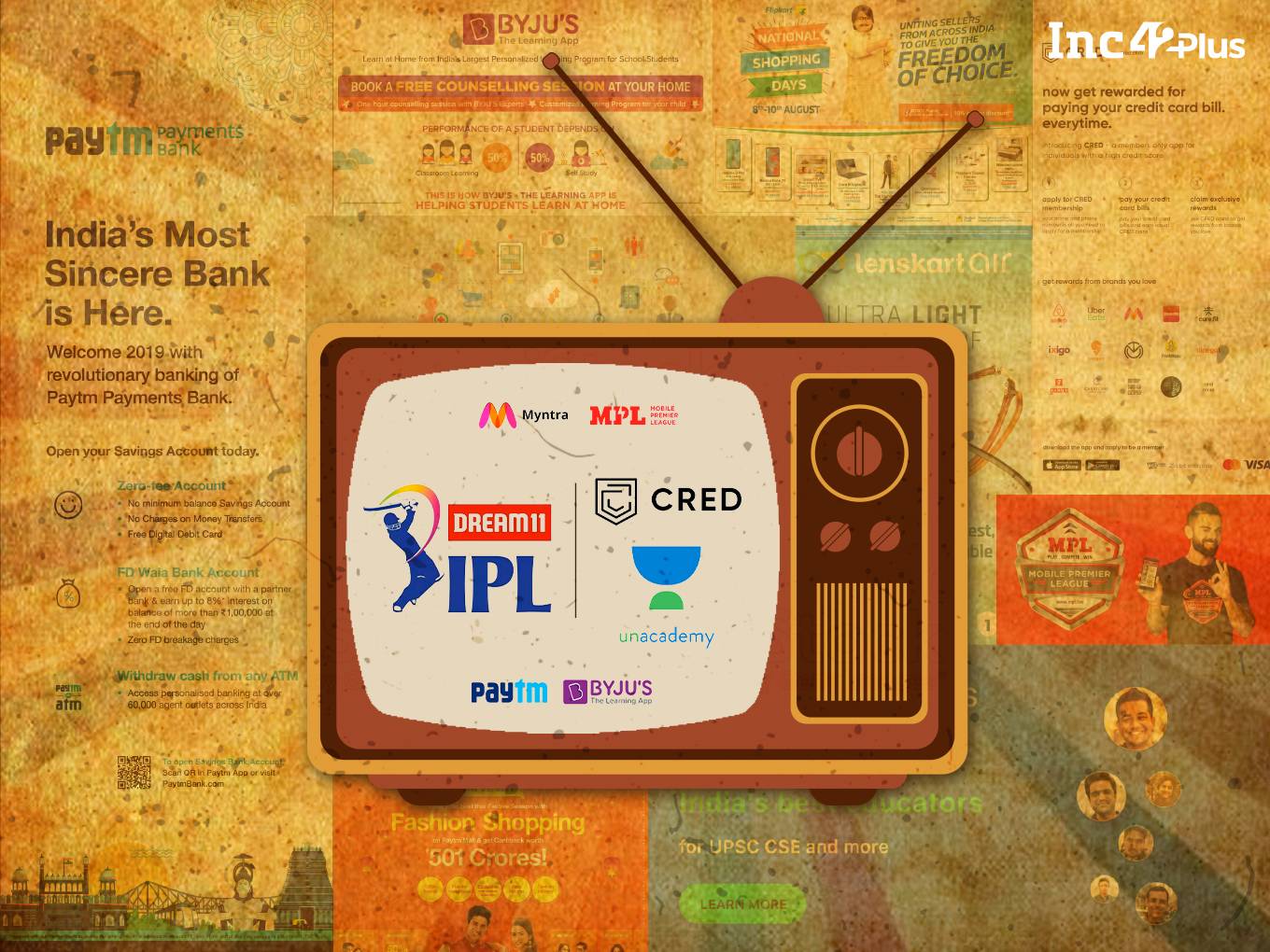 With ad spends mounting in the IPL season, is this a sign of maturity among Indian startups?

Whether it is a TV show, web series, newspaper, online games, or billboards, Indian startups have been splashing themselves on every available space and over the years, this has extended to high-profile events and entertainment properties. What started with web series partnerships in 2015 and 2016 has taken on a new form today with well-funded startups bidding huge amounts to sponsor major TV shows such as Bigg Boss, and even the Indian Premier League or IPL, reputed to be one of the largest showcases for brands in India.

Cricket is not just a ‘religion’ in India, but a make-or-break opportunity for brands and startups. It all began with Reliance sponsoring the cricket world cup in 1987 (known officially as The Reliance Cup), which set off the trend of brands chasing cricket sponsorships. If the likes of Pepsi, Coca Cola, Hero Honda and other giant conglomerates ruled this sphere in the 90s and the early 2000s, the trend has veered towards new-age startups in the last 10-12 years. Yes, the IPL was a definite reason, but startups started looking at offbeat (yet high-profile) ways to garner a following. What began with the IPL, the likes of the Pro Kabbadi League, Indian Super League or ISL and others have continued, and this has now trickled down to mainstream entertainment properties such as Bigg Boss and a host of webseries.

“Whenever you see a brand on TV, it reassures you that they must be big, they must have a lot of money, they must be of high quality, that’s why they are able to spend. So very quickly, it gives credibility to a company that brands otherwise take years to build,” Apurva Chamaria, chief revenue officer of travel tech startup RateGain and former marketing head at tech giant HCL.