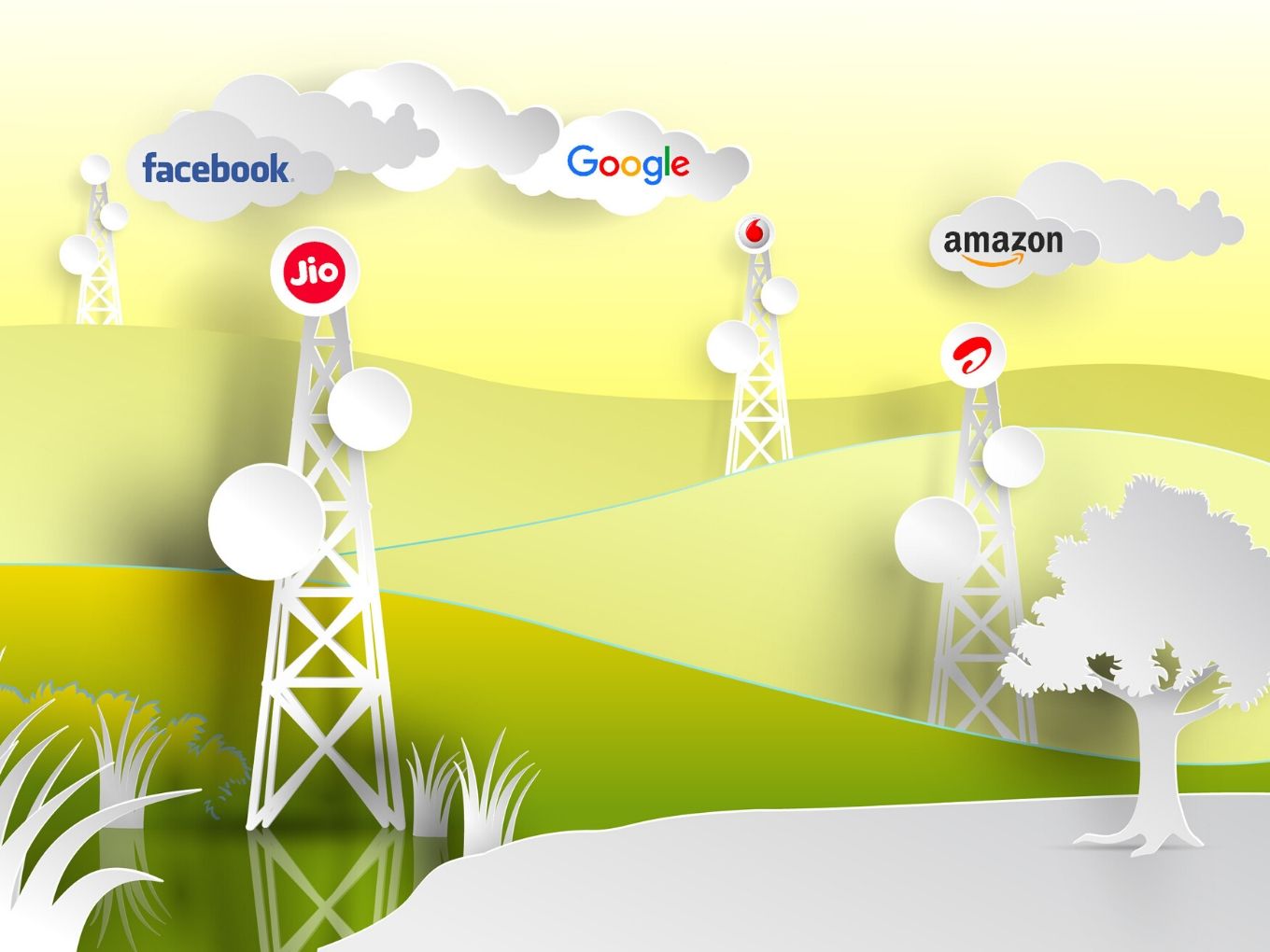 The Facebook-Jio deal has opened up the telecom market, with Google and Amazon now making moves

The business world seems to be compensating for the loss of smog in our skies. There’s a lot of mystery and hope flying in from the west. We saw the early signs of this drift in early May, when Facebook picked up 9.9% stake in Reliance Jio Platforms. Even then, The Outline has noted the probability of other big tech giants following suit. Those early predictions are now looking more and more true in the past two weeks with reports of Amazon backing Airtel and Google investing in Vodafone Idea.

While Amazon is said to be in early talks with Bharti Airtel to invest $2 Bn for a 5% stake, Google is also chasing a 5% stake in Vodafone Idea. Further, other reports this week speculate that Google is also interested in investing in Reliance Jio, which has already raised close to INR 1 Lakh Cr since April, giving up over 20% of the company.

The timing seems to be perfect for both tech giants and telecom companies. Vodafone Idea and Airtel have been hit the hardest by the Indian government’s tax policies which has given them a bill of over INR 101 Lakh Cr. Reliance Jio has a relatively smaller bill to pay given that it’s the newest player in the market, but it’s clear that India’s telcos are starved for capital.