The Indian Startups That Turned Unicorn In 2018

The Indian Startups That Turned Unicorn In 2018 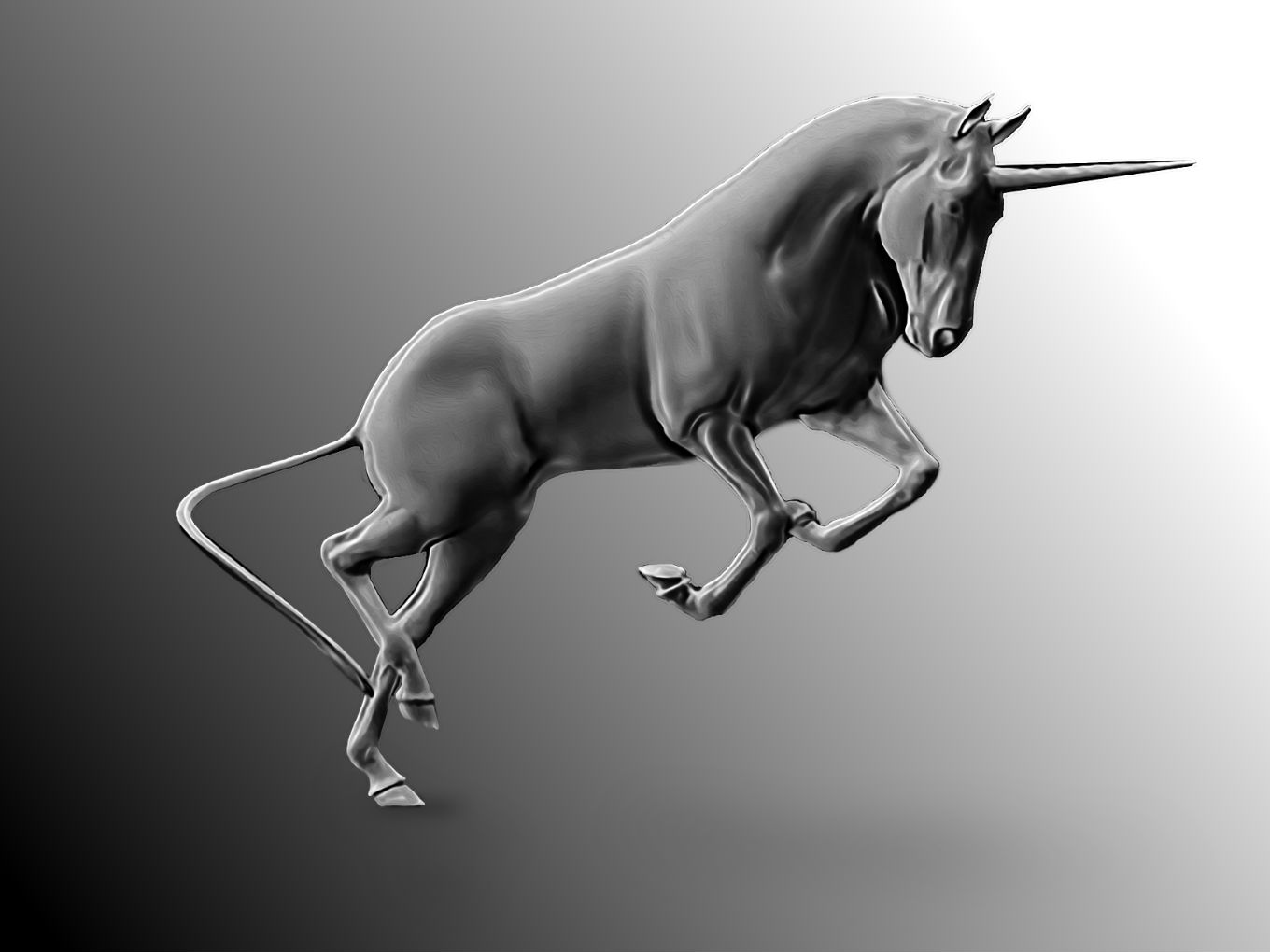 Over $11 Bn was invested across 743 deals last year

The deals and funding in 2018 may have been lower than 2017, but what more than made up for it was the fact that 2018 saw the making of the largest number of unicorns in a single year in India. The most notable names among these were — Udaan, for being the fastest to enter the unicorn club; OYO, for its international expansion spree; Zomato, for gaining profitability; and Freshworks, for its new launches all around the year.

Without any further ado, let’s take a look at the Indian companies which entered the unicorn club in 2018.

Indian Startups The Turned Unicorn In 2018

In June 2018, reports surfaced that digital payments company Billdesk was raising a $250 Mn funding round led by Visa, at a valuation of $1.5 Bn-$2 Bn. Later, in November that year, the company confirmed an undisclosed investment by Visa. In total, BillDesk has raised $257.5 Mn funding since its launch.

On Jan 17, 2019, reports surfaced that CCI has approved Visa’s investment in Billdesk. At the same time, Springfield has acquired 3.28% while Claymore would hold less than 10% stake in Billdesk.

Billdesk is currently working to develop new product lines for its payments and loyalty businesses and is also expanding its footprint into other geographies. In the fintech segment, Billdesk is giving tough competition to PayU, CCAvenue, and others.

The company claimed to process payments worth almost $50 Bn every year as of November 2018.

Excluding Walmart owned Flipkart, BYJU’S is currently the fourth most-valued unicorn in India after Paytm, Ola, and OYO. It has so far raised more than $895 Mn since its launch.

The e-learning platform offers numerous online secondary and senior secondary courses suited to the Indian schooling system along with online study material for competitive examinations such as IAS, CAT, GRE, etc. Study material from classes IV-X for both CBSE/ICSE students is also available on the platform.

The edtech unicorn is now looking to expand its presence in the local as well as cross-border edtech segment through the acquisition route. So far, it has made four acquisitions in the edtech space including the Bengaluru-based Vidyartha (SPAN Thoughtworks Pvt Ltd), TutorVista, and Maths Adventures, along with the US-based OSMO, with which it went international.

With OSMO, BYJU’S is expanding into a new age demographic and entering the world of younger kids (the 3-8 age group). The company claims to have over 30 Mn registered students and 2 Mn annual paid subscribers. It reported revenue $69.4 Mn (INR 490 Cr) for the financial year 2017-18, a 97% rise from the previous financial year.

B2B software-as-a-service (SaaS) company Freshworks is currently on an expansion spree and is looking to improve its products as well as its revenues. In 2018, it made five new launches to complement its existing suite of products: Freshworks360, Freshconnect, Unified Marketplace Platform, Freshping and Freddy, got tagged as a unicorn with a $1.5 Bn valuation (July) and also claimed an ARR of $100 Mn.

Freshworks, which has been scaling both locally as well as internationally in regions such as the Middle East and South Africa, also opened data centres in Sydney (Australia) and in Mumbai last year. The company also invested in expense management startup Fyle while CEO Girish Mathrubootham invested in intelligent apparel company Turms.

For the period ending March 31, 2018, Freshworks also turned profitable while reporting revenue of INR 259.29 Cr in FY18. This was a 30% increase from the preceding fiscal when its revenue stood at INR 199.62 Cr.

OYO has brought about a revolution in the Indian budget hotel industry. The year 2018 was all about international expansion (to seven countries, to be precise), testing the waters in new segments such as events (OYO Auto Party), and giving its employee ESOPs worth $7 Mn.

In September 2018, OYO received $800 Mn from SoftBank Vision Fund, with participation from existing investors Lightspeed India Partners, Sequoia Capital, and Greenoaks Capital. It also received a commitment of an additional $200 Mn from undisclosed investors, bringing the total to $1 Bn in this round. With this, OYO’s total funding raised since launch has reached $1.5 Bn.

As of now, the company has 3.3 Lakh rooms in 500 cities across the world.  OYO also made three acquisitions in 2018 (Novascotia Boutique Homes, AblePlus, Weddingz) and gifted its team with 2,000 stock options, which were added to its ESOP plan.

However, 2019 might be a bit tougher for the company as the hotel associations across the country and The Federation of Hotel and Restaurant Associations of India (FHRAI) are considering legal action against it for large-scale breach of contract and predatory pricing. Also, the Income Tax department has slammed a notice on OYO for non-deduction of tax deducted at source (TDS) on payments made by the company in 2016-17.

But the non-stoppable OYO is looking to expand internationally further with Philliphines and then there are also reports of it entering the coworking vertical with acquisition of innov8. Will OYO be able to focus on its expansion plans further this year amid all this mess?

Based on China’s TMall retail model, Paytm Mall started operating as an independent entity (from parent company Paytm) and a consumer shopping app in February 2017. As of April 2018, the company had a reach to over 700 towns across 19,000 pin codes in the country. At the same time, it raised a massive $445 Mn funding from SoftBank and Alibaba to mark its entry into the unicorn club, thereby taking the total funding raised so far to $645 Mn.

In June 2018, fintech startup Pine Labs marked its entry into the unicorn club with a $125 Mn investment from Paypal and Temasek.  In 2018, it raised more than $200 Mn in two tranches — including $125 Mn in May from Temasek and PayPal Holdings Inc and $82 Mn in March from Actis Capital and Altimeter Capital. This took the total funding raised so far to $223 Mn.

In 2018, the company expanded its presence to Dubai and Malaysia and now intends to enter Southeast Asia. It also tied up with Google when it launched Google Pay in India.

Although the startup showed profitability in FY17, it is currently struggling to cover up the losses it incurred in FY18. It competes with players such as Mswipe, Ezetap, PhonePe, and more.

PolicyBazaar is one of the first entrants in the Indian online insurance space. The company got tagged as a unicorn in June after a $200 Mn funding round by Japanese conglomerate SoftBank Vision Fund, thereby taking the total funding raised so far to $346.6 Mn.

The company now has ambitious plans to grow at a CAGR of more than 80% over the next three years, reaching 10 Mn transacting customers by 2020.

It is now exploring the health tech and services segment as well. It launched its new healthcare business — DocPrime — last year with a $50 Mn investment. It was speculated that PolicyBazaar plans to work with China’s Ping An Insurance Group, which owns and operates Ping An Good Doctor — the world’s largest healthcare portal — to strengthen DocPrime. It must be noted that Ping An Good Doctor is also backed by SoftBank.

Swiggy closed 2018 with a massive $1 Bn funding round led by Naspers, raising its valuation to $3.3 Bn. However, it entered the unicorn club in June with a $210 Mn investment from Naspers and GST Global at a $1.3 Bn valuation. It also raised a $100 Mn funding round in February last year.

This took the total funding raised by Swiggy to $465.5 Mn since launch. Swiggy is now looking to strengthen its technology and focus on building a next-generation AI-driven platform for hyperlocal discovery and on-demand delivery.

In order to stay ahead of the competition, it launched new features in 2018 such as a meal planner named Swiggy Scheduled, a loyalty programme called Super, and a Swiggy Packaging Assist Programme for its restaurant partners. It also piloted its B2B food aggregation programme Swiggy Cafe.

The foodtech unicorn is now looking to test the waters in the hyperlocal segment, starting with medicines and grocery deliveries. It also plans to offer UPI-based digital payment solutions to its delivery partners. It posted a 220% increase in its revenue in FY18.

Recently, Swiggy came into the spotlight for the wrong reasons after some of its disgruntled delivery executives got involved in a skirmish with the staff of Bengaluru-based Empire Hotel and allegedly vandalised the latter’s property. Also, nearly 500 small to mid-sized restaurants alleged “misuse of dominant position by food delivery companies, including Swiggy, Zomato, UberEATS, and Foodpanda.”

However, Swiggy is going strong and expects another year of rapid growth ahead.

B2B ecommerce marketplace Udaan emerged as one of the most-talked startups last year. The company took just 26 months to attain a $1 Bn valuation, making it the fastest company to become a unicorn in India.

As of February 2018, Udaan had a seller base across 80 cities and delivers to more than 500 cities, with an average order value between INR 6K -7K.

Zomato marked a re-entry into the unicorn club in 2018. The company earlier attained the unicorn status in April 2015 with a $50 Mn funding. However, in 2016, it suffered a massive loss which resulted in a fall in valuation to $500 Mn, a rollback of operations from almost nine countries, and the shifting back its focus to the Indian market.

The strategy worked wonders. Not only Zomato revived its position in the Indian foodtech segment but also achieved profitability in FY18. At the same time, it caught the eyes of investors, grabbing more than $410 Mn across two rounds of funding. This took the total funding raised so far by Zomato to $443.8 Mn since its launch.

Zomato shut down its cloud kitchen vertical in 2018. At the same time, the company took the acquisition route to strengthen its delivery fleet, notching deals such as foodtech startup TongueStun ($18 Mn) and drone startup TechEagle. Last year, Zomato also had to contend with the resignation of cofounder Pankaj Chaddah, who left after spending 10 years at the company.

Zomato also faced some heat in 2018 when a video showing one of its delivery executives eating food out of delivery boxes went viral. The company said it would introduce tamper-proof tapes to ensure such an incident doesn’t occur again. In the long term, Zomato is looking to tap the offline segment and has launched Zomato Events, which takes in a multi-city food carnival named Zomaland.

These startups which made it to the unicorn club and are now moving towards expansion and profitability serve as an inspiration to Indian entrepreneurs wanting to start their own ventures. Besides, the big-ticket fundings they have garnered bore well for the Indian startup ecosystem at large.

Going forward, in 2019, the ecosystem will be looking towards these companies as pillars of success showing a guiding light to the upcoming generation of entrepreneurs.