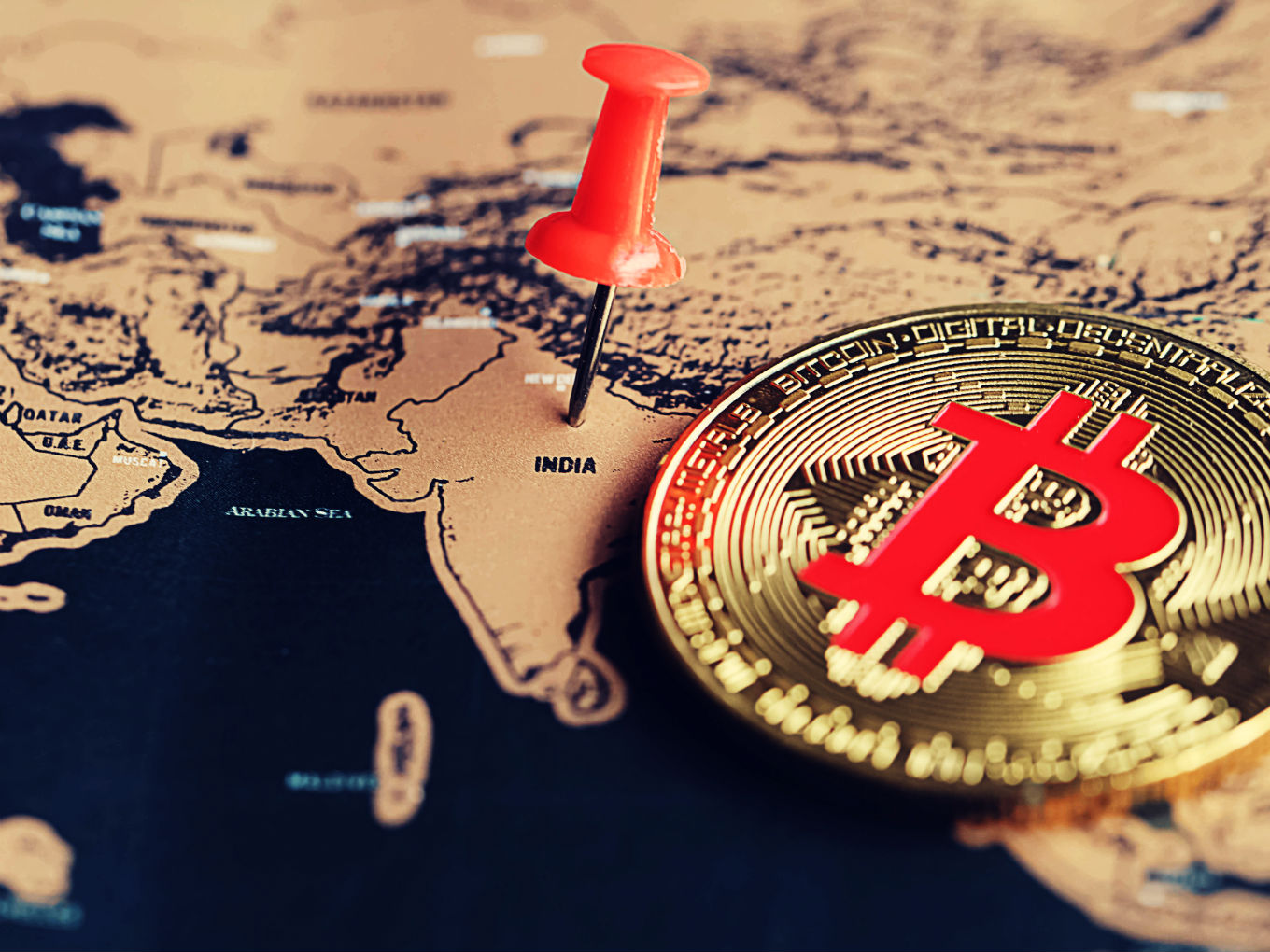 The report is bullish about blockchain, but has called for a ban on “private cryptocurrency”

No exit plan for existing asset holders, even as cryptocurrency trading likely to be criminalised

It’s official, the Inter-Ministerial Committee led by Subhash Chandra Garg, secretary, Department of Economic Affairs (DEA) has submitted its report which recommends a ban on cryptocurrency in India to the finance ministry and the same has now been made public.

As reported, the IMC has recommended a complete ban on cryptocurrencies in India either an asset or currency in the country; however, the committee is agnostic about exploring the idea of RBI-backed digital currencies and has welcomed the ongoing innovations happening around the underlying technology, known as blockchain.

While the report is good news for those fighting against the existence and legality of cryptocurrency in India, crypto startups and enthusiasts feel it’s a direct violation of Article 19(1)(g) which gives them the fundamental right of freedom to business in any sector or trade. Many of the startup founders and stakeholders were naturally miffed with the decision, and some questioned the logic of the move in their conversations with Inc42.

Nischal Shetty, CEO and founder WazirX, highlighted, “Report says the government will take all measures to usher in digital economy using Blockchain. By banning Crypto there can never be a public blockchain so the report contradicts itself.” Another crypto entrepreneur, Shivam Thakral, cofounder and CEO of BuyUCoin, called it a dark day for the crypto industry which was yet to be flourished in India.

Supreme Court lawyers Vijay Pal Dalmia and Sidharth Dalmia are the first who filed a PIL (Writ Petition (Civil) no. 406 of 2017) in July 2017, seeking a complete ban on cryptocurrencies citing rising illegal activities around it.

“It’s a step in the right direction. This will finally end the economic anarchy that cryptocurrencies in India had created. With such stringent actions which include up to 10 years of jail as punishment and up to INR 25 Cr of penalty, the government will be able to contain illegal tradings.”

However, Sathvik Vishwanath, cofounder and CEO, Unocoin took a more moderate view point and commended some aspects of the report. He told Inc42, “The report is not surprising. The public domain had the info that the Subhash Garg Committee is not in favour of the crypto assets industry. It is just that we are seeing the full report now. It is good to see that the committee has put quite some efforts to prepare the report but I strongly feel that by being very risk-averse we will significantly hinder the progress of the industry and would only end up as being spectators of how other developed countries adopted and moving forward with it.”

It’s not just startups that have been impacted. Many VCs and angel investors have backed crypto startups. Utsav Somani, angel investor and partner at B1T Capital, spoke about the high attrition rate that’s expected in this space. Somani, an investor in crypto startup CoinDCX, told Inc42, “This report will push the digital ledger technology (DLT) community to fight or flight. All the great technical innovations coming out of this space will now be taking the flight to a more crypto-friendly jurisdiction.”

The 108-page report which includes the draft “Banning of Cryptocurrency and Regulation of Official Digital Currency Bill 2019” has gone into detail about cryptocurrency practices and official policy world over. It has marked the official position of cryptocurrencies and its definitions in the important economies around the world.

Among the main highlights of the report are:

But at the same time, the government is bullish on distributed ledger technology, which is most commonly known as blockchain.

Speaking about this incongruity, BuyUCoin’s Thakral said, “It’s clear from the report that the government wants to boost distributed ledger technology but they need to understand that you can’t boost DLT like blockchain while completely banning crypto assets.”

The IMC Recommendations For Cryptocurrency

What IMC Report Does Not Tell Us

WazirX founder Shetty points out that the IMC Report incorrectly states that crypto is a “currency”, while there are cryptocurrencies classified as assets including “utility tokens” and “securities”. There is no mention of these cryptos, Shetty said. Bitcoin or Ethereum are not used as currencies in India but as assets, he added.

Shetty is right. Cryptocurrencies were never used as a legal tender or as currency in India and that was not the expectation of many crypto startups. It has been traded as an asset since the beginning, which is now being banned.

The report presents energy consumption as an issue in the context of Bitcoin mining, however, the report does not delve into the numerous solutions suggested world over to curb this consumption.

Shetty stated that the report falsely claims crypto to be a private currency whereas crypto is a decentralised asset not under the control of any private entity. Public crypto is built on top of open-source code and does not have any private entity owning it.

This would have also provided some practical ground for ban or not to ban crypto.

There are varying thoughts over this question. While Vijay Pal Dalmia cited that the heavy penalty and punishment will ensure a complete ban, and Thakral agreed to an extent, there’s still some doubt about how enforceable this ban is.

“Yes, it is definitely possible to impose a complete ban on cryptocurrency by the government. After all, they are the governing authority for everything in a democracy. But if we talk about the ban actually working and thus stopping all the crypto transactions then I guess that won’t be possible due to its underlining technology which makes it easy for anyone to transfer or store cryptocurrency without any third party help,” Thakral said.

“Crypto cannot really be banned due to the decentralised nature of the technology.”

According to Somani, the government can implement the ban, if it decides to rally all the ministries – a quick action to ban the virtual currency activity in the country can take place – on the face of it. But that being said, the digital ledger technology is built with privacy as it’s design principle, the 01BT Capital added. What this means is that a technically-abled person will be able to earn, lend, trade in currencies without being traceable.

Unocoin’s Vishwanath said the question is to what extent the ban is enforceable as everything happens digitally on the internet. If it cannot be enforced, then there is no point of discussing conviction which means the ban was useless anyway.

What’s The Exit Plan For The Existing Stakeholders

The IMC report has cited a report from The Wire, according to which, in February 2018 there were around 50 lakh traders in India in 24 exchanges and cryptocurrency trading volumes are in the range of 1500 Bitcoins a day, or around INR 1 Bn, compared to the global 24-hour trading volume which is in excess of $21 Bn. So there are plenty of stakeholders in the crypto ecosystem.

Besides, there are over a dozen angel investors who have invested in crypto startups. Will the government give a window to these traders and investors for a timely exit?

While there is no clarification in the report on this, the draft bill states, “Any person shall, on or after the date of commencement of this Act but on or before the expiry of ninety days from the date of commencement, make a declaration in respect of cryptocurrency in such person’s possession and shall dispose of the same within the aforesaid period.”

Somani is hopeful for a respectful exit, “We will have to wait to see what the retroactive actions look like and allow the virtual currency investors and holders to unwind their positions respectfully.”

Vishwanath chimed in “It would just be bad news. To literally not hold any crypto assets technically, the users would need to withdraw the crypto assets from exchanges if any into their own wallets and delete their private keys. But this will be the same as throwing money into the fire. However, I am sure there will be some timeline that the government would allow for users to figure out what they want to do with crypto assets before the bill gets enforced.”

Dalmia differed with that view. He said the government has time and again made it clear that cryptocurrency activities have no legal backing in the country. “Hence, there is no question of providing a window.”

According to WazirX’s Shetty, if the draft bill gets enacted, in a short time thousands of people will lose their jobs as well as crores of their hard-earned money. India, in the long term, will see an increased brain drain, especially in regard to blockchain or decentralised apps. India will not have blockchain and crypto expertise leading to little-to-no crypto-related work reaching India. And, thus, India will lose billions in investment that the crypto sector can potentially attract and the thousands of jobs that it might create in future.

However, Shetty added that the last paragraph of Section 1.1 of the report suggests that the government should create a standing committee to revisit the issues addressed in the report when required. “I’m positive that the government will indeed create a standing committee consisting of industry experts so that India can regulate crypto positively,” he said.

Jaideep Reddy, leader and lawyer at Nishith Desai Associates, who is also representing IAMAI in a crypto case against RBI told Inc42, “There are legitimate concerns regarding crypto-assets, but the report’s recommendation of an outright ban appears excessive. Crypto-assets have benefits as well, which have been recognized globally, including by leading universities like Harvard, global corporations like JP Morgan, and international bodies like the IMF, as well as by previous Indian government reports. Therefore, as we have always recommended, crypto-assets should be regulated to promote the benefits and mitigate the risks.”

He added that traditionally courts have taken a stern view on outright bans and have generally advised for measures with a lesser impact, before endorsing complete prohibition. So hope exists for the crypto community in India, but it’s fleeting and time may be running out on cryptocurrency in India.

What do you think about the massive decision by the Indian government to look at a ban on cryptocurrency? Which side of the debate are you on? Tell us in the comments and let your voice be heard.