If success can be boiled down to a tried and tested formula, then serial high-tech entrepreneur Sir Terry Matthews has perfected his by trying and testing it over 150 times. The Chairman of Canada-based investment management firm Wesley Clover International whose first company Mitel (started in 1972) is the number one vendor of business systems in Europe, during his recent India visit launched the Alacrity India startup fund in collaboration with Pune-based Ideas to Impacts to invest in B2B SaaS startups. Talking exclusively to Inc42, Sir Terry Matthews, who has funded over 100 companies in the high tech communications field, revealed that for him success boiled down to few key items.

“In 1972, I started the company Mitel, we moved very quickly to build electronic PBXs which were software driven. So Mitel became the first company in its space to make a product that was global. Hence the $3,500 that I started Mitel with, grew to $2.6 Bn in ten years. The first key item in this success was ownership, people felt good about working in the company. The second key item was to listen to client requirements. So I would make copious notes about what the client wanted. And if you get it right, the customer buys the product and becomes an advocate! The fourth key item is transparency, be it to the employee or to the investor or to the potential investor. I went through this process at Mitel and I have used the same philosophy more than a 150 times in 150 odd companies,” he reveals.

The Global Ecosystem Of Alacrity Funds

Mike Manson, General Partner at Alacrity Fund threw more light on this model. Mike revealed, “Alacrity India is a part of global ecosystem of Alacrity funds that we are setting up around the world. By this time next year, we will have another five funds, taking it to 10 in total. Each fund has a corpus of $10 Mn – $15 Mn, and is focussed on early stage/seed stage investing with a focus on enterprise software or B2B SaaS software startups. So with this ecosystem, we have 40-50 companies globally in the portfolio as each site is investing in four to five startups every year.”

So starting off from the first Alacrity Program from Canada, the ecosystem has now grown to one in UK, two in Canada, an Alacrity program in Istanbul ($12 Mn), an Alacrity program in Lille, France (€12Mn or $13.9 Mn), one in Vienna Austria, and now one in Pune. Next up are programs in Singapore, Mexico, Shanghai, and Jakarta. In addition to this, ecosystem for startup programs, towards the end of the next year, the foundation is looking to create a bigger fund (around $200 Mn) which would be a growth fund for Series A and Series B rounds for growth stage B2B SaaS startups.

As per Mike, one of the main tenets of Alacrity funds is that go global, go global fast. So the programme typically starts off in each location with Terry investing through Wesley Clover in tandem with local investors, and helping solve local problems. This is done in a variety of ways – through technology licensing relationships, reseller relationships as the foundation has a very global network and access to global enterprise customers.

And this is where Sir Terry Matthews’ first successful company Mitel comes in which is the number one vendor of business systems in Europe. It helps to remember here that Mitel Semi-Conductors (split in 2000) was bought for $10.7 Bn while Mitel’s system business represents a lots of dealers and system integrators which are potential to get to market for new tech companies as an ecosystem around Mitel.

Sir Terry says, “The worst thing in life is to have the best product but no sales. So channels to market how do you get a product to market – this is where Mitel comes in handy for the startups in the Alacrity ecosystem.”

It is this global expertise in building B2B global SaaS companies from Seed stage and making them investable for Series A that Alacrity brings to India. And that’s where Gireendra Kasmalkar, General Partner and Lead Investor of the Alacrity India Startup Fund comes into picture.

Gireendra Kasmalkar, had founded VeriSoft long back in 1998. VeriSoft was acquired in July 2008 by SQS Software Quality Systems. Till March 2016, Gireendra headed the India operations as the MD and CEO of SQS India. Just as he was exiting and looking for doing some angel investing, he met Mike. Incidentally, a couple of Wesley Clover companies were also VeriSoft’s customers. 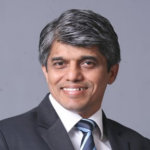 Gireendra reveals, “Mike mentioned last year that they were starting Alacrity India and rather than doing some sprinkling of angel investing, it seemed more attractive to have a fund. That’s where I met Terry last October and we decided to start Alacrity India headquartered in Pune.”

But of course, there were a couple of strong alignments than mere timing and a handful of customers. And one of the most important one was that Gireendra has always been used to the B2B side of things. Then again, Ideas to Impacts, the organisation started by Gireendra post leaving SQS, follows the model of delivering IT services but from small towns. Incidentally, the same philosophy is followed by Wesley Clover. So in Canada, Wesley Clover does not work out of larger Toronto but rather Victoria. Similarly in India, they don’t want to be in Mumbai or Delhi or Bengaluru which are the hotspots of startups but rather preferred Pune.

Adds Gireendra, “There are problems to be solved and they are not all in metros. The technology flavour is our sweet spot but to give it an Indian flavour we have added India Stack to it. So if entrepreneurs are going to build on top of that, there need to be funds like us to promote that.”

Hence the partnership will enable the Alacrity ecosystem to understand what sort of challenges and problems can be solved here in India by leveraging local platforms like India Stack.

Gireendra further revealed that the Alacrity India fund will invest in the first four years, so as to ensure a runaway for getting exits in the next few years. Following the traditional VC model of investing, every year for the next four years, the fund will invest in roughly 3-4 companies in Indian B2B SaaS space, with investment ticket size falling anywhere from $100K to $700K.

So while the sizes may vary from company to company, the focus will be strongly rooted in B2B SaaS space.

When questioned as to why the focus on B2B alone, Mike reveals, “There’s a saying that says write what you know about. Similarly, we know enterprise. We have been selling and working with enterprises around the world for many years. The other thing is that enterprise growth is always going to be there. It’s not going to be subject to fads which lead to herd mentality in investing. We know enterprise will be there to help create sustainable businesses. Since we take the long term view of our investments, we want to build sustainable businesses and we will base them on enterprises.”

More so, Mike feels that timing for entering B2B SaaS space in India is right on a variety of fronts. 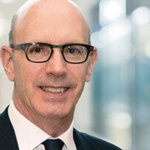 “So first of all, India is right for disruption for enterprises on a variety of scales. There are tools like India Stack which are going to help startups leverage this opportunity. The mobile infrastructure is expanding; there’s significant investment going on in the cloud infrastructure with AWS. So the fundamental building blocks are all there for B2B SaaS to take off. Then there’s talent coming out of colleges. Which makes the case for us to bring in the B2B expertise from around the world to build businesses in India,” he explains.

The same thoughts are evinced by Gireendra who states that while the fund picked up B2B SaaS startups as a focus based on expertise and the timing is a very happy coincidence. And thus, the Alacrity India Startup Fund will be looking to make a couple of investments quite quickly.

When asked what is going to be the criteria for selecting such startups, Gireendra reveals that in early stage companies, the fund will obviously be looking at the team – the people.

“That’s the key because you don’t have anything else. However as far as the product and revenues, go, it’s a very standard thing followed at Wesley Clover. One of the things I liked about them are they have got down this whole B2B SaaS scaling to a science. So what should the MRR be when we invest, is known. So there are specific norms for us to know what kind of MRRs we can get into at growth stage,” he explains.

Which is what is seconded by Mike also, that at the most basic level, the startup needs to have customers, a market validation that it is onto something.

Indian B2B SaaS And The Challenge Of Going Global

Of course, the team is well aware that when one compares the Indian B2B SaaS in North America or the US, it is much ahead. However Chennai is witnessing increase in traction and that’s where the opportunity lies for Alacrity India to push this forward.

More so, with some unicorns in the making like Freshworks, Zoho, and, Pune-based cloud data protection and management firm Druva, Mike believes that the opportunity is promising to make Indian companies, scalable, investable and global just as these behemoths have broken through and become global.

Because as mentioned earlier, going global fast is the philosophy the group swears by. Sir Terry aptly says, “Don’t just be a corner local store. Think globally from the get go. And one of the things that we bring is a global outlook. And we bring to the table what’s going on in Germany, in UK, in France – what opportunities are there?”

The foundation believes that there’s a huge gap which in B2B space which too many seed stage companies fail to jump. As per a report published by Google and Accel Partners in March, last year a $50 Bn market awaits Indian SaaS products and companies. India is now home to more than roughly 500 SaaS startups as per the report and it could end up garnering 8% of the global SaaS SMB market which is expected to grow to $132 Bn by 2020.

In the light of these statistics, India just seems to be the right kind of place for someone like Sir Terry Mathews, to do what he thoroughly enjoys-investing. He reveals, “I enjoy seeing young people become business people. I am an industrialist and I enjoy industry. I am also an engineer and I like staying up to date with technology. For me, it’s now like an enjoyable hobby to watch young people grow into good business people.” For Indian startups in the B2B space, Alacrity India Startup Fund thus just seems just the chance of a lifetime waiting to happen.