What Does The Launch Of Syndicates By AngelList Mean For Angel Investors In India?

What Does The Launch Of Syndicates By AngelList Mean For Angel Investors In India? 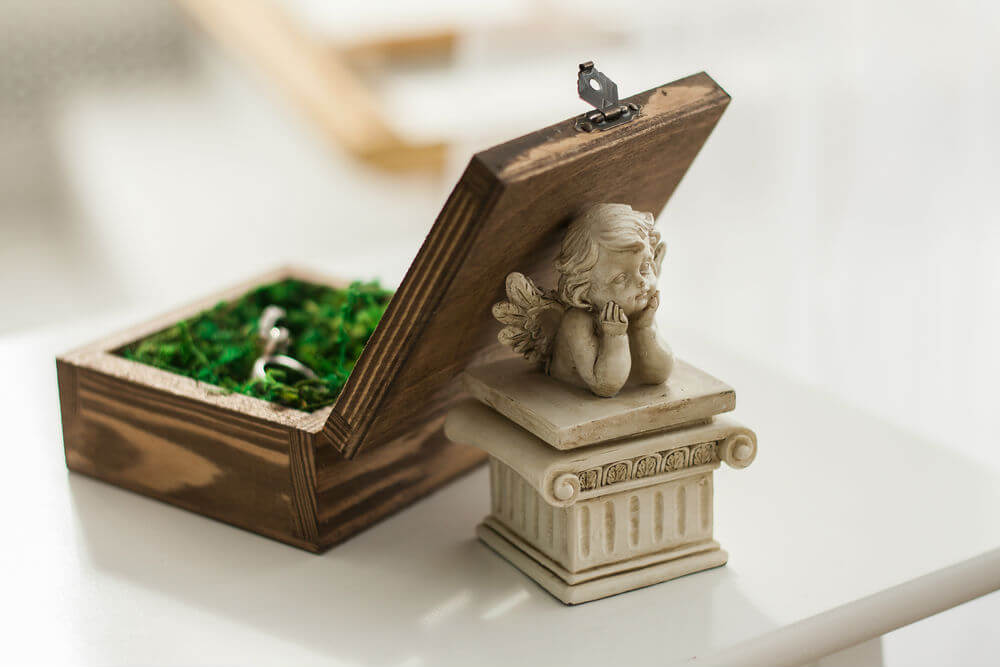 Launched In The US In 2013, The Syndicates Platform Has Enabled $700 Mn In Startup Investments

January has been quite a noisy month for angel investors in India. If on one hand, the clamour against angel tax kept on rising, on the other hand newer developments also fructified. One of them was Silicon Valley-headquartered AngelList announcing the launch of its Syndicates platform in India.

Founded in 2009 by Naval Ravikant, AngelList is an online platform that helps startups to raise capital from accredited investors. It enables investors to put in as little as $1,000 alongside accredited backers through investment syndicates.

So, What Exactly Are Syndicates?

Essentially, the syndicate lead will put his or her personal money in what works like a mini-fund and then approved backers of that syndicate will pump their money into the fund, which AngelList will deploy for various startups. At the time of exits, the lead angel of the syndicate gets a pie of profits from that fund.

So syndicates not only enable more angels to participate in funding by getting access to top deals but work in a similar way as a VC fund. Syndicates provide experienced investors the opportunity to earn carried interest on their allocation as well as the ability to write bigger cheques by pooling capital from dozens of backers in the ecosystem.

Thus, it’s a win-win for both the experienced and the inexperienced angel investors. It gives the experienced early stage investors more spending potential while allowing those with less experience to join them to put money into promising early-stage companies. With a larger angel capital pool, it obviously increases the opportunity for startups in the ecosystem to easily raise seed money.

Syndicates were first started in 2013 by AngelList in the US and were taken to the UK, Europe and Canada. The service has helped companies like Uber raise funds in their early stages. As claimed on the AngelList blog, syndicates have helped almost 1,870 startups raise close to $705 Mn, receiving more than $6 Bn in follow-on funding.

As part of the India launch, AngelList claims to have gathered the support of bigwigs from the Indian startup ecosystem, including FreeCharge co-founder and former CEO Kunal Shah, Saama Capital co-founder and Managing Partner Ash Lilani, among others. Approved backers on AngelList will get to participate in investment deals led by established investors like FreeCharge co-founder and owner of Tandon Group Sandeep Tandon; Shalini Prakash, Venture Partner at 500 Startups, Kalaari Capital’s seed funding platform K-Start and others.

Essentially, this is aimed at allowing independent investors to be a part of funding rounds at larger companies and alternatively be able to get better equity allocation and voting rights during investments in startups. Also, startups don’t pay for syndicate investments. Investors usually pay 0-15% deal carry to the syndicate lead and 5% deal carry to AngelList India. 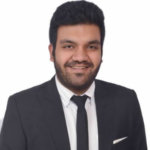 In order to understand the workings of syndicates better and the criteria set by AngelList for minimum investment by angels and lead angels, Inc42 spoke to Prakhar Agarwal, who heads Investments at AngelList.

Here are a few excerpts from the conversation:

Inc42: To qualify as an angel investor, you have set the criteria for an angel investor as someone who has net tangible assets of at least $314K (INR 2 Cr) excluding the value of his or her principal residence. Is this in accordance with SEBI guidelines or AngelList’s own criteria?

AngelList: The above-stated criteria are all in accordance with the latest amendments to SEBI (Alternative Investment Funds) Regulations for Angel Funds. Apart from that, AngelList will maintain a high benchmark of inviting investors that have considerable prior investment experience and domain expertise to invest through AngelList’s syndicates. The same applies to our eligibility criteria of a body corporate with a net worth of at least $1.57 Mn (INR 10 Cr), it is also in accordance with SEBI’s regulations.

Inc42: Could you elucidate more on angel funds, as in their status and tax implications?

AngelList: The Angel Fund, which is registered with SEBI under the AIF Regulations, has been accorded a pass-through status in respect of all incomes (except business income) i.e. Angel investors are subject to tax as if they had directly invested in the portfolio companies. This ensures that there is no double tax incidence at the hands of the fund and then the Angel Investor, making it an exciting alternative investment asset class for them.

Inc42: How are these mini angel funds different from VC funds in general?

AngelList: Angel funds allow for the deal-by-deal pooling of capital from individual angel investors as against VCs that typically have to raise a pre-committed corpus for their fund. This allows for higher discretion at the hands of the angel investors to choose the companies they want to invest in.

Inc42: Can any angel investor start an angel fund on AngelList?

AngelList: While any angel investor with prior investing experience is free to set up a Syndicate on the AngelList platform, it is only the most prolific investors that manage to get a good backing for their syndicate from other investors who are confident in the lead’s ability to screen the best deals. This ensures that AngelList maintains the best deal flow quality while also enabling new investors who can evangelise their Syndicate to make their mark in the startup investing world by providing them with a holistic investment ecosystem.

Inc42: How do angel funds benefit the company in terms of exemption from angel tax?

AngelList: Several companies that have raised investments directly from angel investors have received notices from the Income Tax authorities to explain the valuation methodology and in certain situations have been asked to pay ‘Angel tax’ if the authorities perceive the funding to be at a valuation, which is more than the fair market valuation. Since the valuations of startups are always based on the ‘perceived value’ of the business in the future, the investment is often treated as an income and subjected to tax.

As you know, coverage, startups have launched an online petition addressing the Finance Minister to solve the Angel tax problem that they are facing from the Income Tax authorities for angel investments they raised two to three years ago. Investing through a SEBI regulated AIF structure of AngelList will ensure that startups do not face such challenges.

Inc42: What advantage do syndicates provide to angel investors and startups compared to other deal-making platforms in India?

AngelList: While we would not want to comment on any particular angel investing platforms, the advantage of Syndicates is that investors can participate in deals with lower minimums and they get access to some of the top deals of the Syndicate Leads while benefiting from their experience in picking and managing investments. These deals will be typically hard to access for someone who hasn’t spent a considerable time in building deal flow.

The advantage for startups is that they get more capital from value-add angel investors through one pooled entity on their cap table.

The Current Scenario For Angel Investors In India

As pointed out by Prakhar, the entry of AngelList comes at a time when founders of early stage startups have been raising concerns around demands to pay ‘angel tax’ to authorities for raising capital from small-scale angel investors and are seeking a revision of the angel tax structure.

Another interesting fact pointed out by the report is that while there were about 653 unique angel investors active in the Indian startup ecosystem in 2016, in 2017 that number fell to 512, translating to an approximate 22% fall from 2016 to 2017.

LetsVenture itself has been offering Lead Syndicates for the last two years now, with investors such as Anupam Mittal, Sanjay Mehta, and Vikram Chachra among others on the platform. It has helped over 138 startups raise $51 Mn in deals and claims of having around 3,000 angel investors on its platform.

While there is no denying the fact that these platforms help in angels discovering startups and vice versa as well as making fundraising a more efficient and easier exercise for rookie startup founders, the real question is whether they can increase the angel capital pool in the country and bring about more angels into the fold?

In an earlier conversation with Inc42, Dr. Apoorv Ranjan Sharma, co-founder and President Venture Catalysts had pointed out, “In India, not even half a billion dollar investment is taking place in early-stage startups. So, while VC investing has grown over the years in India, angel investment has neither grown that much nor taken any shape in India. Moreover, angel investing is still in the hands of a few angel investors. Every year, you see the same six to seven names repeating in the top 10 angel investors in India. So, if there are only say 500 angel investors, how much can they invest? Probably, half a billion at the maximum.” Which is what Venture Catalysts aimed to address by bringing in more HNIs from cities beyond the metros, into investing in the Indian startup ecosystem.

AngelList on the other hand, having experienced success in the US and Europe by helping startups raise funding from marquee investors and their syndicates, has the requisite infrastructure to replicate the same model in India. It can help bring experienced angels to act as leads which will further attract more angel investors and thereby greater angel capital in the pool.

While not all high flying angel investors may be interested in syndicating their deals, nevertheless AngelList with its body of work still has a real shot to act as a facilitator when they feel like. That’s both its biggest challenge as well as its greatest opportunity.