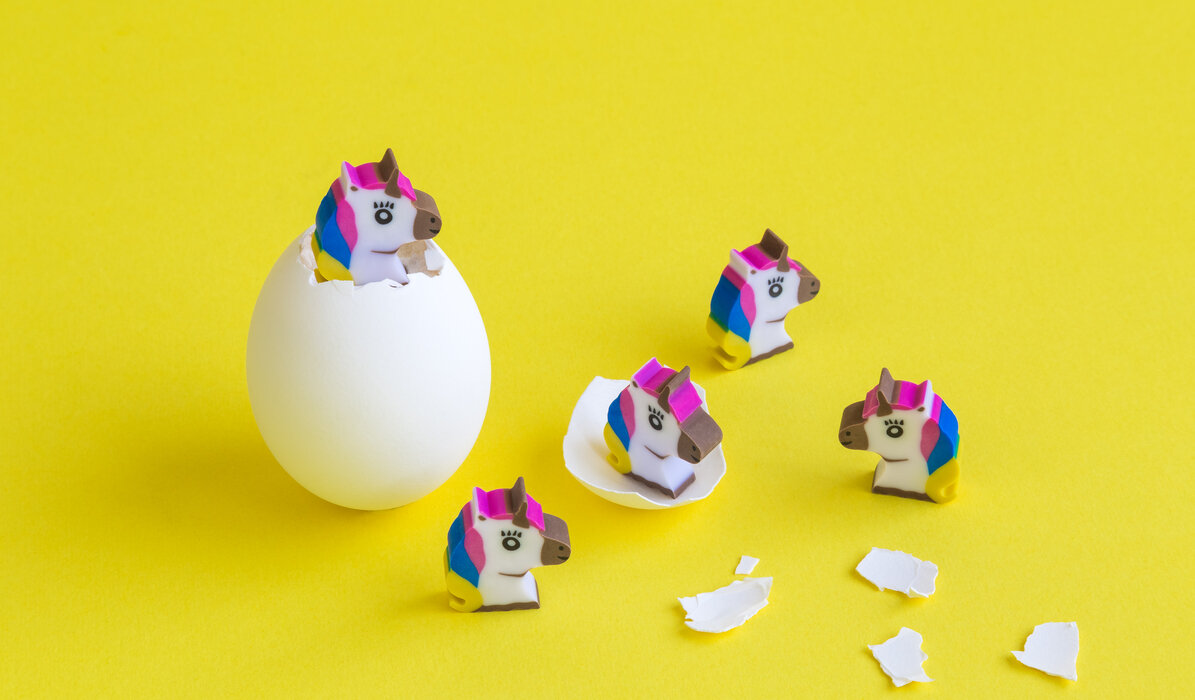 As per Inc42 analysis, startups in India take an average of seven years from the date of incorporation to reach the unicorn club

DataLabs by Inc42 has identified 33 soonicorns in the Indian startup ecosystem, raising over $4.4 Bn till H1 2019

Ecommerce and fintech have the highest number of soonicorns with four entries each, followed by consumer services contributing two soonicorns

Starting up and building from scratch is one of the most rewarding journeys — often the reward is in the form of recognition from entering the unicorn club. Several Indian startups are on the cusp of this greatness.

In India, startups take an average of seven years from the date of incorporation to reach the unicorn club. And at least 34 startups are what Inc42 calls soonicorns, or startups that are expected to attain a $1 Bn valuation.

Last year, as part of the State of The Indian Tech Startup Ecosystem Report 2018, 30 soonicorns were identified, who at the time had raised $2.5 Bn funding overall. In its updated list, DataLabs by Inc42 has identified 34 soonicorns in the Indian startup ecosystem, and in all these startups have raised over $4.4 Bn till H1 2019.

The unicorn club is also diversifying with participation from startups in varied sectors, with different trajectories. Let’s dive into the analysis beginning with a sector-specific look.

As per Datalabs by Inc42 analysis, there are certain sectors that have a high probability of seeing soonicorns ready to rise up to the next level.

Based on recorded data and analysis derived from current valuation, expected funding and market dynamics, sectors such as ecommerce and fintech have the highest number of soonicorns with four entries each. These are followed by consumer services which has contributed two soonicorn startups.

Fintech is a rapidly evolving segment of the financial services sector where tech-focused startups and other new market entrants are disrupting how the financial services industry traditionally operates. NASSCOM states that the Indian fintech software market is expected to double from the current $1.2 Bn to $2.4 Bn in 2020.

The fintech startups that look closest to the unicorn club include BankBazaar which is relying on rising adoption in the non-metro market in India. It’s joined by FINO Paytech digital banking platform, SME lender Lendingkart as well as retail payments major Pine Labs which is planning an IPO in the coming two years while also expecting the total payment volume (TPV) on its transactions to rise more than fourfold to $100 Bn from $23 Bn. Paytm Money is also on track thanks to its diversified approach to investments and wealth management.

The ecommerce startups identified as soonicorns include CarTrade, one of the leading online platforms for buying and selling used cars, a segment which is getting a lot of investor attention in the light of the auto slowdown.

FirstCry is another startup that makes the cut in our list of soonicorns and recently bagged an investment of $400 Mn for over 40% stake by SoftBank. In fact, vertical ecommerce is maturing rapidly in India and startups in this segment are bound to see great growth as the addressable base for ecommerce in urban areas matures.

Thanks to this, the likes of Lenskart are also in line to enter the unicorn club. The eyewear startup is getting ready to expand rapidly in the 500 more stores in the next two years and take the total store count to 2000 stores within the next five years with a focus on tier 2 and tier 3 markets.

Within niche segments, online home interior design and renovation platform, Livspace, is also prepped up for imminent entry into the billion-dollar-valuation club. Thanks to its affluent core target audience and large ticket sizes, Livspace has the momentum and the revenue roadmap to make it there.

When it comes to business models, startups in the B2C segment have a higher incidence of soonicorns. It’s no secret that the consumer market is easier to tap in India thanks in large part to the higher-tech penetration through affordable smartphones. Investment in B2C startups has been almost twice that of B2B startups in the soonicorn club.

B2B companies find it harder to scale compared to consumer companies as they have to account for the lower-tech penetration among business users, especially those who are working with small and medium businesses. Unlike consumer companies, B2B firms cannot rely on digital marketing blitz as their target audience may not be huge digital consumers. Even so, the situation is changing and changing quickly in the Indian context. B2B startups that have achieved scale earn the bulk of their business from abroad — the US, Europe, Southeast Asia.

According to data recorded by Datalabs by Inc42 most soonicorns are from Delhi NCR, which has also taken the lead in terms of unicorns in the Indian market.

There are 11 soonicorns based in Delhi NCR with consumer services brands such as Grofers, and UrbanClap as well as ecommerce startups Droom and Lenskart. As per an analysis by Datalabs by Inc42, the startup ecosystem in Delhi NCR has outpaced Mumbai and India’s startup capital Bengaluru in terms of CAGR of startup funding and the average ticket size.

Bengaluru and Mumbai are home to nine soonicorns with a healthy spread in terms of the sectors thanks to startups such as Nykaa, Pepperfry, BookMyShow, Nazara, Mswipe, Practo and others from the commercial capital of India, while Zoomcar, Paytm Money, ShareChat, DailyHunt and Curefit among others represent the startup capital of India.

Pune and Ahmedabad each have two startups in the soonicorns list, with Chennai contributing one soonicorn startup too.

Soonicorns In India: Most Active Investors

On studying the soonicorns, one can see that marquee VCs in the Indian ecosystem are the most active group. This is hardly surprising given the mega funding rounds soonicorns have seen.

Sequoia Capital closed its sixth fund at a fund corpus of $695 Mn in August 2018. It said it would look for more investments in early and growth-stage startups, targeting the consumer and healthcare sectors across India and Southeast Asia. Sequoia has made over 200 investments in India and SEA so far, including 11 startups that are on the verge of turning unicorn in the next couple of years. This includes soonicorns such as Grofers, JustDial, BankBazaar, Practo, CarDekho, Nazara Technologies, Zoomcar among others.
Tiger Global Management

With four of its portfolio companies in the soonicorns club, New York-based Tiger Global Management has started to ramp up its presence in the Indian market. Overall it has backed 13 startups, including a $90 Mn round in agritech startup Ninjacart and a $60 Mn infusion in B2B industrial goods marketplace Moglix.

Accel Partners, an investor in unicorns such as Flipkart, Swiggy and Freshworks, has a sizeable portfolio in India. Analysis by Datalabs by Inc42 estimates that among its portfolio, BookMyShow, Curefit, Power2SME have the biggest potential to move from soonicorn to unicorn.

With investments in ShareChat, BookMyShow and Capital Float, SAIF Partners also has enough startups in play in the soonicorn club.

Among this group, ShareChat seems the most interesting as it could become the first social network from India to enter the unicorn club. As cofounder Ankush Sachdeva told Inc42 earlier ShareChat has built an audience of 45 Mn monthly active users (MAUs) with over +100 Mn app downloads thanks to its first-mover advantage in the regional language social media space.

The Road Ahead For Indian Soonicorns

As seen in 2019, the unicorn club always gets a surprise entrant or two. This year, Druva, Ola Electric, and Icertis made it to unicorn level valuations despite not being identified as soonicorns. Similarly, Udaan surprised all observers with its swift entry into the hallowed club. So while 34 startups have been identified as soonicorns, there might be a few outliers among those that didn’t make it to the list.