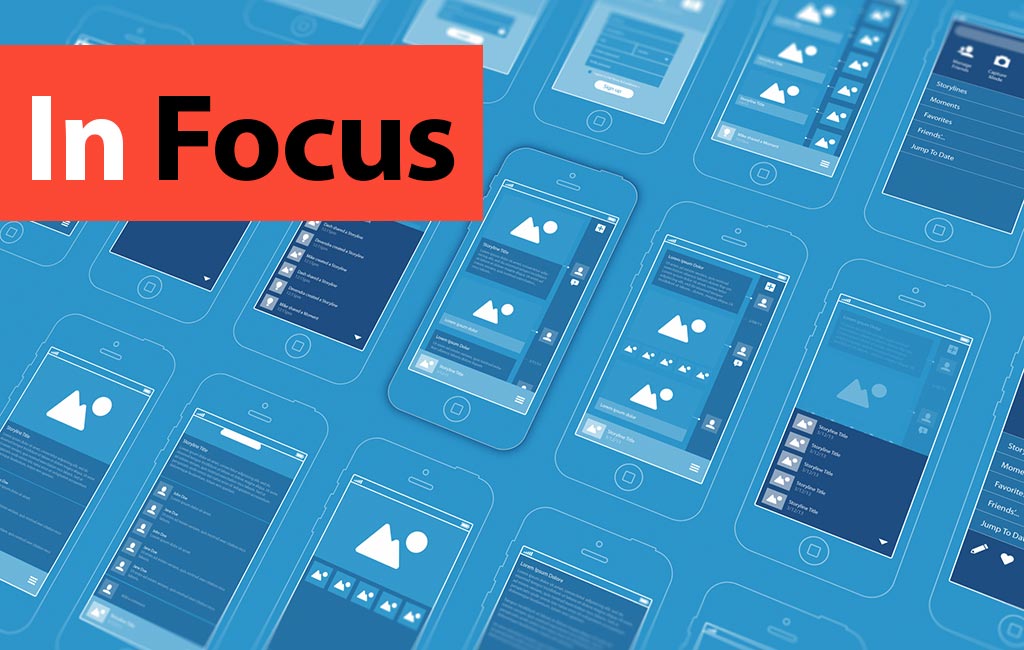 As the curtain closes on another exciting year, we at Inc42, like always, pause for a while to look back, contemplate, analyse, predict and come up with our series of year-end stories that would perfectly sum up the past year and offer near-perfect predictions for the next year (our predictive algorithm is top-notch). This article is a part of this endeavour.

The late American best-selling author, physician, producer, director and screenwriter, Michael Crichton, once famously said, “They believed that prediction was just a function of keeping track of things. If you knew enough, you could predict anything.” “They” were absolutely right; it’s all a matter of keeping track of things and that’s why our predictions are spot on.

Last year, we made a series of predictions about the top startups and apps to watch out for in 2015. We don’t just predict and leave it at that; we put our predictions to test and understand if these startups and apps really kicked ass or fell flat on their asses. This article is a progress report of the mobile-first startups that we claimed would fare really well in 2015 – let’s see how they performed in the past one year.

Gaana is a music streaming app which uses internet to stream music on phone. The app has a neat, clutter-free user interface which is soothing to the eye. It has options of New Releases, Playlist of the hour, top charts etc. It plays music smoothly without any ads. It works well for all english music lovers as well. It has monthly as well as annual plans which are INR99 and INR 1020 respectively.

Gaana is owned by Times Internet Limited. In June this year, it partnered with New York-based The Orchard, a pioneering music, film and video distribution company. Over 7Mn Indie songs have been included in Gaana’s catalogue via this partnership, exclusively for India, taking the total catalogue size to 10Mn songs.

In May this year, Gaana was hacked by a hacked called MaKMan, exposing details of about 10 Mn users. However, no financial or sensitive personal data beyond Gaana login credentials were accessed.

Userbase: Gaana claims to have over 20 million active users, registering about 700 percent annual growth in consumption and over 10 million songs in more than 45 languages, as well as 45 radio stations.

Funding: In October this year Micromax made a strategic investment in Gaana. As a part of this partnership, all Micromax phones will have the Gaana app pre-installed.

Paytm is India’s largest mobile commerce platform. It started by offering mobile recharge and utility bill payments and today it offers a full marketplace to consumers on its mobile apps. It has over 20 Mn registered users. The app has a clean design and ease of accessing options. At Paytm, you have the option of recharging and shopping from wherever, anywhere and are equipped with a secure online wallet called Paytm Cash.

This year, Paytm has invested in Jugnoo, LogiNext Solutions and Little. Earlier this month, it also acquired hyperlocal services marketplace Near.in in a cash-and-stock deal in a bid to strengthen its presence in online to offline space.

It also holds the RBI license for a Payment bank and in order to fund his payment bank, Vijay Shekhar Sharma may dilute close to 1% of his stake in his holding company One97 Communications Ltd. He also plans to invest about $25 – $50 Mn in the bank (Paytm Payment Bank), until it becomes profitable. With this transaction, Vijay’s stake came down to about 21% – valued at $3.4 Bn – from 27%.

Funding: In September this year, Alibaba invested over $830 Mn in a funding round to increase its stake in One97 Communications, the parent company of Paytm – 30% stake. In February 2015, Ant Financial – Alibaba Group Holding and its affiliate – invested in Paytm for 25% stake and is also offering strategic and technical support to the company.

Increase in Revenue in the past one year: As of August 2015, with its mobile first strategy, Paytm undertook more than 75 million orders of various digital and physical goods every month. It has tie ups with over 80,000 merchants and plans to partner with 10 Mn merchants by end of 2016. The company’s estimated Trailing Twelve Months (TTM) revenue is $900 Mn.

App-install growth in the past one year: The company claims to have over 100 Mn mobile wallet users.

Current team strength vs. last year’s: The company plans to double its current employee headcount – over 3000 – in FY16. It hired around 1500 people in FY15. 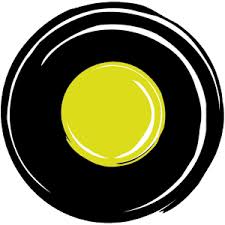 Transport has taken a shift from calling people to websites and now to mobile. With a touch of a button you can book a cab or plan your trip ahead. The user interface of app is facile to use, even a first-time app user can explore around without any hiccups. The app gives you basic steps to follow. All you have to do is set your pickup location, scroll within the list of available cabs close by and Voila, you will have taxi at your doorstep.

Ola has been in the news all through this year. From raising big bucks (details below) at growing valuations (the company is currently valued at around $5 Bn) to launching a slew of different offerings such as its ride sharing service called Ola Share in Delhi NCR to its Shuttle service called Ola Shuttle. The company also engaged in multiple partnerships to strengthen its business

In terms of acquisition, the company acquired TaxiForSure for $200 Mn in March, Geotagg in November and a minority stake in Zipcash in November. Its also venturing into grocery delivery.

With the current round, Ola has closed over $1.3 Bn of external funding, of which over $1.2 Bn has been raised over the past year. In April 2015, Ola raised $400 Mn of funding led by DST Global in Series E and prior to that, $210 Mn from SoftBank Group as part of its Series D round in October 2014. Ola counts Tiger Global, Matrix Partners, Steadview Capital, Sequoia India, Accel Partners US and Falcon Edge also amongst its existing investors.

Increase in Revenue in the past one year: The company declined to talk about its revenue. However, according to an ET report, the company was expected to cross the $1 Bn revenue mark in August this year by clocking 5 Lakh trips everyday.

App-install growth in the past one year: According to the company, it has grown by over 30 times in the last one year, now clocking over 1 million booking requests a day. It has over 350,000 vehicles registered on its platform. According to 7Park Data – a mobile app intelligence company – the weekly active users (WAU) of Ola, as a percentage of mobile device users in India (panel), was 8.93% as of October 2015 – whereas it was only 5.75% for Uber. 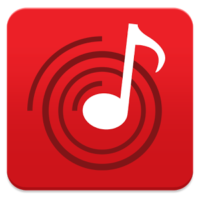 Wynk is the music app for every mood! From Rahman to Rihanna, the app boasts over 1.8 million songs across Indian and International music. The app has a rich UI and has an option of changing language from english to hindi. Also, the app has an advantage over its rivals as it offers unlimited ad-free streaming and streams songs at a higher quality. The app has playlists as per moods, artists and genres.

Platforms Live on: Android, iOS and Windows (launched in November 2015)

Funding: Owned by Bharti Airtel; no funds raised yet.

App-install growth in the past one year: The app received one lakh downloads within four days after its launch in September 2014. It crossed the 5 Mn mark in February this year and in November, it crossed 12 Mn downloads.

Hike is an indigenous which competed with the likes of Whatsapp, Viber and other messaging apps. With its recent funding it has focused on providing more features to its users. The app has a security which lets you hide your conversations with a password and lets you share any kind of file from within the app. Hike uses a 128-bit SSL encrypted, firewalled server for the exchange of media and text messages only on wifi. Messages are stored locally in the user’s device and the data is not backed-up to Hike’s server.

Increase in Revenue in the past one year: The company expects to start generating revenue by October 2016 to April 2017. It’s current focus is on crossing the 100 Mn users

App-install growth in the past one year: In January 2015, the company had close to 35 Mn users and currently it has close to 70 Mn users.

Current team strength vs. last year’s: It currently has close to 200 employees and plans to double it next year.

Founders: The messaging app is owned by Bharti SoftBank, a joint venture between India’s Bharti Enterprises and Japan’s SoftBank Corp. Kavin Mittal is its founder and CEO. He is the son of Bharti Airtel Chairman Sunil Bharti Mittal 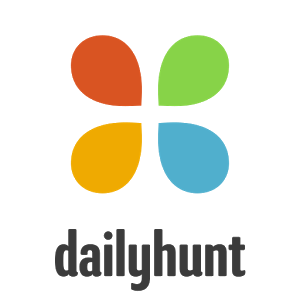 NewsHunt bring all the news in your pocket. The apps focuses on National as well as Regional news and provides support for 11 Indian Languages including Hindi, Malayalam, Tamil etc. It provides an option to change text size and background color to suit reader’s readability.  Apart from providing news, the app hosts a huge collection of regional language eBooks and provides an option to buy them via their mobile phone in addition to their credit/debit cards.

NewsHunt is owned by Bangalore-based Ver Se Innovation, a mobile platform for news magazines and vernacular e-books. It was rebranded to DailyHunt in August 2015. In July this year, the company acquired product discovery and recommendation platform, BuyT for an undisclosed amount. It also acqui-hired mobile analytics company Vauntz for an undisclosed amount in March this year.

The company has also introduced Sachet Marketing of pay-per-chapter model after the  company tied up with Tata Group’s Westland.  ‘Sachet marketing’ refers to a pay-per-chapter model. It provides users with bite-sized chunks of content to be consumed through the mobile screen.

Increase in Revenue in the past one year: “Our monetisation levels have grown exponentially in the last 12 months; Being a privately held company we do not disclose exact numbers,” said Virendra Gupta, CEO & founder of Ver Se Innovation.

App-install growth in the past one year: The Dailyhunt app has about 100 Mn downloads and 25 Mn monthly active users who read around 3 Bn pages on the platform. “Our users have grown 100% plus on a YoY basis; we continue to see strong traction on our platform both in terms of returning users coupled with high levels of engagement,” said Virendra.

Current team strength vs. last year’s: It currently has close to 350 team members and has added close to 100 people over the last 12 months as it continues to strengthen its product and engineering teams

Founders: Former Nokia employees Umesh Kulkarni and Chandrashekhar Sohoni in 2009. NewsHunt was acquired by Ver Se Innovation in 2012 and Umesh stayed on as CTO. Virendra Gupta is the founder & CEO of Ver Se. 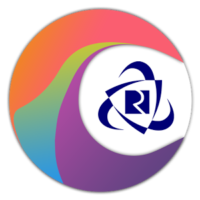 With more than 170 Mn mobile internet users in India, a number which is increasing exponentially, Indian Railways has done the most sensible thing to connect users with IRCTC seamlessly.  The official IRCTC Connect app allows users to book railway tickets, apart from checking reservation status, train schedules, train routes, availability of tickets, cancellation, booking history, recent history, favourites, and more. Users can easily navigate this app, as the designers have followed the best practices of UX while designing this app; meanwhile complete care has been take to choose the right color combination to come up with nicely designed interface.

Earlier this  month, IRCTC added MobiKwik as its primary payment option on IRCTC Connect app. The app was made available for iOS devices as well, earlier this year.

Stay tuned for more such progress reports in the coming days.