Pepperfry Rejigs Product And Studio Strategy With IPO In Sight

Pepperfry Rejigs Product And Studio Strategy With IPO In Sight 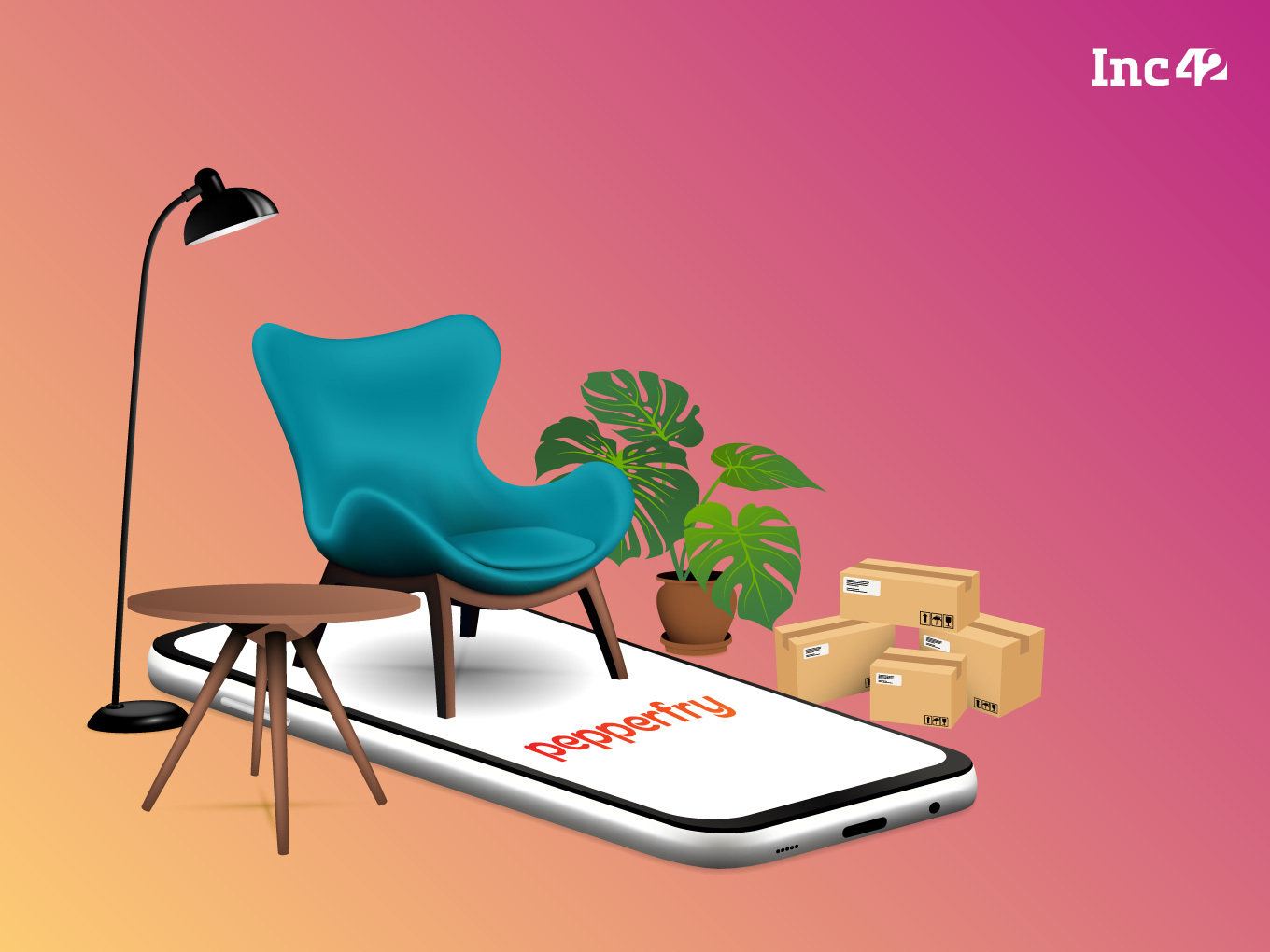 However, experts believe that the over 100% online demand growth for furniture seen last year may not repeat in 2021, as furniture is not replaced very often and is a discretionary spend category

The furniture marketplace is confident that with the controlled customer experience and renewed product offerings, it can tame the profitability beast and sail the IPO ship

Mumbai-based online furniture and home products marketplace Pepperfry has been on a steady growth path since its inception leading up to its initial public offering (IPO) plans announced earlier this year. The platform is tweaking its business model as it looks to be profitable and IPO ready in a few months.

To accelerate growth, Pepperfry recently introduced a new version of the franchise model that seeks to bring in younger, design focussed entrepreneurs into its omnichannel model. For the online business, Pepperfry is shuffling things around with a renewed focus on modular furniture and the fast-growing mattress segment. But for a business that hopes to tap into the discretionary spend opportunity in a pandemic-worn economy, how well is the company placed to tap the furniture market as it focuses on profitability?

The company had announced its IPO plans in 2019 and since then it has changed/tweaked its strategy around improving unit economics with measures to optimise operational costs, improve sales and margins and reduce expenses, the company COO Ashish Shah told Inc42.

Shah claimed that Pepperfry was on its way to profitability in the last quarter of FY20 but pandemic and the lockdowns derailed its plans.

The company experienced a dip in revenue during the first two months of FY21. However, in mid-May when restrictions were eased, consumer interest quickly started picking up with the business emerging at 40% of pre-lockdown sales in May, 70% in June, 85% in July and at 100% of pre-lockdown demand, in August. By September-October 2020, not only did it bounce back but also surpassed its pre-covid level sales, says Shah.

“When we became operational after the lockdown last year, we had already improved these metrics to the extent that we were a few percentage points away from reaching our goal. However, after a good few months of sales, from February 2021 onwards the second wave again hit our plans. But the way things have bounced back lately, hopefully in July we will be profitable if business returns to normal. We are confident,” he added.

Shah says that only 65% of Pepperfry’s market has been functional due to various lockdowns, even though the platform owns its supply chain. Once the market bounces back to where Pepperfry was placed operationally in January 2021, it will reach its target.

According to the regulatory filings:

When asked, the company declined to share FY21 numbers.

The next goal of the company, according to Shah, is to strengthen the core business by adding new product SKUs on the platform. Pepperfry is on its way to double the range of products from its six house brands over the next 12 months to IPO. House brands or private labels are brand names used by a retailer for a product line specifically developed for the retailer and usually sold at a lower price (and higher margin) than products from other brands. Pepperfry’s house brands comprise over 50% of the overall sales.

In addition, it is also scaling up some of its existing product offerings in terms of its market reach in the country which includes a focus on modular furniture and mattress segments.

Why The New Customer Behaviour Has Changed Business Focus

If Pepperfry’s modular furniture and mattress offerings seem familiar, you are not mistaken. It first launched its modular solution for kitchens- Mangiamo- in 2016 to boost gross sales, and it quietly remained on the portfolio all these years. In 2018, it launched Pepperfry Bespoke for end-to-end home interior solutions. This included Bespoke Studios which are large-format stores with a huge display of modular solutions. Mattresses were launched under its house brand Clouddio in 2018.

What brought these products back into focus as a growth driver is a massive change in customer requirements since 2020. Especially with more people working from home, there is a renewed focus on premium products for extended periods spent at home. Also, the simple fact that too many users had to buy work-from-home furniture online over the past year at times when they couldn’t afford to have carpenters sitting at home during the pandemic has helped people shed the fear of transacting online.

“We have been doing modular business in bits and pieces so far but we are relaunching it through our studios (physical stores) in key markets like Mumbai, Delhi, Bengaluru and Kolkata among others. These stores will be completely owned by the company and we are expanding the modular business teams,” says Shah.

The mattress focus is driven in part by the D2C mattress ecosystem. The demand for better sleep products has led D2C mattress brands such as Wakefit (+7.2x), SleepyCat (+7.5x) and Sleepyhead (+53x) to experience a significant rise in their operational revenues over the last three financial years (FY18-FY20).

Pepperfry, too, has decided to repurpose its offerings with new lifestyle products like orthopaedic and antimicrobial mattresses, which are also buzzwords in the D2C space. The current focus is on expanding the range of products and distribution beyond the ecommerce platform and offering better price points given the scope in this market segment. The company is also exploring contract manufacturing opportunities for the mattress segment, Shah adds.

The third area of growth for Pepperfry is in completely renovating its existing omnichannel presence. The platform had utilised a franchise-led model to take Pepperfry to the interiors of the country since 2018, however, in June it launched a Pepperfry Accelerator Program to take this model a step further. It aims to establish over 200 studios in one year under this program. The new FOFO (Franchise-owned and Franchise-operated) studios will be launched in neighborhood markets across Metros, Tier 1 and Tier 2 cities.

“During the lockdown merchants realised that an omnichannel business is safer and this has led to us getting a lot of franchise requests. We had 18 franchise stores before the pandemic and we added 20 new stores in the past six months leading us to create the new franchise program,” says Shah.

These stores are also looking for a new crop of merchants who will not only invest in the physical presence but also have a hands-on approach to the business. Pepperfry wants to bring younger local entrepreneurs with some design and corporate experience to manage a small number of stores and own the entire customer experience there. An investment of INR 15 Lakh is required for these stores but Pepperfry handles the supply chain, customer support and marketing requirements for them.

While Pepperfry is confident about its growth, profitability and IPO plans, is the online furniture market in India mature enough to provide the kind of growth the company is targeting?

Anand Ramanathan, partner, Deloitte India says that both Covid-19 waves led to high demand for online furniture especially home office products. Leading marketplaces were able to onboard thousands of furniture sellers since the offline channels had low traction. He adds that retailers with control over their supply chain have been able to service customers better in this scenario. 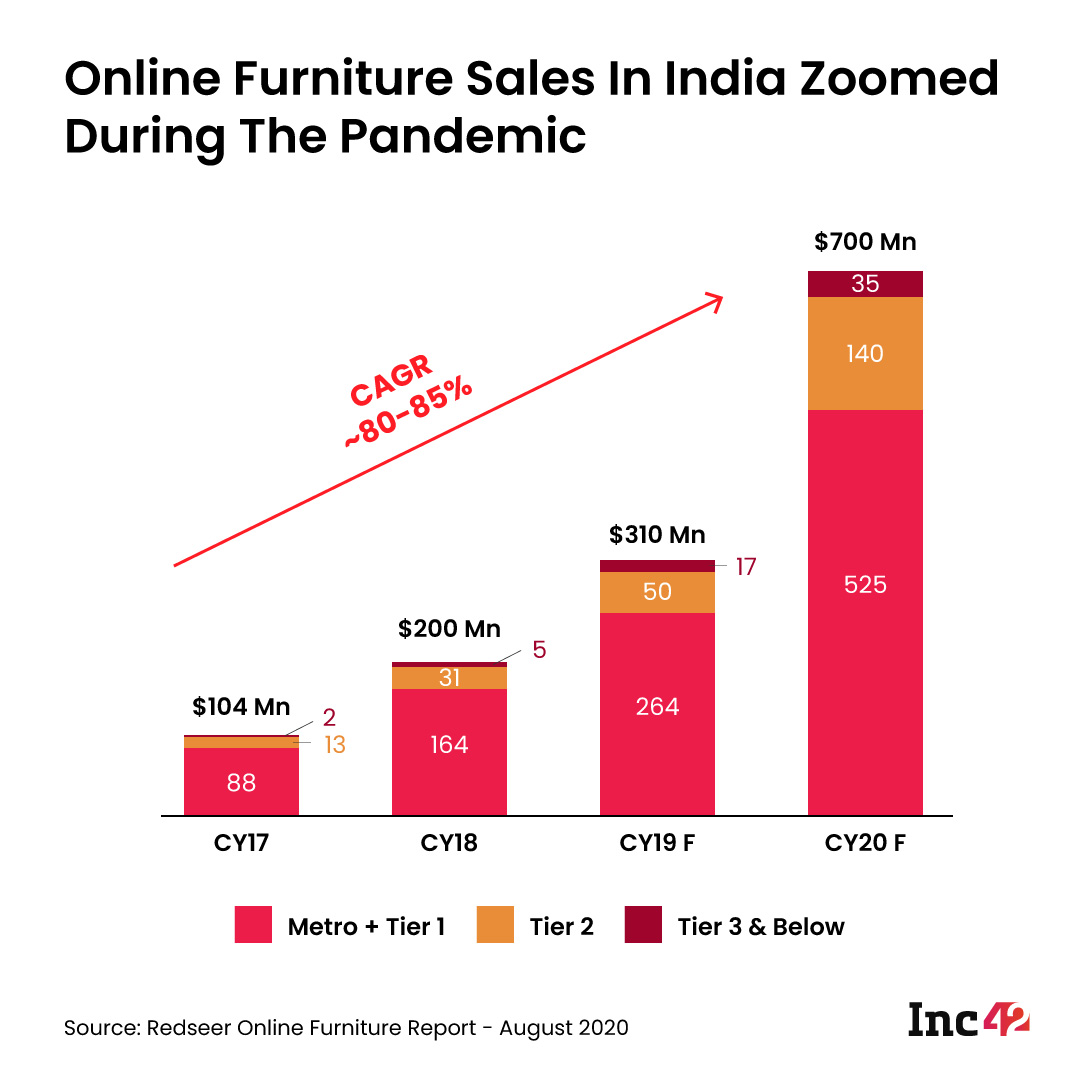 “We expect to see high customer spending during the coming festive season. However, the jump in online furniture growth could be lower compared to last year due to the higher base of last year and some purchases of office furniture made last year,” says Ramanathan.

This is a concern that Pepperfry recognises as well. Shah notes that furniture being a discretionary spend category, is at risk. But he is confident that the current measures will help Pepperfry cross the profit line and list 12 months after, possibly hitting the unicorn mark. We will wait and watch if we get India’s first unicorn from the furniture business within one year.