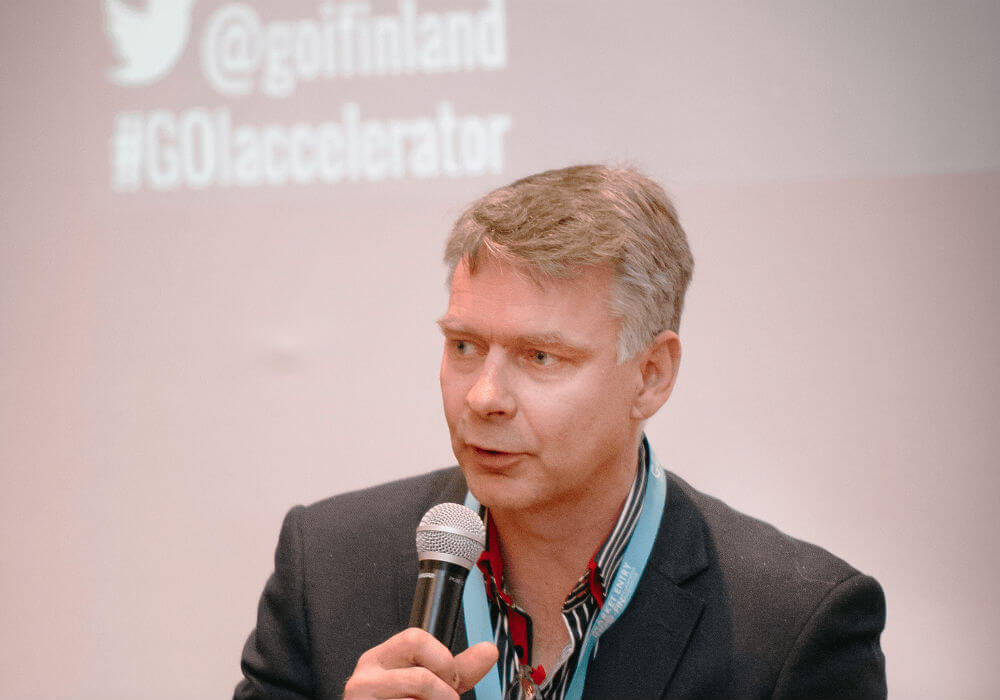 India has the world’s third largest startup base according to a report by NASSCOM. The Indian startup ecosystem and relatively the vast Indian market is booming and just in 2017, the Indian tech startups were able to raise over $13.5 Bn across 885 deals according to Inc42 Datalabs’ Indian Tech Startup Funding Report released recently.

In the same year, over 1,000 tech startups came up according to NASSCOM Zinnov report. Not surprisingly, with the growth of Indian startups gaining momentum – it is attracting varied interests from the international audience.

This phenomenon was seen apparently in a recent interview of Vesa Riihimäk. Vesa is the head of Startup and Growth Finland Unit at Nordea (Nordea Bank AB, commonly referred to as Nordea) which is a Nordic financial services group operating in Northern Europe.

The Unit takes care of customer relationships in the startup and growing customer market. It also co-operates closely with VC funds, business angels and accelerators.

On the question of how attractive the Indian Market is to Nordea, Vesa replied, “Nordea is keen to connect their Finnish startups with Indian partners to facilitate internalisation opportunities for their clientele.”

According to him, since the Indian market is huge so is the opportunity it presents. Also, Vesa said that the startup and investor ecosystem is rapidly developing there, so that is a strong positive sign as well.

Evidently, the Head of Startup and Growth Customer Unit, Nordea is optimistic about collaborating with the investors from the Indian side.

Vesa stated, “Nordea is definitely happy to help Indian investors to find interesting target companies (from the Nordics) expanding into the Indian market and we are also keen to connect our startups with relevant (Indian) partners that can help them to enter the Indian market effectively, like GOInternational Finland.”

Nordea is one such platform in Finland which is instrumental in aiding the country’s startup ecosystem. According to Vesa, Nordea has delivered about $310.11Mn (€250 Mn) till date and in Finland, they have 1,300 startups and growth companies that have received the loan solutions.

In a roundtable conference with 20 top US CEOs, PM Modi during his June 2017 US visit had stated, “India’s growth presents a win-win partnership for both India and the US. The US companies have a great opportunity to contribute to that.”

The message by the Prime Minister did not have any between-the-line meanings. It was an open invitation to global investors to invest in India.

With India accelerating as the world’s third largest growing ecosystem in the world, it is already attracting several international VC funds. On this map of mutual growth, Finland already seems to have figured its place as the Finnish Minister of Transport and Communication, Anne Berner signalled in an interview with the GOInternational Finland, that Finland will look towards finding common solutions for fighting climate change on a global scale through cooperation among nations including India.

As much as Nordea has aided in the making of a startup ecosystem in Finland, India too presents itself as a huge market with an average of 2 deals done every day in the startup ecosystem and with a figure of about 20,000 startups already existing of which 10,500 are tech startups. Therefore,  the loan or finance solutions that Nordea can offer might just prove to give Midas’ touch to the Indian market.

This is also true as Vesa claims that 95% of Nordea’s customers have “international business models and targets”.

Nordea works on close collaborations and mentoring for startups and growth companies so that they may grow and create important networking contacts with relevant service providers, equity investors, business angels, accelerators and startup hubs around the world.

This may be just what Indian startups would be desiring to upscale their operations and knowledge. Backed by a formidable knowledge about the Indian startup ecosystem, Vesa’s inputs could prove vital if Finnish startups and growth companies are looking to enter the Indian market.

Such a possibility also highlights the fact that the Indian startup ecosystem holds a promising future in terms of attracting foreign investors for their operations in India and abroad.