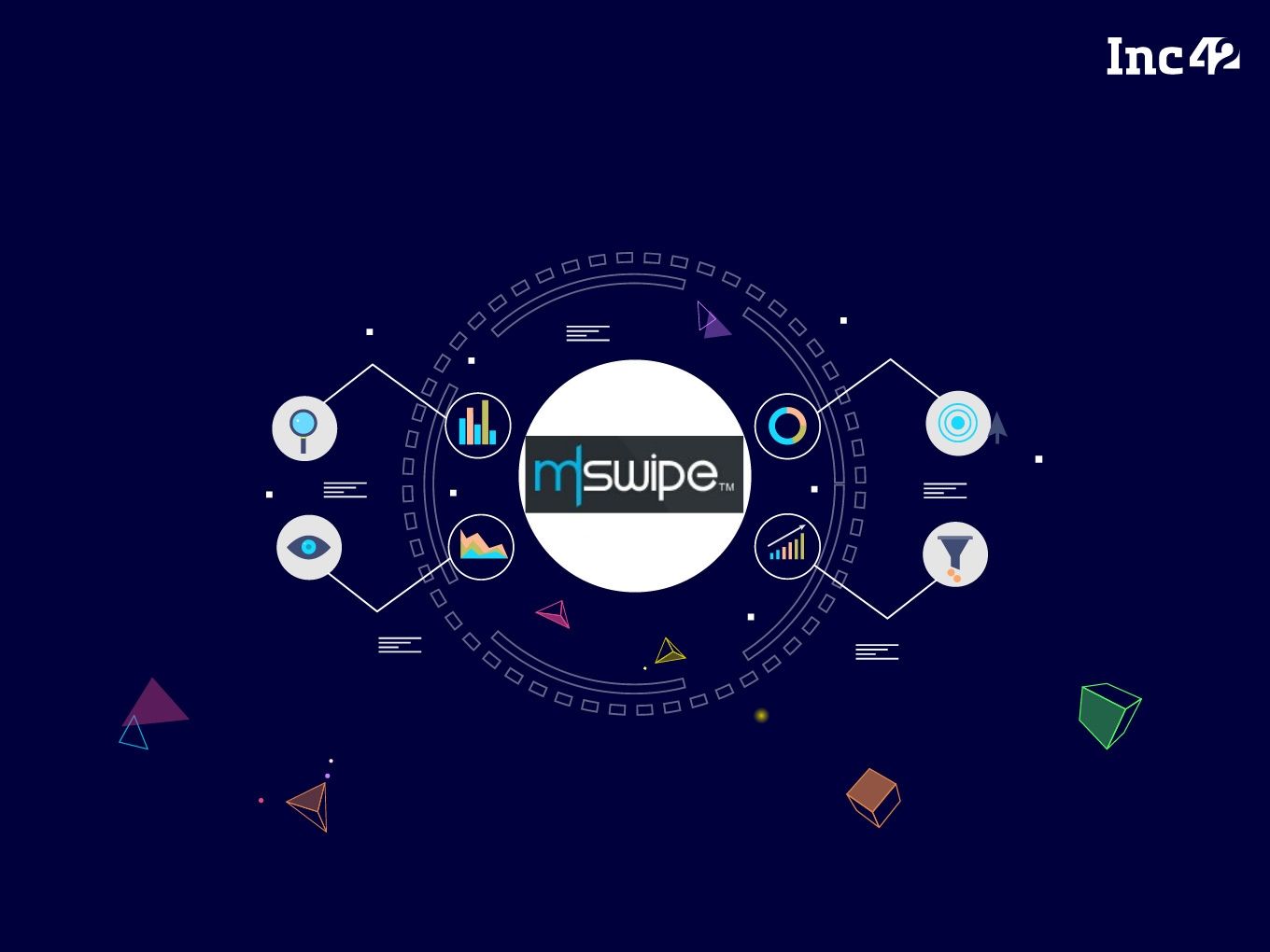 For FY20, the company aims for terminal base to grow by 40% and its transaction processing volumes to grow by 45%.

“2019 is pretty much a defining year for us,” Mswipe founder and CEO Manish Patel said in a recent interview, as the fintech company is poised to enter the unicorn club.

Patel told Inc42 that 2019 was a watershed moment for Mswipe as it ventured beyond payments and into newer territories. Its plans for 2020 involve MSME merchants and tapping this burgeoning business class to achieve the growth and revenue targets.

While Mumbai-based Mswipe has so far built its business around mobile point of sale (PoS) machines, it’s looking to go into credit-like services such as EMIs. The company has raised over $80 Mn in multiple funding rounds from marquee investors such as B Capital, UC-RNT, Falcon Edge Capital, Epiq Capital, Matrix Capital Partners and DSG Partners.

Mswipe will also be rolling out EMI services soon that will be at around one-tenth of the cost that commercial banks currently charge merchants. This would allow merchants to offer EMI payment options on many products that are traditionally not sold under such plans. Post-demonetisation, the increased adoption of PoS terminals meant that Mswipe had timing on its side.

According to DataLabs by Inc42, till 2018 Indian digital POS terminal startups raised $406 Mn in funding. Some of the notable POS terminal providers are Ezetap, Pine Labs, Innoviti, Mosambee, Phonepe, Payswiff among others.

Recently, one of the biggest players, Pine Labs reported a net loss of INR 13.5 Cr for the year, a near 6x hike.

However, Mswipe has shown better control over its losses for the financial year ending March 31, 2019. The company filings with the Ministry of Corporate Affairs showed that on a standalone basis, Mswipe has seen a 33% increase in revenue with a 24% jump in expenses and loss going down by nearly 4%.

The 10-year old startup offers end-to-end services with its smart PoS terminals and has several revenue streams. The average cost of the apps on Mswipe platform for businesses is said to be around INR 300 per month.

In its filings, the company explained that it generates revenue from transaction processing fees, sign-up fees, support services provided in relation to the mPoS terminals being installed with the merchants, sale of terminals, export and other value-added services.

We also noted that Mswipe has seen MDR grow by 8%, but this is the major revenue source bringing in INR 133 Cr. The biggest growth came in installation charges which increased 104% and support services grew 95.6%.

According to a recent note circulated by SBICap Securities, the brokerage arm of the SBI Group, the Indian retail industry has a market worth of about $710 Bn, of which close to 90% is unorganised, dominated by 15 Mn kirana stores. It added that just around 15% of these 15 Mn merchants can afford a PoS terminal, so the technology and the market are “significantly” fragmented with few large players and hundreds of small regional players.

Mswipe is vying for a larger piece of pie as it looks to go deeper in the Indian MSME market and it’s spending heavily to reach this market. The company’s standalone advertising expenses in FY19 grew by 102% to INR 2.32 Cr and training recruitment expenses grew 51% to INR 70.5 Lakh.

Talking about the increase in advertisement expenses, Patel said, “The company has started increasing focus on the usage of digital platforms and digital tools for the acquisition of merchants. This is primarily why the spending has increased.”

Even though the overall expenses have grown by 24%, it has seen a decrease in employee benefits costs which reduced by nearly 10% reaching INR 75.7 Cr in FY19.

Inc42 asked Patel if this is because of certain layoffs, but the CEO denied this. “There have been no layoffs. In fact, the count of employees working directly and indirectly with the Company has more than doubled. The fall is seen due to changes in sourcing strategy and accounting effect.”

Talking about plans for FY20, Patel told us, “The company’s terminal base will grow by 40% and its transaction processing volumes will grow by 45%.”