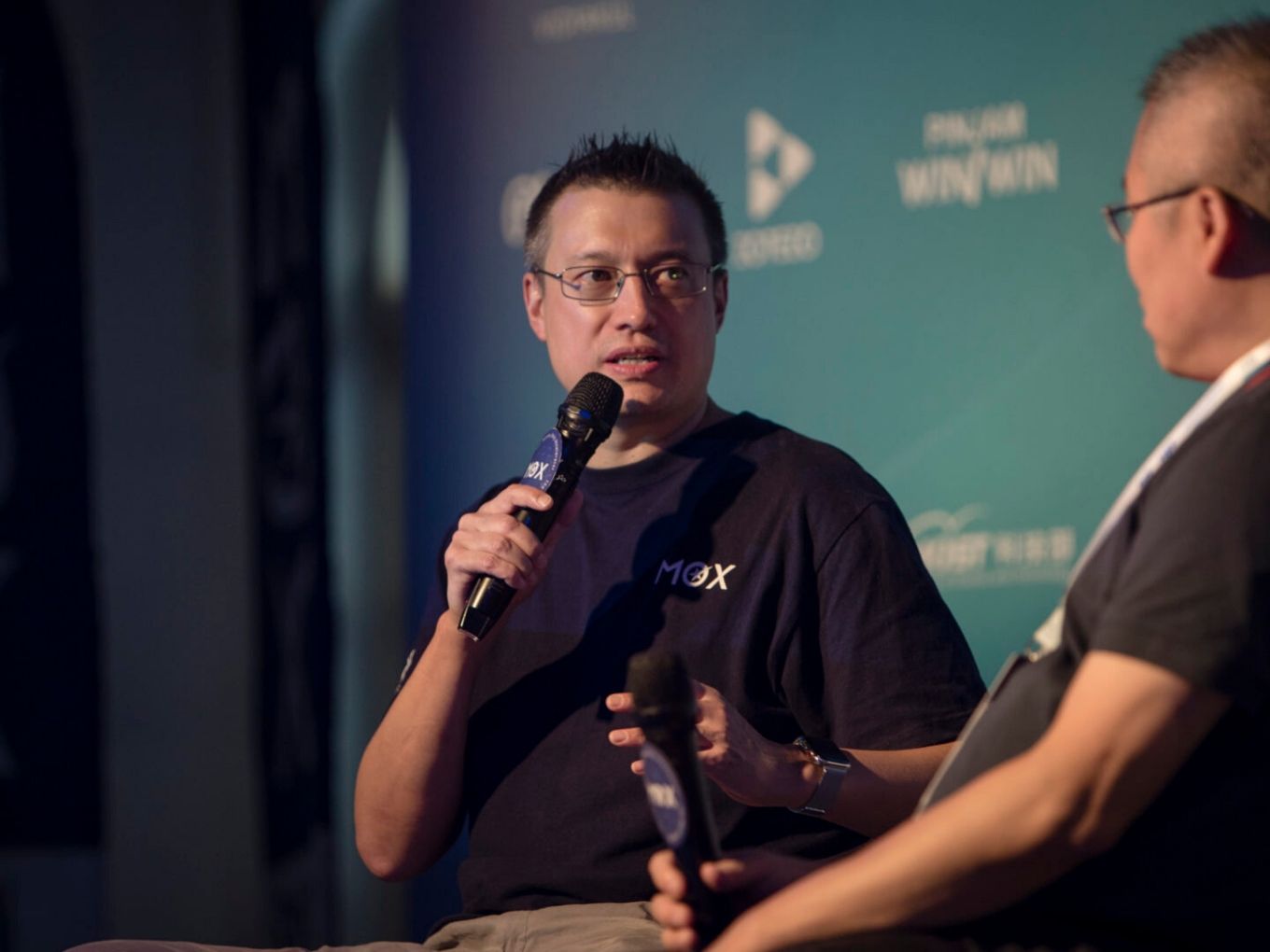 The biggest challenges in the Indian internet market is that customer acquisition is high, says Bean

India is a land of multiple opportunities due to its vibrant ecosystem, ethnicity, social and economic diversity

While the Indian tech ecosystem has evolved to a great extent, bringing in a whole wave of new-age customers, there are some peculiar issues that many startups face in the Indian market. For one, customer acquisition is a supremely expensive proposition in India, and that’s something even the wiliest of investors and venture capitalists are wary of. Like veteran investor and MOX founder William Bao Bean.

The stock analyst turned early-stage venture capitalist founded MOX as VC SOSV’s Mobile-Only Accelerator. He is one of the earlier international investors in the Indian internet market, with over 15 years of experience in investing in tech in Asia. Before starting off on his investment and accelerator journey with MOX, Bean headed Softbank China & India Holdings, an early-stage venture capital firm backed by Softbank and Cisco.

In a recent interaction with Inc42 at the SOSV MOX Startup Mixer, Bean outlined the current challenges, opportunities and growth drivers in the Indian internet startup ecosystem.

“Things have begun to blossom and bloom here in India. We have done multiple investments in early-stage startups in the country since 2016. One of the biggest challenges in the Indian internet market and across the world is that customer acquisition is high.”

He added that there is an imbalance in unit economics. “Big players like Facebook, Google and Amazon are taking a bigger chunk of that. A lot of companies that were traditionally making money from advertising, are covering their customer acquisition cost.”

“Most VCs can do the math, if companies are spending a dollar to make 50 cents, they are not going to invest,” Bean asserted.

However, Bean said that MOX, through its proprietary cross-border promotion programme, enables businesses to lower the customer acquisition cost and increase revenue. In other words, the accelerator programme helps mobile or app startups acquire users without the high associated costs and often without any costs, and monetise these users and drive higher lifetime value. Additionally, the company invests in early-stage startups and helps them raise funds from time to time.

Talking about the India opportunity for investment, Bean said “There are three sectors that make money today — gaming, ecommerce and financial services. However, gaming is still in the nascent stage in India, but in the rest of the world, it is a pretty interesting sector to make money. India is not there yet,” Bean added.

He also believes that ecommerce affiliate and financial services are a big opportunity in India due to the growing low-to-middle income population.

Having worked in China startup ecosystem for the longest time, Bean who is also the managing director of Chinaccelerator, one of the first accelerators located in Shanghai. Further, sharing his viewpoints about both the countries, said, “In China, the focus is kind of moved from a consumer to enterprise. However, in India, the focus has shifted from enterprise to consumer.”

He further said that the opportunity in India is immense as it is really about the Indian market and no more selling products and services to other countries like the US or Europe.

In China, since the consumer market is dominated by very large players, it becomes difficult to compete, Bean insisted. However, India is a mixed bag of everything — on one side you have internet giants like Google, Facebook and Amazon offering one size fits all products for the world. On the other, you have startups that are backed by Chinese investors like Softbank, Alibaba Group and Tencent, and Chinese companies like Xiaomi and ByteDance directly foraying into India, Bean explained.

This, in a way, makes the Indian business ecosystem a bit of a battleground, thereby complicating life for early-stage entrepreneurs to survive.

“The truth is, no one can compete with the elephants,” he added.

‘India Is A Cluster Of Markets’

Through a collaborative approach, MOX believes that it is building an ecosystem that encourages and promotes startups to achieve impeccable results. Through events like SOSV MOX Startup Mixer across cities in India, MOX builds that environment where industry thought leaders like Manoj Kohli, CEO and joint managing director at Bharti Airtel Limited and Sanjeev Bikhchandani, founder and executive vice-chairman of InfoEdge (Naukri.com) among others, come together to share their success stories.

Bean said that India is a land of multiple opportunities due to its vibrant ecosystem, ethnicity, social and economic diversity. “We believe in helping companies work together — advice and mentor them to be competitive in the Indian market. In fact, India is a complicated market. It is not just about the big players versus the small players. Interestingly, India is not just one market, it is a cluster of many markets,” he added

In the span of four years, MOX has done more than 55 investments across 15 countries. In India, under its mobile-only accelerator programme, the company has invested in 20 startups, including Flickstree, Coutloot, Podd, Phone Par Loan, Aptapp PTE Ltd, Phable, Clear Dekho, WhatsCut pro, Woovly, Pixtory, NewsPlus, Playtoome, Dogether, Zotezo and Vidyakal among others. Apart from this, MOX is helping ten portfolio startups from other countries to expand their presence in India.

Recently, the firm clocked $277 Mn for its fourth flagship fund, a 10% increase from its initial target of $250 Mn.

“Everybody thinks that VCs are super powerful, and they have a lot of money. But the bitter reality is that the money is mostly not theirs!”

He emphasised the above point by saying often startups have a vivid notion when they think of venture capital firms. In fact, most VC firms have general partners, where they will have a 1 to 3% stake in the fund. They get their money from other general partners and limited partners. Now, while investing, limited partners restrict these VC firms to invest in startups that have potential. “That is the reason, most VC funds are focussed on countries and regions, and lack long-term vision,” Bean added.

How is MOX or SOSV different? Bean recalled that when he started the venture capital firm SOSV (Sean O’Sullivan) in 2007, all the partners started investing in startups with their own money. “So this gave us the flexibility and liberty to invest in startups, thereby breaking the geographical barriers and scale globally — a cross-border collaboration.”

Coming to exits in the Indian market, Bean said it’s restricted by the government.

“I don’t know if it is a good thing or a bad thing. It just makes it a little bit difficult for investors to sell in the country. However, in the long run, I believe there will be more and more exits. It will take time, effort and patience for an early-stage venture capitalist.”

Bean believes most VCs and investors are trying to dump a large quantity of money to quicken the process, where they are using money as a weapon to drive unfair advantage. It has worked in China, he said, but added that there is no substitute for building a solid business with good unit economics.

“For our portfolio companies, we try to build the business first, generate revenue, and then raise money. Instead of raising money and then figuring out the business.”

There are many reasons why startups fail in India and across the world. Apart from the founders and investors getting along. Most challenges can be eliminated by focusing on companies that are backed with data.

“A lot of times, entrepreneurs focus on gut instinct, instead of data. Ideas are like noses, everyone has it,” quipped Bean.

Bean said MOX takes those ideas, tests them and make decisions based on data. “Since we are a cross-border internet platform, we don’t have 10K hours of experience to find out things by doing guesswork. We focus on data — we invest in startups backed on data, talk to customers through data, make changes that show data and then iterate quickly based on data. This pretty much solves the hassles and complications from occurring in the future.” Bean asserted.

Further concluding on a positive note, Bean said, “Startup is all about doing something that has never been done before. Therefore, you can have guesses, which is a good thing. But, you don’t want to run your business on guesswork. Instead, run your guesses backed up with data.”