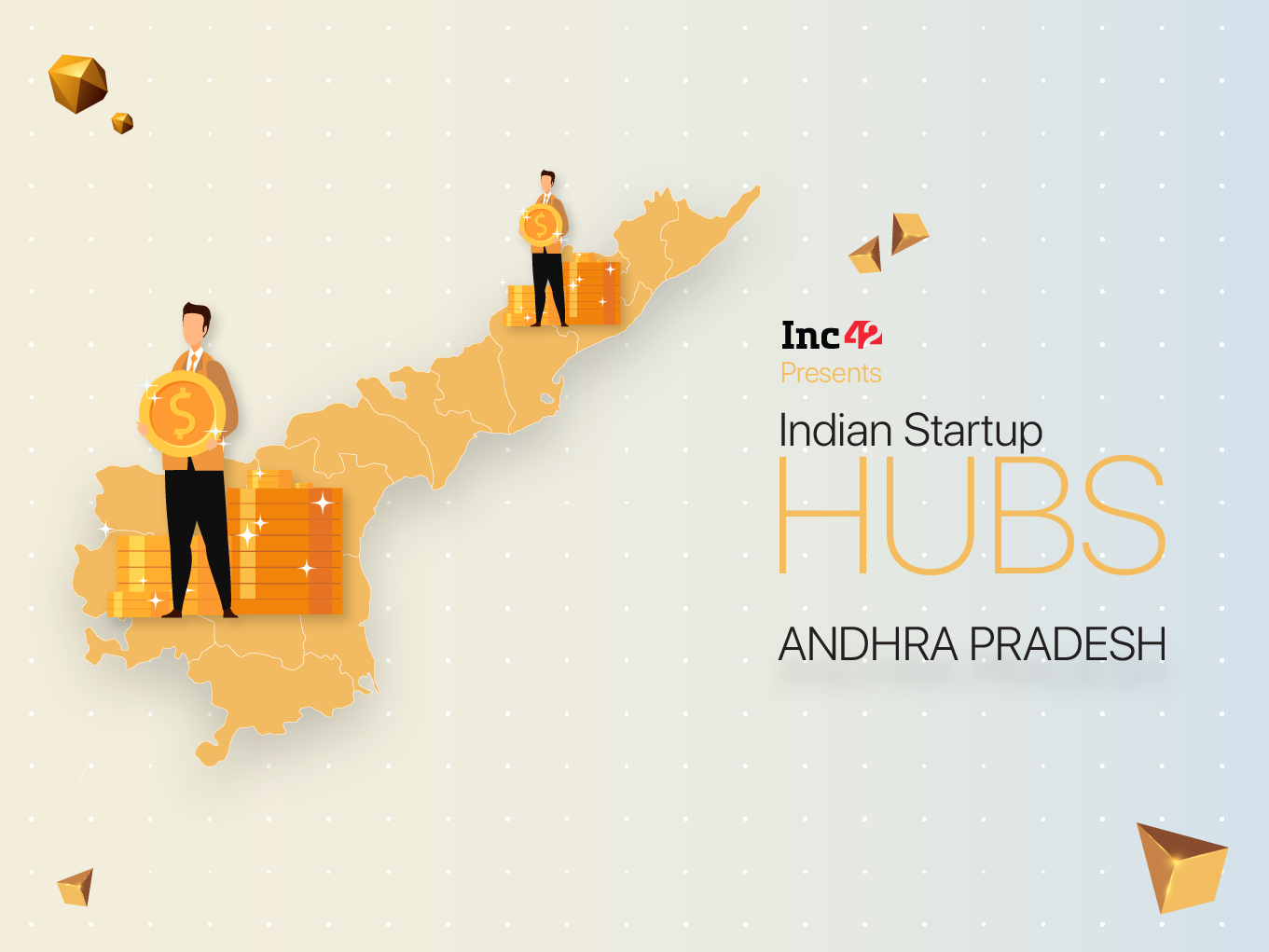 After the loss of most its resources to Telangana, AP is struggling to reach the ranks of the startup hubs of India

“If you compare the Andhra Pradesh startup ecosystem and enablers to that of Bengaluru or Hyderabad, we still lack lots of resources. We need to get a lot of incubators and other support to the city and the state’s enabler community is already putting in many efforts towards that.” – Madhav Reddy, founder, RedMad Learnings.

Andhra Pradesh (AP) had to double its efforts to help the startups after it lost the IT hub, Hyderabad, to Telangana. While it lost many of its resources during that split, the enablers of the state took up the mantle of helping the startups. Right from schools and colleges, the entrepreneurial spirit is being fostered and nurtured in the state.

These efforts have helped lift up the Andhra Pradesh startup ecosystem tremendously. One such initiative is of the T-Hub incubator from Telangana. It’s ‘Raising Young Entrepreneurs through Conceptual Research Experience’ programme is focussing on young entrepreneurs not only in Telangana but also in Andhra Pradesh.

“Even private organisations and players have played an important role. They have acted as one of the mediums through which the Government of AP got to know the concerns and requirements of the startup ecosystem. In fact, we treat them as influencers who can enable network externalities and thereby ensure a greater number of interactions between startups for collaboration,” Pranay Siddhartha K, ex-associate director, operations, APIS, told Inc42.

“Among these private organisations are names such as TiE Amaravathi, ITAAP, CII-Andhra Pradesh and FICCI”, Siddhartha added.

Here are some of the most prominent names from this community, who have helped the state in coping and overcoming the losses that it has faced recently:

“Apart from state-run incubators, most of the incubation centres in AP are based out of educational institutions, thanks to the grants by the Department of Science & Tech and Atal Innovation Mission,” Anudeep Chappa, associate director, TiE Amaravati told Inc42.

Other prominent names in the tech incubator community include NASSCOM 10K warehouse initiative. NASSCOM had a physical infrastructure in the state but in 2019, it moved out of the state and is now virtually incubating startups, helping them interact with the right individuals and businesses.

From the coworking community in the state are names such as:

Among the most prominent names in these organisations such as:

Among the most prominent investors and mentors from the state are names such as:

“Despite there being a sizeable number of angel investors, they are very much dispersed and the government is yet to conduct HNI meets to organise these individuals. Furthermore, the culture of venture capitalism is yet to be developed by projecting startups as a novel avenue for investing,” Siddhartha elaborated.

The AP Government As An Enabler

Providing startups in the state with free incubation space, market access, delegation visits to various events both within and outside India and more, the government of AP is actively trying to help startups grow.

Policies such as state’s Innovation and Startup Policy 2014-2020, which focussed on setting up incubators or accelerators, providing startups with innovation fund of INR 100 Cr and performance-linked assistance has definitely been one of the highlights.

In addition to that, the government took several other measures, such as:

However, after the change in the government, the efforts and results are yet to be analysed.

“As an entrepreneur and mentor myself, I am looking for some stability in the Andhra startup ecosystem. Right now, the nodal agency for startups APIS is also not very active, I think in the last six months there have been no events or meeting of any kind from the organisation. TiE Amravati although has hosted a few.”

“We had a government change about less than a year ago and we are yet to see what changes and reforms the new government brings for the startups in the state,” RedMad’s Reddy said.