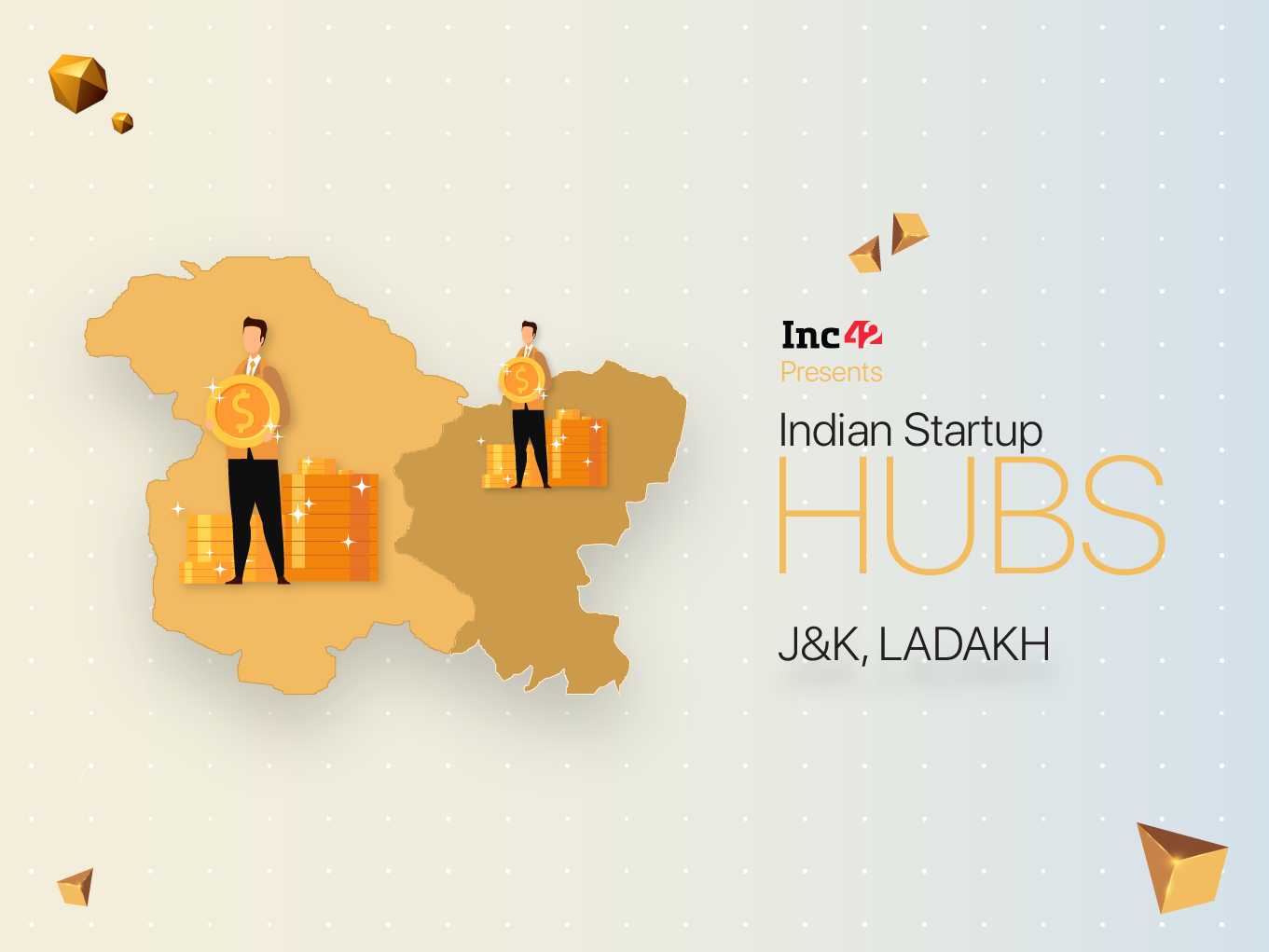 J&K, Ladakh have faced a serious crunch when it comes to investments for many months

Startups are not familiar with the concept of equity funding, said JKEDI's Irtif Lone

Prominent incubators in the region include JKEDI, IIIM-TBI and SMVDU-TBIC

‘J&K is a volatile place, Why would anyone invest here?’ asked a startup founder from Kashmir, choosing to remain anonymous.

This was a common refrain from many of the startup ecosystem enablers and founders in the former state of Jammu & Kashmir, which is now two union territories.

While the rest of India seeing jaw-dropping innovation and attracting big-ticket investments from angel investors and venture capitalists, the new union territories J&K and Ladakh ecosystem have been unable to ride this wave.

According to Rajat Rekhi, cofounder of Jammu based electronics wholesaler Ravisun, the stakeholders in [J&K and Ladakh] startup ecosystem are the startups alone and no one from the investor side is interested.

This can be attributed to the history of instability in the Jammu & Kashmir region, which has also affected the perception about it as a business-friendly destination. However, with the abrogation of Article 370, the central government has been looking to bring more investors to the region. The government is set to organise a Global Investors Summit in 2020 for the newly established union territory of J&K.

The event, which was originally scheduled to take place in October 2019, was cancelled due to the situation in the valley. But now, the government has decided to organise the summit this year in both Jammu and Srinagar. In preparation, the central government also organised a pre-summit investors’ meet and curtain-raiser was held in New Delhi on January 20. However, with only 2G services restored and the Kashmir region still not anywhere close to normalcy, is the region ready for an influx of investors and enabling organisations such as incubators and accelerators?

Bringing J&K And Ladakh On Par With India

Sahil Verma, founder of ecommerce platform PureMart, highlighted that the J&K startup ecosystem is at such a nascent stage that only entrepreneurs with experience have any chance of raising funds due to their track record, which brings investors some measure of confidence. On the other hand, new innovators and inexperienced entrepreneurs need to work doubly hard to develop a foolproof longterm plan or are likely to be left behind.

Investments from inside J&K and Ladakh region have been low as well. Most startups raise money through loans from banks or through family and friends, even though the state’s startup policy does have provisions for seed funding.

Irtif Lone, head of Centre for Innovation Incubation and Business modelling at JKEDI (Jammu & Kashmir Entrepreneurship Development Institute), highlighted that there are no angel investors or venture capitalists in the region.

Meanwhile, Saurabh Saran, of the Indian Institute of Integrative Medicine (IIIM) added that there are two-three investor organisations in the J&K and Ladakh region, but they have a very traditional mindset when it comes to backing businesses. Saran noted that the available investors look for quick returns and visible progress, which is not always possible for tech startups in the region.

Even though the existing startup policy of 2018 promises the creation of the Jammu and Kashmir Angel Network (JKAN), getting investors on board has proved to be a little hard. Ashraf Wani, founder of agritech startup Sesti, told Inc42, “Attracting investors to Jammu & Kashmir is not in the government’s hand, but it can work on other types of financing which the region lacks.”

Talking about the reasons behind investors apprehension, JKEDI’s Lone clarified that these fears are true for investors and startups. He noted that investors are worried about their returns, whereas the concept of equity financing is still unfamiliar to startups in the region. Lone added that not many startups want to give away a part of their businesses to raise capital. He added that startups in the region feel more comfortable in taking bank loans or debt finance, as an alternative to equity.

Meanwhile, a startup founder, who chose to remain anonymous, told Inc42, that looking at the instability in the Jammu and Kashmir region, even startups are apprehensive about their ability to scale and ensure returns on investment (ROI).

Lone has assured that the JKEDI is working on creating a more aware ecosystem and encouraging startups to opt for equity financing as well.

Besides that, the J&K Startup Policy, which is also applicable in the Ladakh UT, also has certain recommendations to provide finance to startups. “In order to facilitate access to investment opportunities, the Government shall encourage the Banks and financial institutions to enhance and extend their existing schemes of lending to the Startups on convenient terms (e.g. collateral-free lending, soft loans etc.),” reads the startup policy.

However, several startups have claimed that there is not any development in this department as well.

While the ecosystem is struggling for financing, incubators and other networks are beginning to appear on the scene to provide whatever support they can to keep the nascent startup ecosystem up and running.

The JKEDI has set up two business incubators in the Bari Brahmana (Samba district), Jammu and Pampore in Kashmir. JKEDI offers mentorship support, seed or early-stage funding, networking opportunities, infrastructure and legal support to new startups in the region. JKEDI’s Lone said the organisation has incubated over 37 startups across various sectors.

Started in 2015, the Shri Mata Vaishno Devi University Technology Business Incubation Center Society (SMVDU-TBIC) is situated in Katra, Jammu. This is the first-ever technology business incubator (TBI) in the erstwhile state of J&K and Himachal Pradesh. SMVDU-TBIC has been identified as one of the 68 incubators for startups under the Startup India Initiative. It has incubated over 40 startups till date.

The Indian Institute of Integrative Medicine Technology Business Incubator (IIIM-TBI) is a biotechnology incubator located in the Jammu region of J&K. The incubator offers infrastructure for drug development and animal testing, national-level fermentation facility and cGMP pilot plant. The incubator was set up by the Council of Scientific & Industrial Research (CSIR) and department of science and technology (DST).

The Central University of Jammu has set up a University Business Incubation Centre (UBIC) for tech and non-tech startups. The UBIC aims to promote startup culture in Jammu and Kashmir by facilitating fundraising, training and mentorship. The incubator’s focus areas include information technology, herbal medicine, biotechnology, agriculture implements, food processing, tourism, handicraft and handloom, among others.

The National Institute of Technology (NIT) incubation centre in Srinagar has been established to facilitate the growth of tech startups, and micro, small and medium industries in the Jammu and Kashmir region. The incubators aim to develop innovative ideas of the students, grass root innovators, entrepreneurs and other stakeholders.

Indian engineer, educator and innovator Sonam Wangchuk launched Himalayan Institute of Alternatives in Ladakh to encourage learning through experimentation. HIAL has also set up Himalayan Farmstays, a live lab where learners are trained in the Phyang village of Ladakh. HIAL is building a network of collaborative partners that will support its efforts in research, teaching, and exchange programmes.