Japanese Investors Look Towards India As The Land Of Rising Startups

Japanese Investors Look Towards India As The Land Of Rising Startups 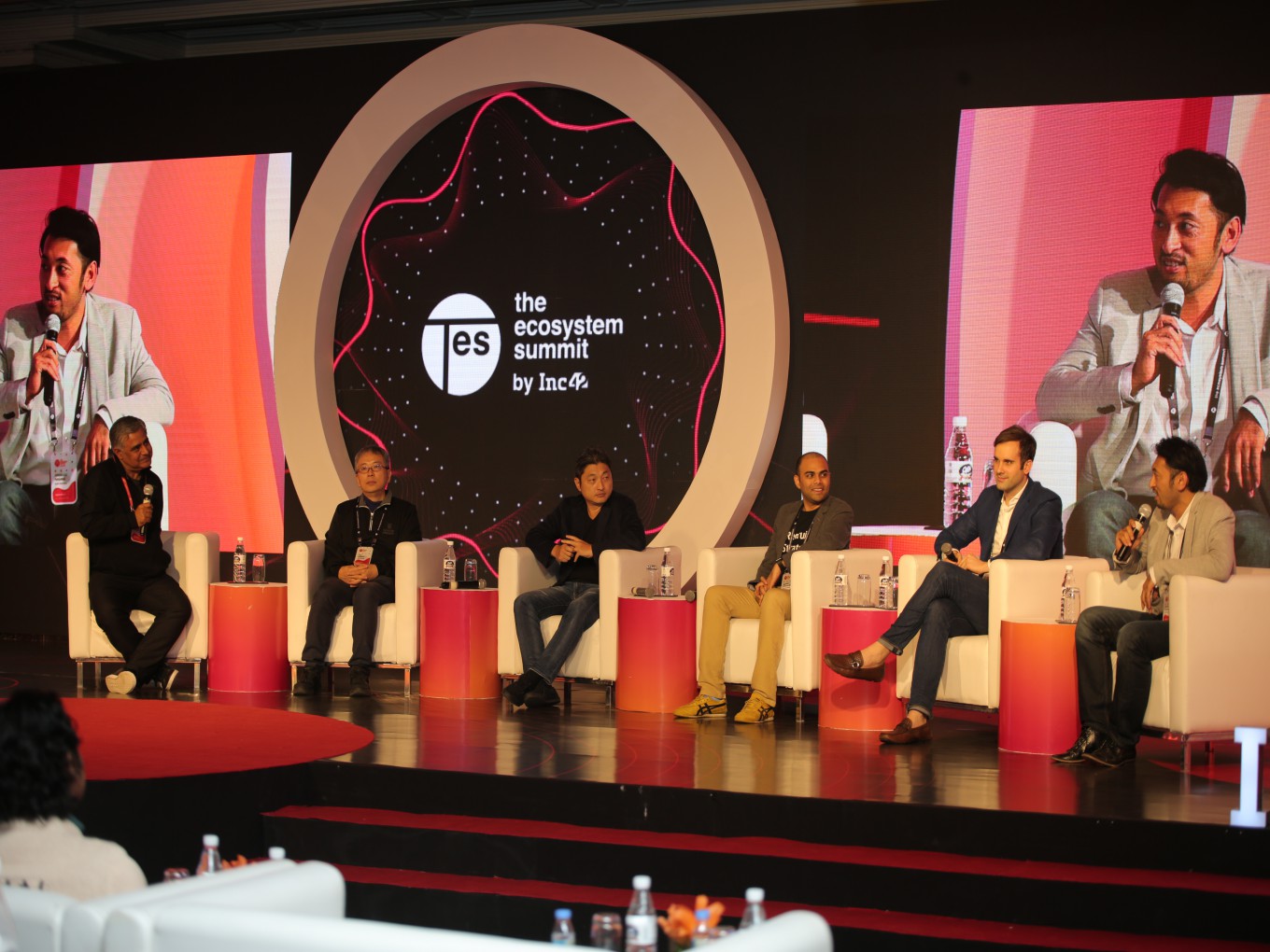 Easing regulations, the India Stack, and the UPI have made Japanese investors excited about India

India is undoubtedly one of the hottest markets for investors given its growth potential. According to Inc42’s ‘State Of The Indian Startup Ecosystem 2018’ report, the country currently has 26 unicorns (the third-highest in the world after the US and China) and many more are in the making — an indicator of how well its startups are doing.

While Indian entrepreneurs and investors are leading the charge of the startup brigade, fund infusions and the rising trust of international investors in India have gone a long way in shaping the ecosystem. Investments in Indian startups by foreign private equity and VC firms increased 96% to $16.73 Bn in 2017, an amount double that of 2016, with Japanese money accounting for $8 Bn investments in the period 2014-2018.

Not only are business ties strengthening, at the political level, too, Indian Prime Minister Narendra Modi and his Japanese counterpart Shinzo Abe are enabling their governments to work closely on a slew of projects like the setting up of a bullet train service between Mumbai and Ahmedabad.

Given the growing symbiotic bond between India and Japan, Inc42 hosted a panel discussion entitled ‘The India-Japan Connect’ at the recently held The Ecosystem Summit in New Delhi. The panel examined the existing opportunities between the two nations and how their ecosystems can benefit from them.

Mashiatsa spoke about the time when he was contemplating investing in India back in 2015 and found many reasons to do so, like its population demographics, talent, etc. He remembers being especially impressed by the Indian government then and added that the impression has continued in the following years as some of the bottlenecks for Japanese investors like visa, tax issues, etc, have been smoothened out.

Mashiatsa added that a few weeks ago, he got a chance to meet Modi during the latter’s tour of Japan in November and even said hello and shook hands with him. “He’s got a very strong handshake,” quipped Ebihara, who was also present at the meeting with Modi.

The panellists concurred that the increasing interest of Japanese investors in India was a result of their growing confidence in the Indian economy — which is going strong — and the ongoing policy reforms in the country. They pointed out that an increasing number of Japanese corporates are acquiring startups — whether directly or through their venture capital divisions — motivated by these factors.

The panel also lauded the Indian government’s initiatives, such as the India Stack, a set of APIs that enable development of payment apps and the unified payments interface (UPI), as exemplary.

The quality of founders is unprecedented and if you talk about UPI and India Stack, it shows that the government is not afraid of doing things that no else is doing in the world, said Milojko Spajic, founding partner, Das Capital

These technologies have helped support payment apps such as PhonePe, Paytm, BHIM app, MobiKwik, Airtel Payments Bank, and Google Pay. The number of UPI-based transactions in India crossed the 500 Mn mark in November. India has also achieved the second-highest fintech adoption rate of 52%, behind only China (69%).

According to Sawhney of Innerchef, most Japanese investments are made during the early and the late stages of funding but there is a lack of participation in the middle, which poses a question about how some of these Japanese investors are going about their investments.

Ebhihara explained the scenario using his company as an example: “Typically, we lead the round with local investors. In Series A rounds, we see American investors dominating and in Series C, we have a majority of Indian investors participating.”

According to Ebhihara, Japanese corporates are coming in the Series D stage and they are not just IT or other famous Japanese companies like Dentsu, Sony and Hitachi. For example, Murata Manufacturing, the largest device manufacturer in Japan, acquired US-healthcare equipment startup Vios Medical for about $102 Mn, but it’s interesting to note that the founders are both Indian and the product was, in large part, built in India.

Mayank Shiromani, VP, Recruit Holding, a human resource technology company that owns job websites such as Glassdoor and Indeed.com, said that more than the stage, his company’s business philosophy is driven by a desire to have a network of small businesses and customers in a large market before any acquiring decision is made. Recruit Holdings works with startups to help them become successful enough for the company to consider making them a vertical of their business, he added.

“We look at internet marketplaces in a big way. Our venture capital activity in India is an extension of the corporate venture fund of Recruit Holding. We currently have close to 11 portfolio companies in India and see the country being a strategic market over the long term (think 2030),” said Shiromani.

Spajic, a founding partner of Das Capital, an investment firm based in Singapore, believes the India growth story is set to see some “solid growth”. This is why his company has made investments in startups such as Drivezy ($20 Mn).

Spajic explained that his optimism stems from his estimation that the price of crude — a commodity the Indian economy is heavily dependent on and imports in huge quantities — will not be high in the next three-four years. He added that the current Indian ecosystem is seeing a lot of startups and other companies sharing their experiences, talking about problems and solutions openly, and that kind of atmosphere creates the best business models.

Talking about entrepreneurship, the panellists urged Indian entrepreneurs to aim high, think global and set a goal to be No. 1, whether it be domestically or elsewhere.

The panel discussion reiterated a popular notion about Japanese money — that it is patient capital, where returns are not viewed from a short-term horizon but over a long period, which can go up to a decade.

They say that the early bird catches the worm, but as has been made evident by the Japanese, it’s time to also add the word patience to that saying.