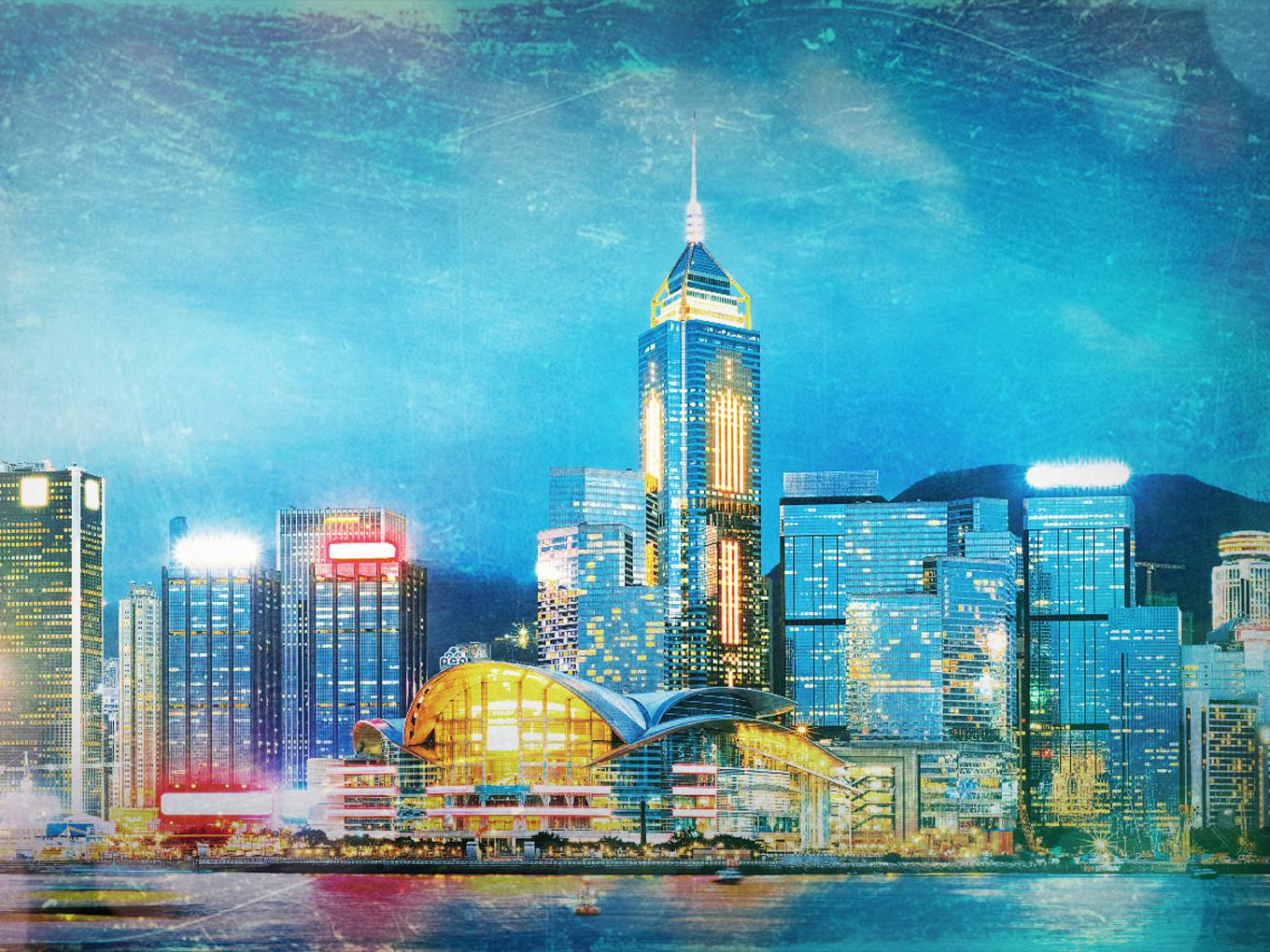 Based on SARS experience in 2003, HK economy to bounce back soon from coronavirus impact, he said

Originating in Wuhan, China, the Covid-19 disease (commonly known as coronavirus) which has affected over 75K people, caused 2.1K deaths across 28 countries mainly China has given a serious jolt to the Chinese economy and the world’s tech industry. It has adversely affected the global economy as well across tourism, logistics, airlines and automotive sectors, beyond consumer tech.

Hong Kong which made quite a buzz across the world due to the large-scale protests in 2019 is now dealing with a host of Covid-19 cases. As a result, the StartmeupHK Festival 2020 which was supposed to be held on February 10, has been postponed.

With no sales tax or value-added tax, no withholding tax, no capital gains tax or estate tax and just a meagre corporate tax rate of 8.25% for startups making profits for the first HK$2 Mn, Hong Kong, has emerged as a tax haven market for startups in the last few years despite being the world’s most expensive city for expats by some estimates. Also, the free trade policy, free port status and its proximity to Mainland China and other Asian countries and its status as a global fintech hub has led many India startups and companies including Freshworks, Zoho, InMobi, Paytm and OYO to expand their operations directly or through JV in the city. The double taxation avoidance agreement (DTAA) with China also makes HK an attractive destination for startups.

According to Euromonitor International, Hong Kong is one of the most digitally-equipped cities, with a staggering 232% smartphone penetration and 176% growth in internet subscriptions in 2017. This makes Hong Kong a strong market for Indian tech startups, which are struggling to penetrate deeper into the Indian market.

So what opportunity does Hong Kong offer to Indian startups? And what has been the real impact of Covid-19 and the ongoing protests against China on Hong Kong’s startup ecosystem?

Inc42 spoke to the Invest Hong Kong director general Stephen Phillips to find out, and understand how Indian startups can harvest this opportunity.

Inc42: Given that Hong Kong is a small market and an expensive city for day-to-day living, what exactly is the opportunity that Hong Kong offers to Indian startups?

Stephen Phillips: If we look at Hong Kong, and particularly at the startup scene, we’ve got a really vibrant startup ecosystem. The number of startups over the last two years has grown by 43% to over 3,000, while the jobs created by those startups have grown by over 100% over the last two years, so we’re seeing this rapidly developing ecosystem. I think what’s also relevant to Indian startups is how international the startup scene is in Hong Kong. Around 35% of all startups have got international cofounders onboard. These startups are coming in from multiple sectors, and are technocentric and innovative in nature.

It’s true that the Hong Kong market itself is relatively small. And we’ve got a population of 7.3 Mn people. However, there is a big opportunity for B2B startups. There are big world-class local companies, international companies as well as Hong Kong capitalists. On the consumer side, of course, 7.3 Mn is relatively small but they are affluent.

Inc42: But for startups looking to expand overseas, the cost of living plays an important part in the decision.

Stephen Phillips: Hong Kong is much more than just Hong Kong. Hong Kong is well connected to the Mainland [China] as well as the whole of Asia. And companies set up their businesses in Hong Kong for not just the Hong Kong market. On the question of costs, it’s true, Hong Kong is an expensive city. However, for early-stage startups, there are a lot of coworking spaces in Hong Kong. These are very cost-effective. This could be as low as $300 for a desk.

There are a number of options. And within publicly-funded infrastructure in Hong Kong, for instance, the Hong Kong Science and Technology Park and Cyberport offer very cost-effective accommodation.

Inc42: In my previous conversation with Invest HK’s associate director, the HK Innovation Fund was brought up. What’s the funding allocation in this regard? Is it open for overseas startups too?

Stephen Phillips: Yes, the government has continued to allocate more and more funding on the innovation agenda. In fact, a total of the HK$100 Bn which is around $12 Bn has been allocated over the last few years to support the development of the innovation in four key areas — AI, robotics, fintech, smart cities and biotech. The nature of this funding varies from grants, match funding to funding for research and innovation. The exact amount that companies can get is based upon the precise nature of the business that they’re going to undertake in Hong Kong.

The prerequisite is obviously, that they have a business that’s operating in the city. The funding is available to companies from anywhere so that there’s no discrimination between a local company and an international company, provided the company is operating in Hong Kong has set up a legal entity in Hong Kong, employing people in Hong Kong.

Inc42: At what stage of the life cycle, does the Hong Kong ecosystem seem most suitable for Indian startups? Which are the best market-fits for them?

Stephen Phillips: The bulk of international early-stage startups are really in a growth phase. Although there are incubator and accelerator cohorts running that entrepreneurs apply at very early stages, it’s normally in the growth-stage that we see this.

There are huge opportunities in fintech, biotech, life sciences, cybersecurity etc. Like India, it really is quite broad. And I think the thing for companies here to bear in mind is that the economy in Hong Kong is quite mature. So in many ways, it’s similar to the US or Europe.

Hence, the needs of both businesses and consumers are at that sort of high level in terms of the quality of the technology and the applications.

Inc42: In what ways does Invest Hong Kong intend to help Indian startups looking to enter the Hong Kong market?

Stephen Phillips: Invest Hong Kong comes under the Hong Kong government. It aims to help international companies to set up their offices in Hong Kong and grow. We have a team in India who would normally have the initial dialogue with the company.

We help them in identifying the business opportunities in Hong Kong, help them through the entire setup process. Setting up the company is incredibly straightforward here. You can do it online and within 24 hours, you can have company up and running.

From regulatory issues to finding the right location and local talent, our team extends in-depth advice to interested companies. They also advise startups on the funding schemes that would be appropriate for them. It’s also very tailored to the individual needs of each business.

Inc42: Coronavirus/Covid-19 has badly affected the Mainland. What’s the situation in Hong Kong and how is Hong Kong government dealing with the issue?

Stephen Phillips: Obviously, coronavirus is a challenging issue. Hong Kong has taken a number of steps to limit the transmission. Currently, we have imposed a number of restrictions in terms of cross border flow, cross-boundary flow between Hong Kong and the Mainland. And that’s really designed to limit transmission in Hong Kong. And so far, there are about 15 cases (as on February 4, 2020) in Hong Kong. So, relatively speaking, the government and health authority are working very hard to limit the impact. And the government has also taken the steps on an interim basis to get civil servants to work from home where possible. The private sector is also following the same model.

However, it might take some time before things are under control. As you may be aware, Hong Kong back in 2003, also was affected by Severe Acute Respiratory Syndrome (SARS) disease, and through that experience, there are a number of steps already in place. Once everything is under control, the economy will bounce back very quickly.

Right now, it’s a challenging time. But, I think for businesses, it doesn’t mean that you need to stop planning what you’re going to do. So doing the preparation, now is no bad thing.

Inc42: Hong Kong has also been witnessing one of the longest protests in its history. What’s been its impact on the market?

Stephen Phillips: You’re right, Hong Kong is seeing many protests over the last eight months or so. And, in addition, there’s also been some violent incidents. The government is working with the police and is working very hard to restore the law and order. Since last month, we have seen an abatement both the protests and the violence. And the work is ongoing in terms of the government engaging with the community to address the underlying issues.

Inc42: Does this worry expats in terms of safety and security?

The media attention on Hong Kong due to the protests has probably amplified the reality of the situation on the ground.