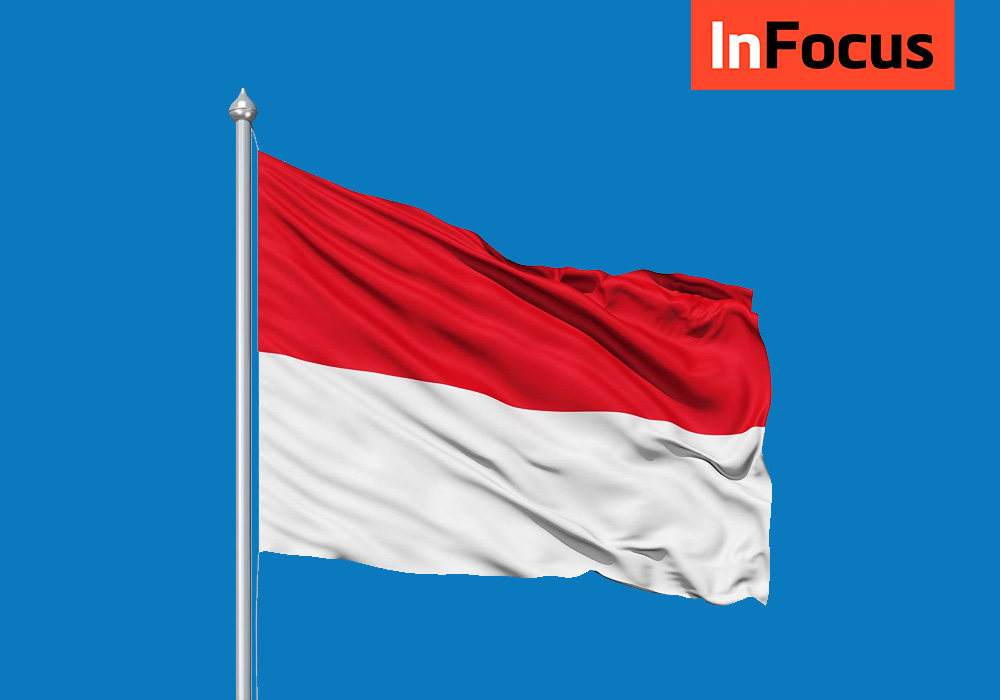 A consolidated view of the government policies for Indonesia’s tech sector.

The twenty first century has seen Indonesia emerging as one of the tech giants of Southeast Asia, the fastest growing market that has established its place amongst emerging economies. With rapid growth, fundraises as big as GoJek’s $550 Mn in August 2016 and Tokopedia’s $147 Mn in April 2016, the entry of tech stalwarts like Jack Ma with Lazada’s acquisition, and a tremendous increase in the number of startups and SMEs, the country is gearing itself to compete head on with tech majors like the US, China, and India.

The nation is on the edge of an online revolution – fuelled by the rising mobile-first ecommerce, a younger middle class with a rise in spending capacities and the fact that it is one of Asia’s largest populations at 255 Mn. Ecommerce ventures like Matahari Mall and Qoo10 Indonesia are capitalising on these changing patterns and the potential of ecommerce in Indonesia has already tempted many players including East Ventures, 500 Startups, Indosat, and Mountain Kejora Ventures, both foreign and local, to enter the market. On top of that, the country also witnessed the birth of its first unicorn last year, with GoJek rising to unprecedented heights.

More than 95% of the country’s businesses are startups or small enterprises. They now form an integral part of its development trajectory and are significant contributors towards the country’s rising GDP as well.

For a new venture to succeed, in a country where the number of potential entrepreneurs is rising by the day, the role of administrative bodies and government policies towards boosting the emerging tech sector and other financial institutions, becomes very crucial. If done right, it provides startups with that initial support that can ultimately lead towards bolstering their entrepreneurship journey right into becoming a billion-dollar unicorn.

Inc42 attempts to study the role of the Indonesian government policies and other administrative ventures and policies for startups, that were initiated with an aim towards creating a nurturing ecosystem for them to grow.

Tough Love: The Tussle Between Government And Startups

In 2015, Indonesia’s Minister of Communications and Information Technology, Rudiantara, made an announcement where he said that he would attempt to raise $1 Bn from local conglomerates to invest in Indonesia’s IT startups. According to the Tech Minister, the agenda was not just to raise funds for local companies, but also to convince homegrown and local conglomerates, that had been traditionally investing in foreign ventures to turn around and consider investing in Indonesian companies as well.

Recently, under the new Indonesian government policies, it has also mandated new rules for startups in various sectors, focussing especially on the transport and ecommerce sectors. In March 2016, taxi drivers started protesting against the new technology driven ventures who were responsible for disrupting their business. To this end, in April 2016, the Ministry of Transportation of Indonesia issued a set of regulations for taxi companies, car rental services, and ride-hailing apps, thereby formulating a sphere where they could operate in their own domains, without hampering the others.

The country’s President, Joko Widodo, in June 2016 also launched an initiative called ‘1000 Startups Movement’. The initiative aims to foster 1000 startups by the end of 2020, the total valuation for which is expected to be around $10 Bn. The programme is planned as a plethora of workshops, hackathons, bootcamps, and incubation programmes that will be carried out across ten large Indonesian cities in the coming year.

When launched, it was planned to take off from Jakarta, Yogyakarta, and Surabaya in the months of June to September 2016. Following that, from September to December, the plan was to expand it to Bandung, Semarang, and Malang. By early 2017, the programme is expected to arrive in Medan, Pontianak, Denpasar, and Makassar.

It has been launched as part of the strategic partnership between Indonesia’s Ministry of Communication and Information Technology and Kibar, a tech startup ecosystem facilitator. Ultimately, the vision is to create 200 new startups across the 10 cities, every year, starting now – which would lead to 1,000 startups by the end of 2020.

As part of the drive to launch creative initiative for startups that boost motivation and the spirit of entrepreneurship, under this Government policies, it has launched HUB.ID, a peer-to-peer platform where entrepreneurs and investors can connect with each other. In addition to that, the administration has also appointed four ministries to coordinate all entrepreneurship related issues in Indonesia.

Joko Widodo aims to foster startups and lead Indonesia towards becoming a flourishing startup destination and aims to use technology to galvanise the economy. The president, teamed with his administration plans to allow full foreign ownership of ecommerce businesses, part of a dismantling of barriers in some industries that previously had investment restrictions.

Additionally, a few government policies also plans to establish a dedicated section within its main stock exchange to host initial public offerings by startups, as Indonesia chases its vision to become the hub of technology ventures and aspiring entrepreneurs. It wants to set up a new trading market, that will be called ‘technology board” – at the Indonesia Stock Exchange with an aim to ease the process for founders and investors to take their companies public in an easier way.

With the advent of globalisation and increasing foreign investments that have been pouring in the country, the Indonesian government policies have initiated a startup incubator programme that aims to foster growth opportunities for local homegrown SMEs. To this end, the Ministry of Cooperative and SME has decided to take measures for the regulation of incubator programmes for startups.

The government has implemented this programme in order to promote local entrepreneurs and provide small business starters opportunities for establishing a business. The Startup Incubator programme also focusses on the telecommunication and technology industry. According to a report by GIV, the programme aims at bridging the gap between entrepreneurship and business mentoring in the communication sector.

With an aim to provide small business owners with necessary financial assistance, the government of Indonesia has launched PENSA (Program for Eastern Indonesian Small and Medium Enterprise Assistance) in collaboration with the International Finance Center (IFC). IFC is an international organisation which helps SMEs by providing them with a slew of financial solutions.

The Indonesian Government’s objectives behind the project are:

In order to maintain a balance between local and foreign investors, the Government of Indonesia has released a “Negative Investment List” in 2016. The list mandated ventures/areas that are restricted for foreign investors in order to provide a platform to homegrown, Indonesian business owners for establishing their business.

These limits range anywhere from zero percent to 95 % ownership allowance. Since ecommerce is Indonesia’s prodigal son, online retail becomes a very relevant point of entry into the implications of the Negative List, since ecommerce will likely lead the growth in online businesses. As per the list, foreign investors are restricted from investing their money in online businesses such as Lazada (pre-acquisition) and MatahariMall in Indonesia that hold inventory or execute direct sales.

However, interested investors can also get around this by investing in companies classified as web portal companies that serve only as a platform for connecting merchants and buyers, like Tokopedia. However, the list was revised to relax foreign investment limitations in a number of industrial sectors like telecommunication and technology. But as per this report by Asian Review, a number of major ecommerce players expressed their dismay over the heavy taxation and restrictions which were imposed on them according to the list.

It’s fair to say that startups are flourishing in Indonesia, the fourth-most populated country in the world. Owing to a rapid Internet adoption rate and an online market that is still relatively untapped and unformed, the country is moving forward at a pace that was not anticipated by the government itself.

A venture cannot grow in isolation. It requires partnerships, support, and that initial push from the regulatory bodies in the country for that magic to happen. Asian compatriot, India has understood it, so has Singapore. Startup India Movement being the proof, and countless other measures that have been taken up by the Indian government here. Singapore’s tech scene too has become investor and startup-friendly as the government launched a series of policies and initiatives for the same.

But the Indonesian entrepreneurial ecosystem also requires the government to approach the problem of inadequate infrastructure in a very nuanced way, as to promote entrepreneurship, investment, and technical support.

According to CNN, the world is watching Indonesia as one of the “fragile five” emerging economies. The regulatory authorities have launched a variety of initiatives and under the current President’s regime, the situation looks hopeful, as he tries to build a ‘’vibrant tech scene in Indonesia.”

The sky’s the limit for Indonesia’s tech landscape, and if provided the right support, there’s certainly seems to be no stopping it.