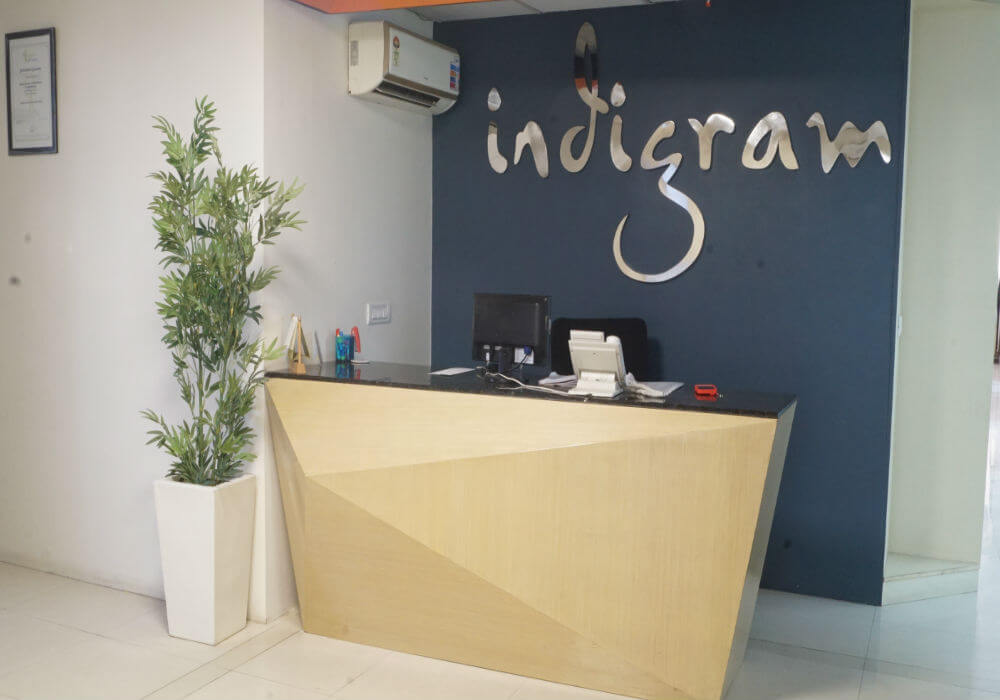 Equipped With 18 Years Of Experience With Startups, Indigram Labs Has Incubated Startups From 18 Indian States

India is today the third largest startup base in the world as per a NASSCOM report. As per the Inc42 Indian Tech Startup Funding report, India sees two startups funded on an average every day.

With the glamour of entrepreneurship entering even the Tier II and Tier III cities, it is but only inevitable that startup incubators are in dire requirement. One such initiative is taken by Sunil Khairnar with his New Delhi-based incubator Indigram Labs which was founded in 2016.

Indigram Labs is a technology-based incubator with a vision to promote creativity and innovation in agriculture, renewable energy and rural healthcare industry. Indigram, as a group, has been around for 18 years and has promoted as well as incubated as well as exited multiple ventures in these years.

The incubator aims at fostering and nurturing viable business ideas through the process of consulting, mentoring, prototype creation, leveraging technology tie-ups and access to platforms that yield the stated results.

The duration of the incubation period ranges from three to five years. Currently, it is incubating 15 companies and accelerating three companies.

In Inc42’s constant and concerted endeavour to bridge the gap between startups and their enablers, we bring to you the story of Indigram Labs.

According to Indigram Labs founder Sunil Khairnar, over 60% of India’s population is dependent on agriculture as their livelihood and this fact alone creates a huge scope for agritech startups in the country.

Therefore, the Indigram DNA is rooted in rural development with a focus on agriculture development, entrepreneurship, skilling and rural healthcare being their focus areas for it.

In the recently concluded Union Budget 2018, the Government of India has proposed to double the incomes of the farmers by 2022. Thus, to provide thrust to the ongoing wave of farmers’ emancipation, Indigram Labs is attempting to play a similar ingredient to promote the work by focussing on new technologies and innovation in agriculture.

How Indigram Labs Is Building Its Route Step By Step?

Laudably, the host institution of Indigram Labs which is by the name of the Indian Society of Agribusiness Professionals (ISAP), has set-up more than 1,800 agri-based ventures through its ACABC programme and is currently promoting 250 FPOs. This experience became the seed for entrepreneurship development through Indigram Labs.

In the light of the endeavours forged by Indigram Labs, it has received the participation and encouragement in the form of various strategic partners. The Department of Science and Technology, GOI, is providing the organisation with all the necessary support through funding and mentoring.

Here are some of the initiatives taken by Indigram Labs to create scalable startups:

Speaking on the diversity of the team with Inc42, founder Sunil Khairnar says, “I have been working in the agribusiness, commodities and development sector in India for more than 24 years. The Indigram Labs CEO, Dr Manisha Acharya, has over 15 years of experience in the incubation ecosystem development and innovation management and in Corporates at various levels. Whereas our host organisation i.e. ISAP  has around 50 agribusiness experts in various verticals who help us in mentoring our incubatees.”

The Roadmap To Meet Incubatee For Indigram Labs

Indigram Labs has a robust way to reach out to the budding entrepreneurs. Its host institution, ISAP,  has a very large physical presence across the country in 18 odd states.

Sunil claims, “The institution also has a very large digital media presence with its Facebook, apps and WhatsApp groups being able to reach around 400,000 professionals, entrepreneurs, students, farmers, etc. with a vast majority of them being youth.”

“At Indigram, we follow rigorous identification and selection process, followed by proper mentoring and business capacity building. We ensure that our incubates get access to appropriate technologies and essential funding, thus creating a market-ready incubated venture.”

So for Indigram Labs, the challenges are rather inspiring than daunting. Sunil provides the example of an incubatee Better and Boon’s Pvt Ltd. which is an end-to-end Fresh Fruits and Vegetables Supply Chain Company and Indigram labs sourced the startup from the Tier II city of Agra.

Commenting on Indigram Labs’ success, Sunil says, “What makes Indigram Labs successful is the wide reach of its host organization ISAP which has more than 300 dedicated employees spread across 25 field offices and 18 states of India.”

The Existing Challenges In The AgriTech Startups Landscape

Despite the growth in the enterprises, there are still challenges in abundance that are required to be overcome. Some of the challenges which Indigram Labs have come to observe through interaction with various startups are: access to technology-based facilities, expensive and sophisticated machinery required to reach POC, fundraising for prototype development, etc.

“Another incubatee, Intello Labs Pvt. Ltd. has developed an artificial intelligence based solution to which may be a game changer for the commodity trading in India via e-NAM and other online platforms that are coming up in the output side of agriculture in India,” adds Sunil.

In India, where talent is sprouting amidst the barren lands of poverty and policy as well as infrastructure deficiencies, perhaps the biggest driver to encourage a good idea is empathy. But the coming of incubators in India has given much more than that.

Incubators in India are currently housed through various institutions like universities and institutions. Considering the limited number and reach, startups have a difficult phase to even get a glimpse of their attention.

Although the journey is prolonged and challenges galore, entrepreneurs in India are convincingly the missing link between developing India and developed India.

In his final message to the budding entrepreneurs, Sunil concludes, “Entrepreneurship is a beautiful journey and one who embarks on this path has to be prepared to stay on the course for at least a decade before he or she can expect to make a significant impact or change.”

Indeed, insightfully put and Indigram Labs gives the concrete reality that entrepreneurship needs focus, perseverance, the balance of mind through tolerance and acceptance of people and situations and an overarching vision that enables them to achieve the former. These and only these make a successful startup.