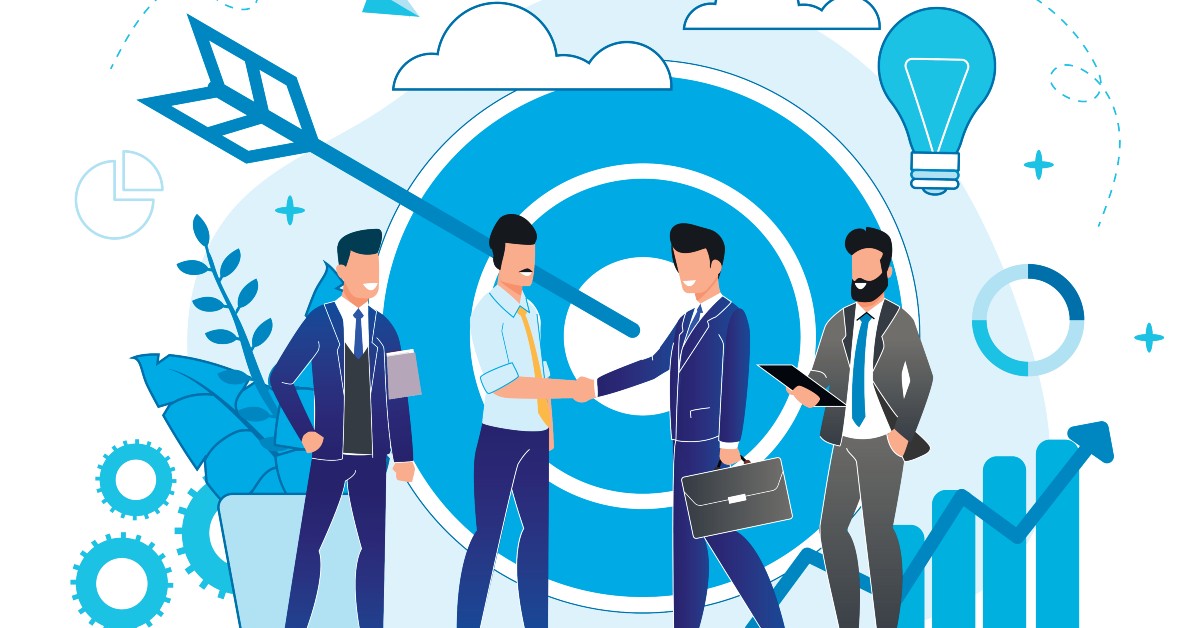 Google Accelerator has now expanded its focus on tech sectors such as fintech, healthtech, AR/VR for the Indian market

Startup accelerators and incubators are seen as catalysts for young startups, helping them grow faster and stronger in months—- with the capital, branding and ideating support. Any successful startup economy is heavily reliant on a robust enabler ecosystem that can nurture new ideas with big potential. While on the one hand, the world has programmes such as Y Combinator which have gained huge pedigree, there are also models that focus on identifying ideas and startups that complement the bigger vision of a brand — largely corporate accelerators such as Microsoft for Startups, Google Accelerator, Cisco LaunchPad, JioGenNext accelerator programme, Oracle Startup Cloud Accelerator, Amazon Launchpad etc.

However, the pandemic has now shifted the dynamic relationship between startups and accelerators. From a hands-on approach to mentoring, guidance, product support etc in the pre-Covid19 era, the accelerators have now been forced to reset their own operations while helping portfolio navigate through the pandemic as well.

Along the same lines, Google launched an accelerator programme in 2018, now rebranded to Google for Startups. It also launched a playbook for startups to face the Covid-19 challenge, as a compilation of strategic frameworks as well as practical advice for startups in the wake of the pandemic.

“Things are going to be difficult, and we should also expect that these scenarios would exist for the next 18 to 24 months, it’s not going to be a short while before all of this kind of recovers,” said Sami Kizilbash, program manager – developer ecosystem, Southeast Asia at Google.

Startups In The Post-Covid World

Along with Paul Ravindranath G, program manager, Google for Startups Accelerator India, Kizilbash explained that Google is revamping its accelerator programme to fit into Covid-19 world and helping its startups at the same time. Ravindranath added that the company had over 60 graduates of this programme and it’s been a big inflexion point at this point in time. “But what that support, and that help, and that mentorship looks like going forward is actually going to look very different. And I think the theme of our accelerator also has gone through a change in scope,” he explained.

The accelerator has expanded its focus as well. At the crux, the idea remains to find startups that are solving for India, and using artificial intelligence, machine learning and cutting edge tech. But the company has now expanded its focus towards categories like fintech, healthtech etc.

“I think it’s important for us to look at supporting startups, through the post-Covid world looking at the new areas that are emerging where startups would begin to start looking at adapting and solving for. So I think this is one of the big changes that we have made in the scope of our accelerator in order to support the realities around us,” Ravindranath added.

The company has also been reimagining how accelerator support looks like. For this, the firm has looked at its existing programmes and realised what are the essential impactful or valuable moments for startups. This, Ravindranath said, included one-on-one mentorship or bootcamp.

“So, we have had a strong engagement with founders and the programs, virtually, and it has worked pretty well, but now we will be completely virtual, and that comes with its own learnings and own challenges,” he added.

Ravindranath added that the programme is using insights from its alumni and mentors to rebuild new ways to engage these companies. “I am really looking forward to the accelerator class in August because we have highlighted a lot of approaches in the virtual engagement plan that we want to validate through the first one and it’s going to be a learning experience. We will try and keep evolving, fail fast, even in our support models and engagement plans for the startups,” he added.

The New Challenges For Innovators

Talking about the market opportunity present currently, Ravindranath said that this would include healthcare— telemedicine, remote work etc, which is going to be a big part of how people move forward with work in general.

He further added that finance and financial inclusion, online education and mental health, which has been a challenge. “During these times, people working from home or in other contexts of work and home mingling, and generally the economic situation being challenged, a lot of people are dealing with different kinds of feelings and emotion so we see this as an area that will require a lot of solutioning,” Ravindranath explained about mental health solutions.

He also noted that other emerging tech areas like AR and VR conferencing will also bloom because the event industry and hospitality are affected and wondered how that industry might evolve. “AI-based diagnosis fever detection etc is among possibilities and opportunities ahead of us,” he added. 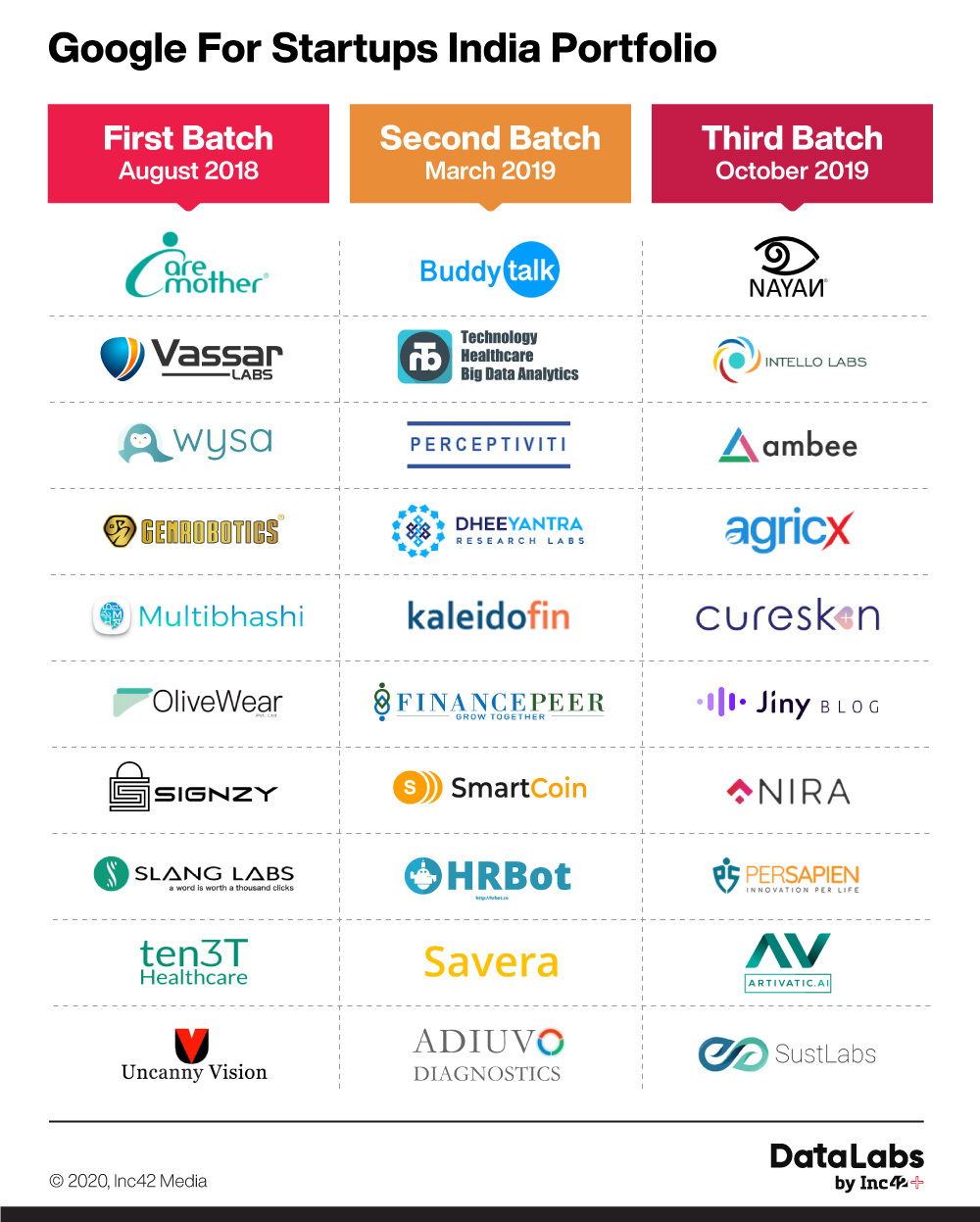 Gender Diversity: The Effort From The Top

“About four years ago when we started our applications, less than 10% of our applicant pool were women. In the most recent class, the number of women applied to the program was around 23%. I think that’s really encouraging and also role models help a lot,” — Paul Ravindranath

Addressing the prevalent gender gap in the startup ecosystem, Ravindranath said that the company has a meaningful and deliberate approach to get more female founders to apply to the programme. He said that the company’s learnings from the past have been that women founders tend to be less bullish about applying to accelerators and incubators and tend to gestate their ideas for a longer time, sometimes waiting for the right product-market fit. “I have seen through just profiling of our applications that there are a lot of founders who have ideas that are not fully formed, but they go ahead and apply and try for support anyway,” he said noting that Google is putting in a conscious effort to move up application numbers from women founders.

Talking about the ecosystem approach and holistic growth for the startup industry, Kiziblash added, “I’ve seen that across the board across all the ecosystem players that everybody’s really stepping up and they’re embracing the virtual format, which has differences in pros and cons from physical interactions, but nobody has stopped, everybody is trying to continue to push forward and we’re certainly encouraging that as well.”